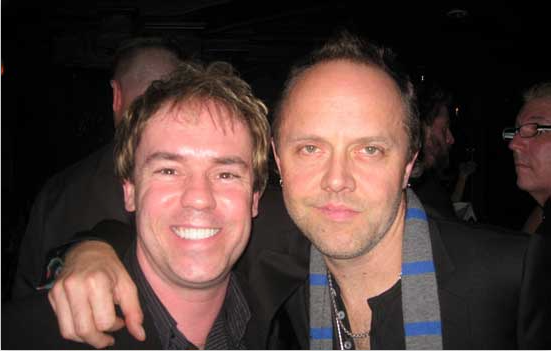 NEW YORK – It was freezing in Times Square on New Year’s Eve 2020, but when John DiGiulio hit the stage with Gloria Gaynor he didn’t feel the cold.

DiGiulio has been working in the recording industry for more than 20 years now, and his website at Johnnyddrum.com features a list of impressive clients. He’s toured the globe with Gaynor, Michael McDonald, and Kenny Loggins, performed with Paul Simon and Barry Manilow, and recorded with Eric Clapton, Nelly, and Arianna Grande, among many others.

But DiGiulio is a Rhode Islander at heart, and his roots are firmly planted in the northern part of the state.

DiGiulio showed us a picture his parents took when he was age 6 – he’s seated behind an enormous drum, stick in hand, his face intent. He started on snare at William Winsor Elementary school and at age 11 he took lessons on a full kit, at Oasis Music in Johnston. When DiGiulio was 15 years old he landed his first professional gig as a drummer.

The band, Sadara, hailed from Harrisville, with Tim Turner on lead vocals, Steve and John Pinder on keys and guitar, Saul Ayotte on bass, and Jim Jenson on guitar.

DiGiulio’s next band, Lee Burton and the Revival, rehearsed in an old mill in Mapleville.

“We played a lot of Creedence Clearwater,” DiGiulio said laughing. “My brother had to drive me back and forth to rehearsals and gigs – I didn’t have a license yet.”

DiGiulio extended his reach into Providence once he could drive, and built his chops working with an eclectic mix of cover bands, original music, and wedding gigs, while delivering papers for the Providence Journal to make ends meet. He learned music theory and studied with the legendary Alan Dawson at the Berklee School of Music in Boston. 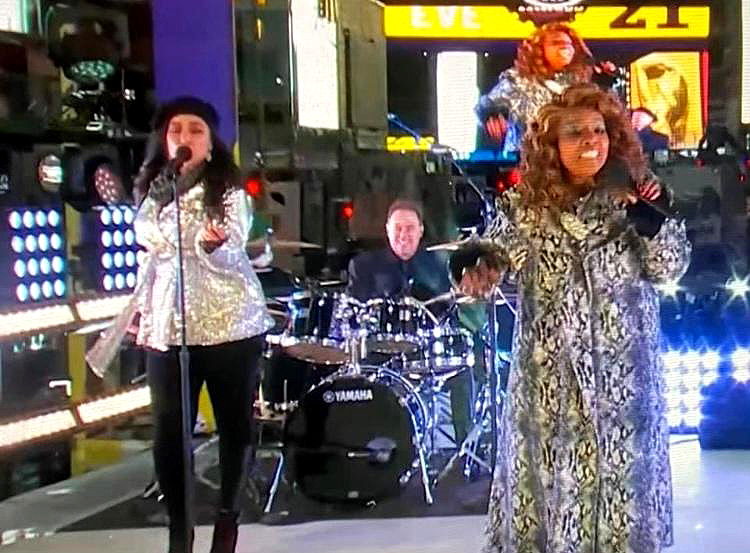 When a colleague introduced DiGiulio to the music scene in New York City, DiGiulio says he instantly knew in he wanted to be there. With absolutely no clue of how he was going to live, he packed up and moved to New York.

DiGiulio was fortunate to have help from friends in making his first connections, but as he gained experience it was his playing that earned him a solid reputation. He says he made a decision at the start.

“I knew I wanted to be a real musician, not just a stage persona,” he said, noting that he’s seen what happens to performers who become media celebrities. “One of the things I like about what I do is that nobody knows who I am. After the gig is over I can walk out the door and go any place I want. The stars get hounded everywhere.”

Even in COVID times, DiGiulio is busy. He owns a house in New Jersey where he lives and works.

“From my home studio, I record drum tracks for different projects via my computer DAW interface setup,” he said. “I’m currently recording drums for Gary US Bonds, laying down tracks for songs that he’s using for Facebook and other media outlets. I’m recording music here for the Westfield High School choral group, and I also record with The B Breakers Surf/Twang instrumental band.”

DiGiulio teaches as well, running Zoom lessons from his studio with students that range from local, to as far away as Puerto Vallarta.

“I practice here, but with the pandemic, there’s no live rehearsals anymore,” he said.

DiGiulio’s been in NYC for 30 years, but he still sees Rhode Island as the home base that gave him his start.

“My time back in RI planted the seeds for where I’m am today,” he said. “I could have easily stayed there, and the wonderful experiences I had put me where I am now. From playing in club date bands, to working with original acts, and getting the chance to open up for national acts at places like Lupo’s, The Living Room, The Campus Club, and so many others.”

“I had a lot of people who influenced me back in RI and encouraged me to pursue my dreams, DiGiulio added. “As scared and uncertain as I felt, I always had support from family, friends and peers, who all said I should go for it. I’m really thankful for my northern RI family, and for all my RI family and friends.”