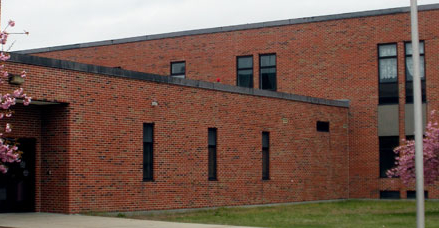 BURRILLVILLE – With 95 percent of staff now healthy and ready to return, Supt. Michael Sollitto said the district is now considering increasing in-person instruction to two days a week for Burrillville middle and high school students, with a potential start date in early February.

The tentative plan would also see a change to an alphabetic-based system, with students whose last names begin with the letters A through L attending on Tuesdays and Wednesdays, and those with the letters M through Z learning in-person on Thursdays and Fridays each week. Mondays would remain a distance learning day for all students.

It would be a step forward for the district, which currently only offers one day a week of in school instruction to students in the higher grade levels, with the exception of specific high-need learners and recently, third year career and technical education students. Elementary school students in Burrillville currently attend Tuesdays through Fridays.

“Classrooms will not be as full,” Sollitto said of the change to an alpha-based system for older kids, which allows for greater distancing. “If things go well, we’ll look at expanding things later on in the year.”

Sollitto said the tentative date for the change would be Tuesday, Feb. 2.

“We’re in weekly discussions about what’s working well, what’s not working well,” he said. “Our goal has always been to bring students back safely. I think this is the next step we need to take in order to achieve that.”

School officials closed Burrillville schools in early December, citing difficulty in staffing classrooms amid rising cases of COVID-19 and the need to quarantine. The superintendent said that in a recent survey, some 95 percent of staff members said they were healthy and ready to return.

Plans are also in the works for the return of some winter sports. While practices at the high school level began on Monday, Jan. 4, Sollitto noted that the governor’s executive order currently prohibits competition between schools through Tuesday, Jan 19 – and could be extended.

“The scholastic league has been advocating to get a definitive date for when games can begin,” Sollitto said, noting that state officials are still analyzing virus data.

When games are allowed to resume, no spectators will be allowed at many competitions through the winter season. The rule will apply to school gymnasiums, Sollitto said, but not hockey rinks, which are larger, revenue dependent, and typically run by outside groups.

“All of us who have been in school gymnasiums realize how claustrophobic they can be,” he said.

The district does have plans to stream games online through the National Federation of High Schools, with details to be shared on the Burrillville School District Facebook page.

“We’re hoping that in some iteration high school sports will begin again in the upcoming weeks,” Sollitto said.

The district also has tentative plans to offer on-site COVID-19 testing in school for asymptomatic students next month through the Department of Health. Sollitto said a day-long event at Burrillville Middle School may take place on Tuesday, Feb. 9, with details to be released closer to the date. The voluntary testing event will require advance registration.

“The Department of Health sends people to do the testing,” said Sollitto.

The latest moves are part of an ever-changing plan to continue educating students as effectively as possible through the pandemic.

“I want to thank the staff, our students, parents, families, community members for your support and just remind folks that we are always here,” said School Committee Chairperson Alexandra LeClair. “We’re here to support you and get everyone through the pandemic, so definitely reach out if you need anything.”