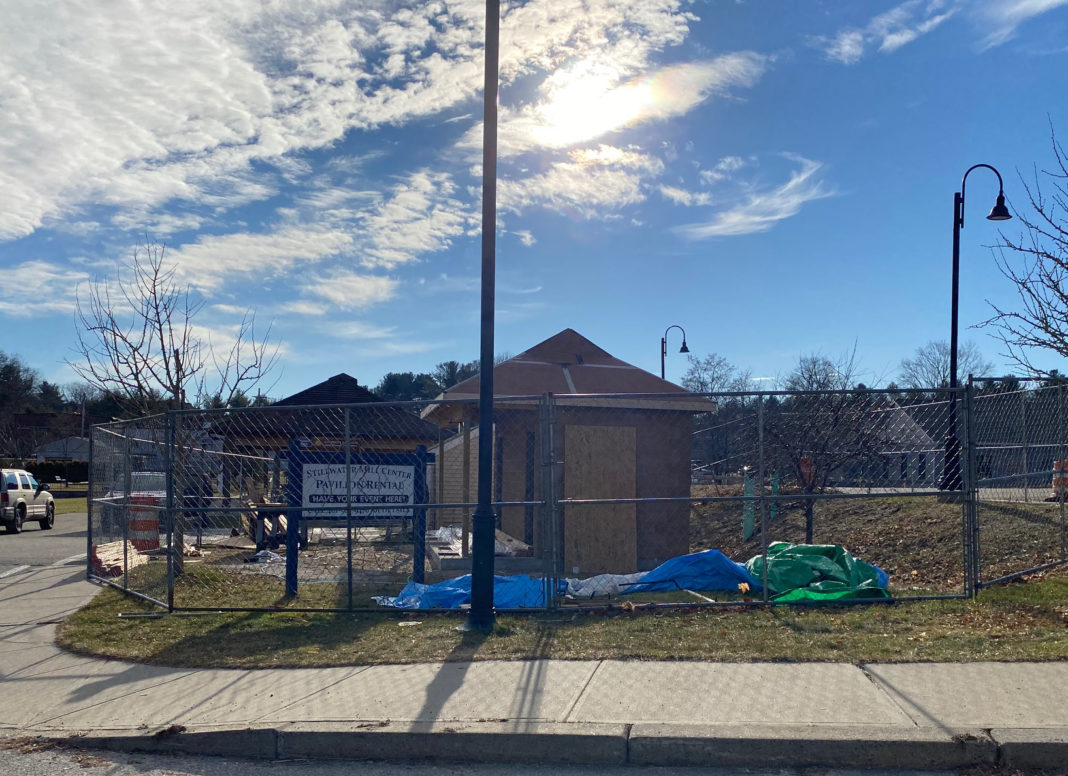 BURRILLVILLE – The Burrillville Redevelopment Agency’s latest improvement in Harrisville will provide added convenience for visitors to the Stillwater Mill pavilion, located on the grounds outside Jesse Smith Memorial Library.

Stillwater Construction is roughly halfway finished with a project to build a new bathroom by the structure, an area used for community events such as weekly farmer’s markets over the summer, and the town’s annual Clean & Green Day. Agency Chairman Jim Langlois said the facility will feature separate men’s and women’s bathrooms, and will be connected to municipal water and sewer.

“Stillwater Construction should have the facility ready to open this spring,” Langlois said. “It is the agency’s hope that this addition to the Stillwater Mill Redevelopment District will enhance public events that take place at the pavilion by providing comfort and convenience for the many patrons that attend the various gatherings held there.”

The town also rents out the pavilion, and Langlois noted that the new facilities will make the venue more appealing to those looking to hold an event.

The redevelopment agency provided around 60 percent of the funding for the roughy $120,000 project, with the balance supplied through a grant from Ocean State Power.

Circumstances surrounding that grant were subject to some speculation last month, after left-leaning news blog Uprise RI noted that the funding was secured at the same time town officials began discussions regarding a new tax treaty with the company.

Langlois noted that future plans for the new structure will include a informational sign/map mounted on the exterior, pointing out the many points of interest in the Harrisville village area.