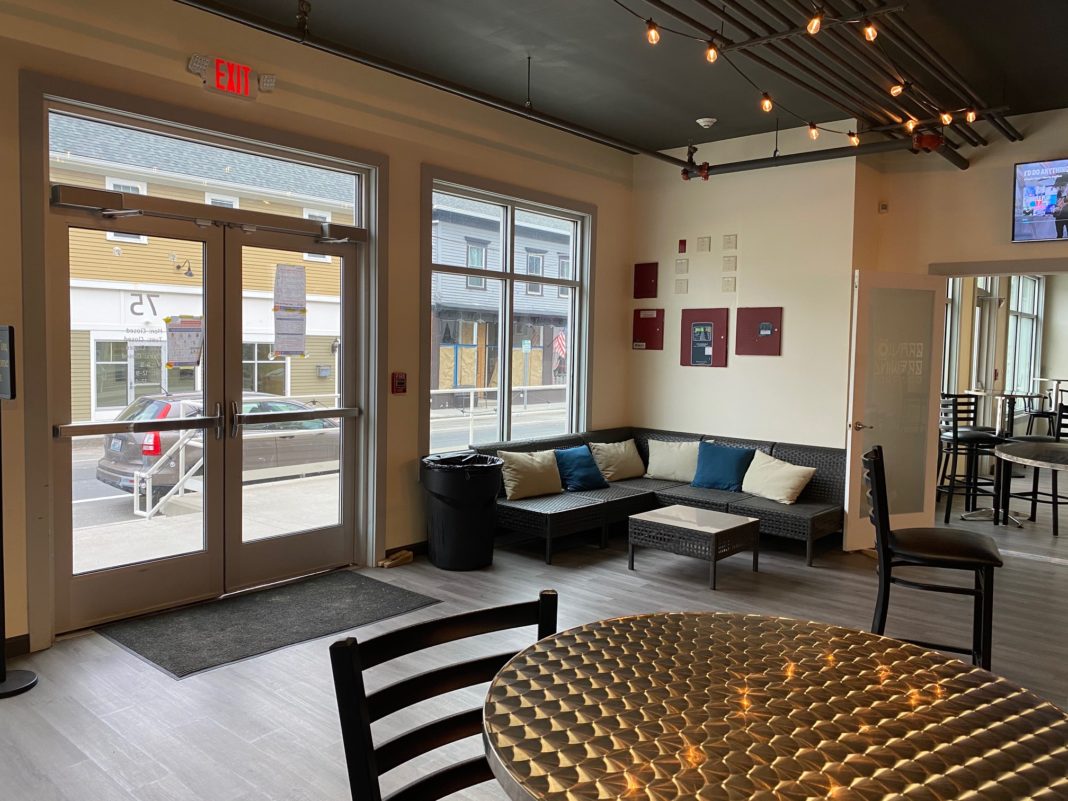 BURRILLVILLE – Somehow, it seems, much has changed in the world since Chris and Brianna Mishoe opened Bravo Brewing Company in the fall of 2019.

The Pascoag brewery – the first of its kind in Burrillville – got off to a great start last year when locals got their first chance to try Bravo originals, from the Union Jack English Pub Ale, to their “Easy Company,” Hefeweizen. 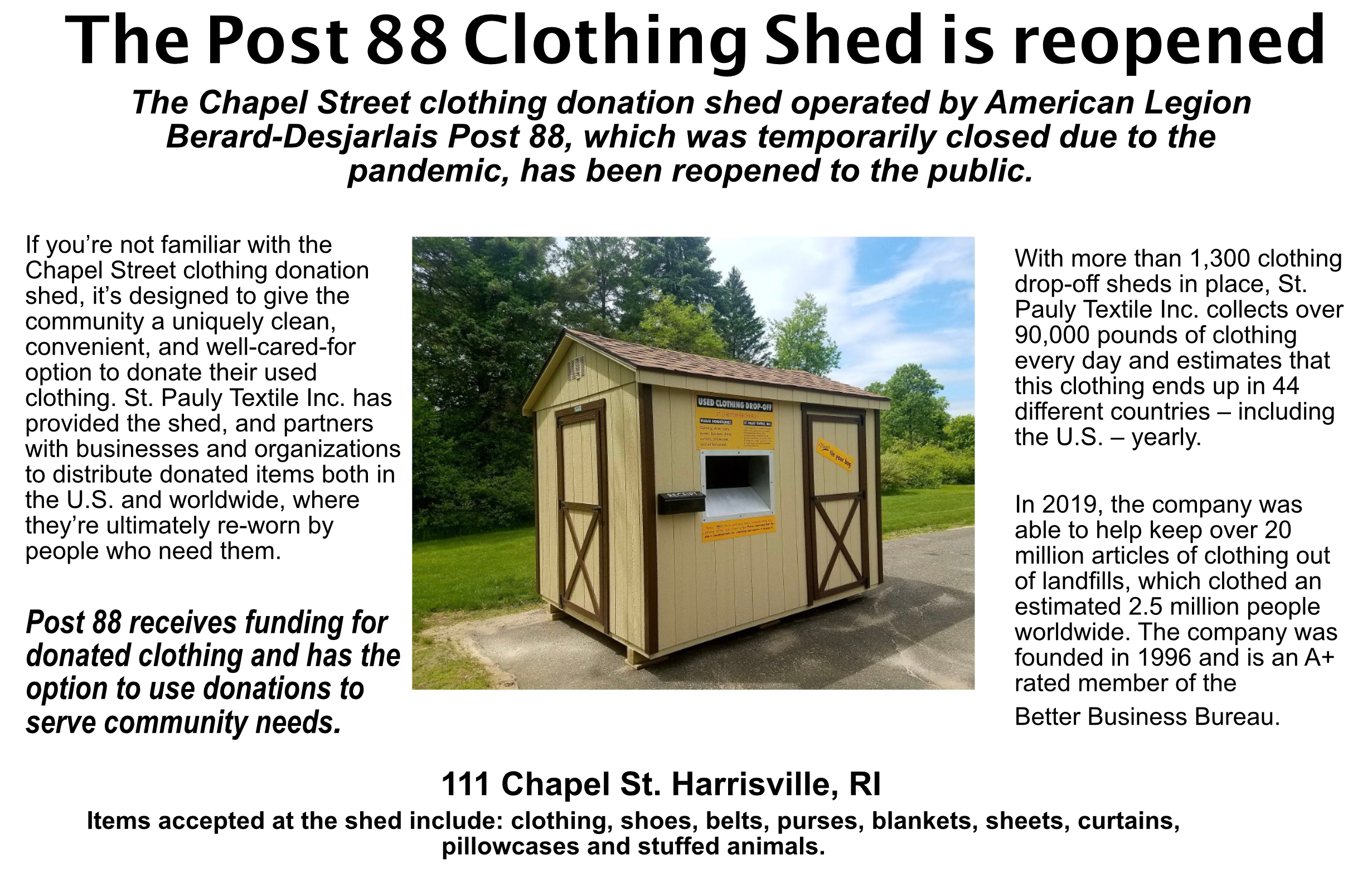 In fact, the Mishoes, originally from Maine, soon found themselves in need of more space, and made plans to expand last year into a second lot in their building at 75-81 Main St.

“Demand was a little higher than anticipated,” Chris told NRI NOW this week.

The extra space, the brewers hoped, would allow for double the taproom to keep up with the growing demand.

“It was going to basically support more production,” Chris said. “We were working frantically to try to keep pace.”

But like all plans for the year 2020, the idea came to a screeching halt last March as the region reacted to the threat of COVID-19.

After a brief closure, the couple decided to use the extra space to put in additional tables amid capacity restrictions.

“We were fortunate that was a vacant area and we were able to add seating capacity,” Chris said.

The establishment also began offering fresh brewed beer to go, and with the sale of canned four-packs and growlers, the Mishoes soon found they were selling about the same amount of stock as they did before the virus put a major hitch in the idea of “going out.”

And recently, the brewery acquired a third space in the building, a newer structure erected in the village’s downtown center as part of the town’s large-scale redevelopment plan.

“We made a bit of a risky move acquiring that during COVID, but we had no storage space,” Chris said.

A quick look around the modern, spacious brewery makes it easy to imagine why the business has remained a somewhat popular destination, even as locals have looked to limit their contact with others. Around a dozen high-top tables are situated well beyond the required six feet apart, with additional seating available on an outdoor patio, weather permitting. 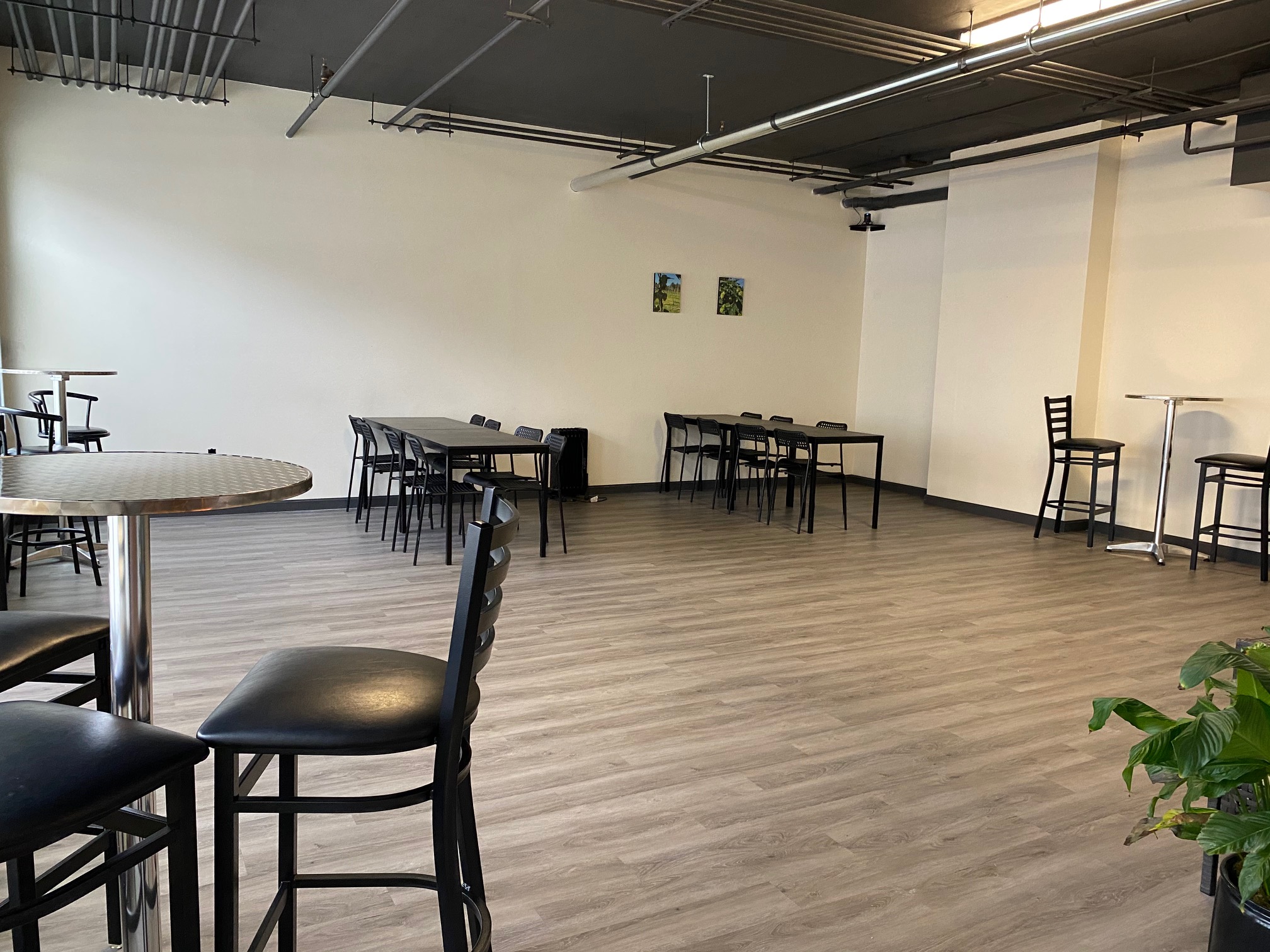 Through windows to the right of the bar, patrons can see equipment, including fermentation tanks, and watch the brewing process, as the masked beer chemist whips up concoctions in an immaculately clean taproom.

“People are kind of on the fence about going out or not,” Chris said. “Hopefully if we offer them a place where they’re more comfortable, they’ll be able to stay awhile.” 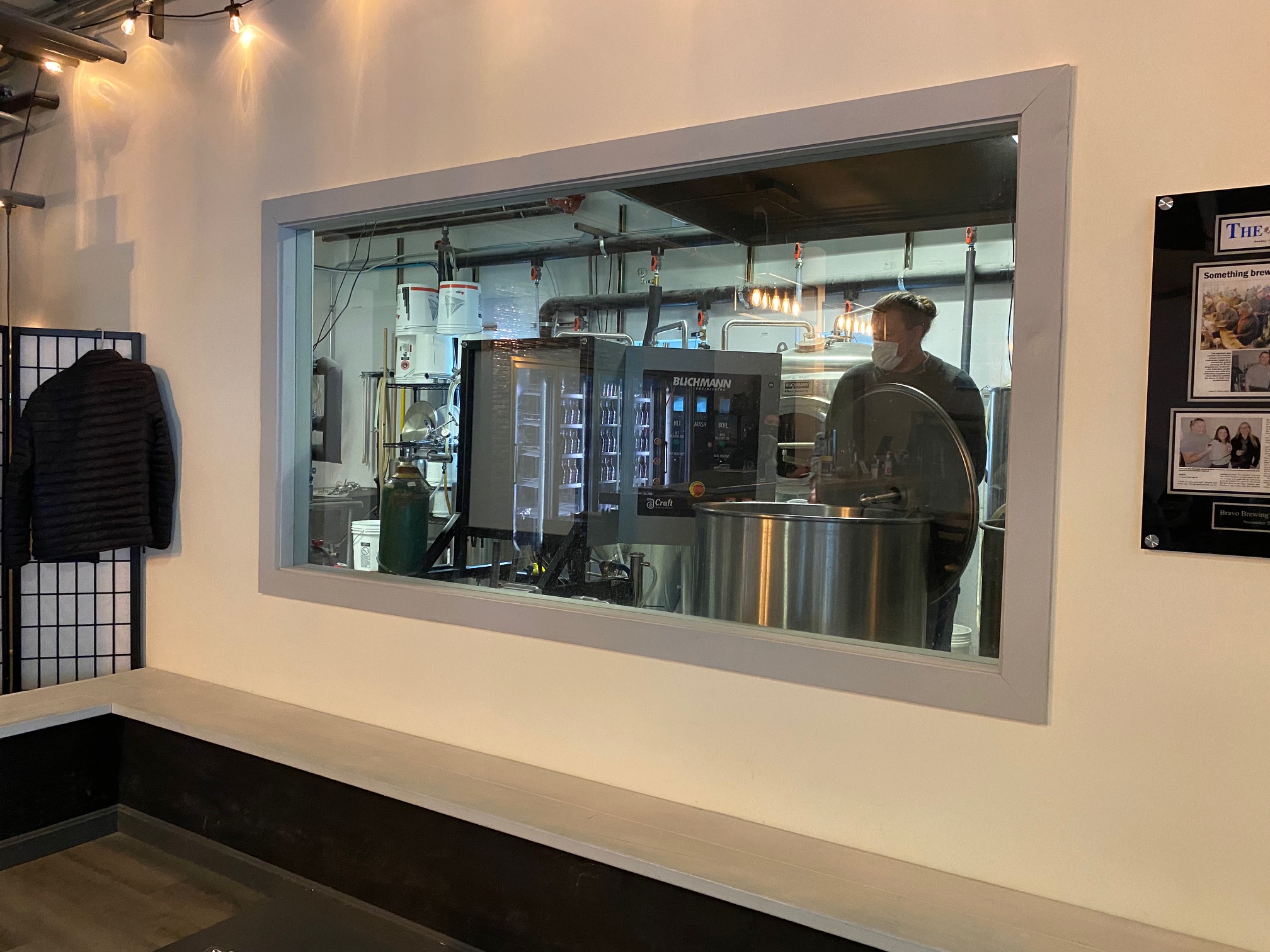 Original brews of varied flavors pour from 12 taps, including a few Chris calls “experimental batches,” such as sours; a crisp, tart draught that pairs well with fruit styles.

“It’s been a huge seller,” Chris said of the sours worked into his ever-changing beer offerings. “We want to have enough continuity that people will recognize some of the beers, and get excited about the new batches.”

The most popular beers, he notes, are always the New England IPAs, but there’s always space for newcomers, particularly at a time when the brewers themselves don’t have much else to do.

“It’s given us a little more time to do recipe development,” Chris said of the pandemic slowdown.

Bravo was recently approved for sale of non-alcoholic beverages and some snack foods, and is now offering pretzels.

Their first batch of non-alcoholic seltzer, meanwhile, is set to launch in the upcoming days.

“It’s going to be small offerings that pair with the beer,” Chris said of the food. “That’s our goal as we progress.”

It’s just one piece of a well-brewed business strategy that seems to have staying power in Pascoag, even through what we all hope has been the worst of times.