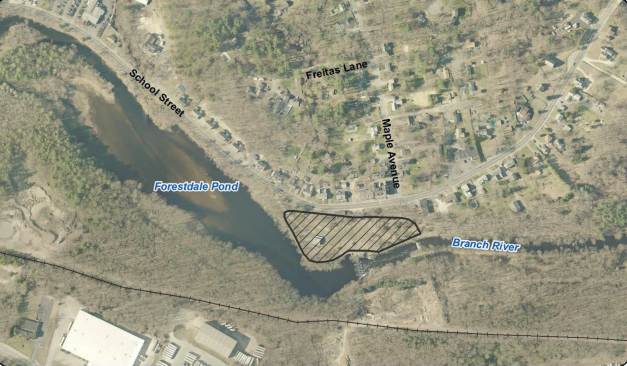 NORTH SMITHFIELD – The Environmental Protection Agency will continue work at the site of the former Stamina Mills following a five year review of remediation efforts that found contaminants in groundwater and wells surrounding the property remain high.

The agency recently completed the review as part of an ongoing effort to clean up the property from a chemical spill in 1969. “Sources of contamination included a TCE tank and spill area, a septic system and an on-site landfill from which contamination may have migrated via raceways under the former mill buildings,” a background write-up in the report notes. “Contaminants suspected to be present in the landfill included TCE, polycyclic aromatic hydrocarbons, sulfuric acid, soda ash, salt, detergents, waste fabrics, dyes, wool oil, plasticizers and pesticides.”

The property was added to the agency’s list of Superfund sites in the 1980s, and a remediation plan was put in place to treat the soil and groundwater. Residents in the area were added to the Slatersville Water Supply.

“The remedy has improved groundwater conditions, but source areas remain and high concentrations of contaminants in groundwater remain on site,” the report states.

It is the fourth time the federal agency has conducted a five-year review of the School Street. A release from the EPA notes that the program investigates and cleans up the most complex, uncontrolled or abandoned hazardous waste sites in the country and helps return them to productive use.

Earlier this month, the EPA demolished the last remaining vestige of the textile mill, an office building that was found to be releasing asbestos into the surrounding environment.

“One of EPA’s major priorities is continuing to make progress cleaning up Superfund sites in the New England region,” EPA New England Regional Administrator Dennis Deziel said. “Once a site, or part of a site, is cleaned up, EPA conducts regular reviews of the cleanup to ensure that it remains protective of human health and the environment.”

The review notes that, “in order for the remedy to be protective in the long term,” additional measures are needed.

Testing and remediation efforts at the site will continue, with the next review expected in 2025.