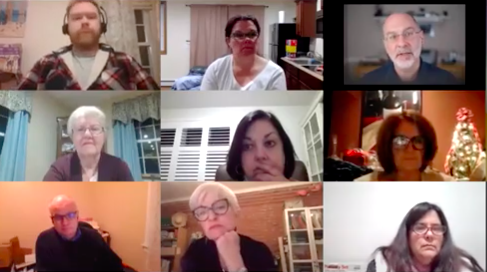 NORTH SMITHFIELD – Students in the North Smithfield school district will return from winter break two days later than allowed by the state, following a recommendation this week by Supt. Michael St. Jean.

“That will give a week for everybody to isolate,” St. Jean told the School Committee Tuesday, pointing to families who gathered for Thanksgiving, despite restrictions aimed at limiting the spread of COVID-19. “We’re all anticipating that the same thing will happen on Christmas Eve, Christmas Day and New Years.”

“The concern is without this buffer before return to school, we’re going to have a lot of people coming back asymptomatic, and eventually they will spread the coronavirus to others,” St. Jean said. “All data, all statistics indicate there will be a surge of cases.”

The recommendation follows an announcement this week from the Rhode Island Department of Education of a statewide change to school calendar that will see students in all districts returning to in-person learning no earlier than Thursday, Jan. 7,  but “no later,” than Friday, Jan. 15.

“Between all the gatherings that happen over the holidays, between all of the quarantining that’s supposed to happen but may not happen, the commissioner, the governor gave a buffer for distance learning after the holidays,” St. Jean said.

“I’m not prepared to recommend that amount of time,” he added of the later date.

The two additional days after RIDE permits a return, he said, will allow extra time for symptoms to show among students who travel, but don’t follow quarantine mandates.

“There’s mandatory quarantine if people travel to a hot spot which is basically the entire country right now,” St. Jean said. “We have a lot of families that do travel, that do go to these places and they’re not necessarily up front when it comes to quarantining on their return.”

“It is not ideal,” said Committee member William Connell, noting that he’s hopeful vaccines will be rolled out prior to the next major holiday.

“I’d like to see students in class as much as possible,” said Committee Chairman James Lombardi. “I don’t know that there’s any other alternatives.”

“I can see deterioration of my own children – just by not seeing other kids, not doing sports, not doing other things,” Lombardi added. “I don’t know the answer.”

“As much as we don’t like to do this, I think we have no choice,” said Committee member Jean Meo.

“We know the kids need to be back in school. We know it is very difficult for families arranging child care,” St. Jean said. However, “When we return to in-person instruction it should be safer for everyone. Not more convenient for our families, but safer for our staff and our families.”