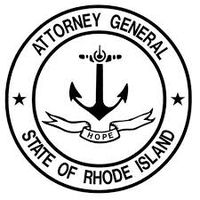 NORTH SMITHFIELD – Members of the North Smithfield Planning Board and the North Smithfield Conservation Commission did not violate the Open Meetings Act when they toured the property where Green Development is building a solar farm last June, according to a ruling by the state Attorney General this week.

The decision answers a complaint by Valley Breeze reporter Lauren Clem, who alleged that the boards violated the OMA by conducting the tour outside of the public purview.

According to Clem’s complaint, “Green Development Founder Mark DePasquale approached the group and announced that only individuals who were covered under the town’s insurance policy, including members of the [Board and the Commission], would be allowed to participate,” citing insurance concerns and the concerns of the landowner.

A response provided by Town Solicitor David Igliozzi, however, noted that the Conservation Commission did not have a quorum present, with only three out of seven members attending the tour.

Noting that the boards were, “dangerously close,” in a letter to Clem and Igliozzi dated December 10, Attorney General Peter Neronha notes that neither board ultimately violated OMA.

“Based on the totality of the evidence before us, we determined that the Conservation Commission did not convene a meeting outside of the public purview as contemplated by the OMA because a quorum of the Commission was never present,” the letter states. “We further determined that although the Planning Board had a quorum present and retained supervision, control, jurisdiction, or advisory power over the solar project that was the subject of the tour, the Planning Board never engaged in a ‘collective discussion,’ as to the solar project and thus did not violate the OMA.”

The decision did, however, strongly urge the Planning Board to exercise caution as to future assemblances outside of an open meeting that could implicate the OMA.