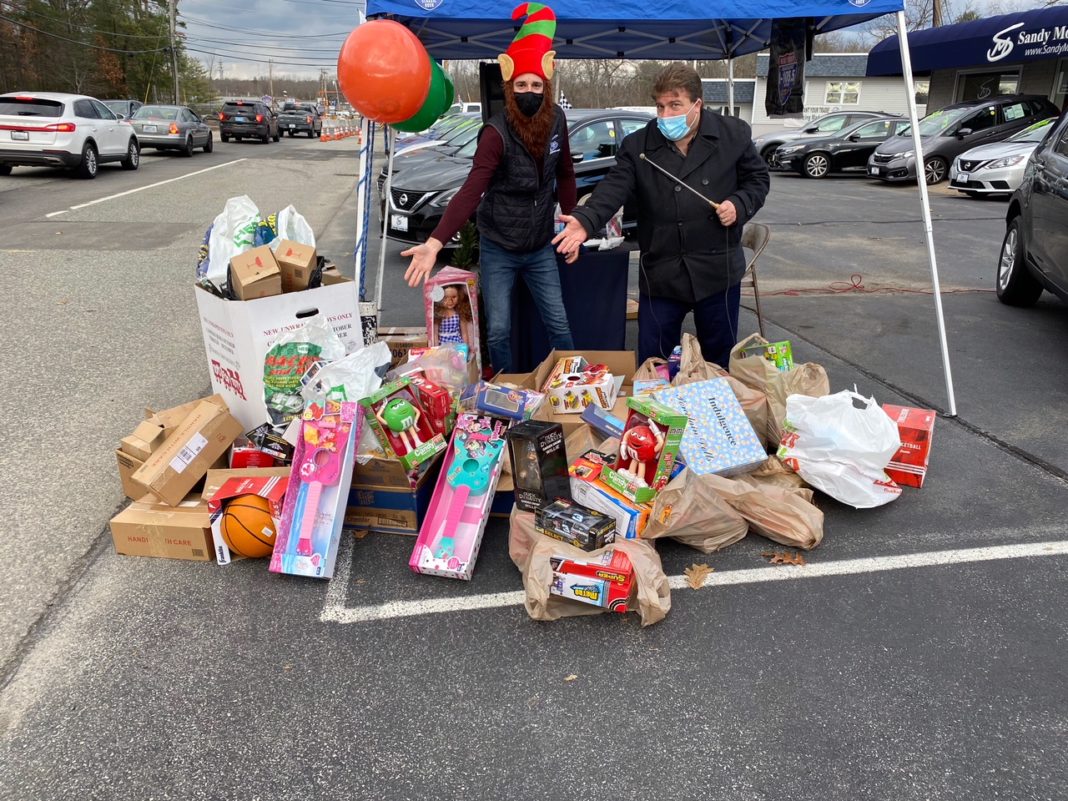 BURRILLVILLE – The recent Buckleupallofus Toys For Tots toy drive event helped to generate hundreds of unwrapped toys to be dropped off for kids this Christmas.

Staples provided thousands of Weicherding’s Child Safety Coloring Posters to toy drop off locations across the state of Rhode Island, the toy drive event and their in-store counters for customers to take home to their kids.

Normally, the Toys For Tots Toy Drive puts toy drop boxes in area businesses from November through December hoping people will stop by with an unwrapped toy. This year marks the 5th year that the radio station and Sandy Motors had a toy drop box in the businesses, but according to Weicherding, organizers were amazed by what happened when they hosted an actual toy drive event. The event had a Buckleupallofus Child Passenger Holiday Safety theme, along with a live radio broadcast.

“The toys received in the event’s four hours surpassed all other toys collected in the previous years, combined,” Weicherding said.

Weicherding also wrote an article about the Toys For Tots Toy Drive Event in Motorhead Magazine that helped attract many of his car show and cruise night buddies to arrive with toys for the kids.  One read the article and filled up his Chevy Nova trunk full of toys and came back again with a few more toys in his Chevy Silverado. He even gave Weicherding a collector set of Dale Earnhardt Jr. race car drinking glasses because he said he appreciates everything he does to keep kids safer.

Not only did the event attract classic car, hot rod and cool truck owners dropping off toys, radio station listeners stop by from all over the area. It was a gorgeous day. People listening to the live radio broadcast came from as far away as Westport, Mass., East Providence, Burrillville and even Putnam, Ct. to help Toys For Tots. Police officers and firefighters from across the area also dropped off toys during the four hour long event.

The hundreds of unwrapped toys collected will be heading to the US. Marines to be brought to kids in need this Christmas morning.

Weicherding said he now hopes to hold the event annually.