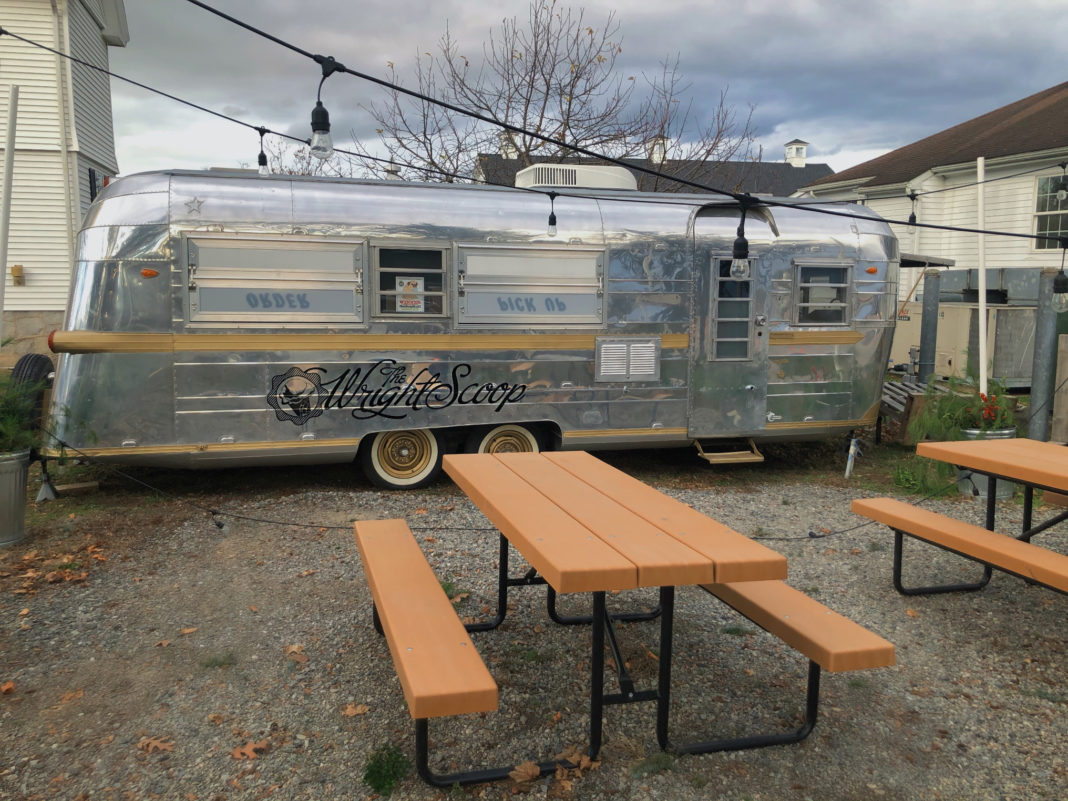 NORTH SMITHFIELD – It’s a crucial way for the business to gain feedback on new flavors, and it could make a unique – and tasty – gift for the ice cream lover on your list.

The Wright Scoop’s membership-based Test Batch Club allows participants to try out new flavors before they launch, providing feedback that can determine what makes it onto the menu.

After becoming a novel hit with a pop-up shop at the family-affiliated bakery, Wright’s Dairy Farm, The Wright Scoop officially found a permanent home in 2019 in a renovated 1966 trailer named The Countess. That same year, they launched the brand new, members-only program that allowed customers to test 13 mystery ice cream flavors, one each week, before anyone else—including the farm’s staff.

Wright’s marketing manager, Kelly Lemoine, said that the Test Batch Club was the perfect solution to one of the Scoop’s biggest problems.

“We can only get so much feedback from staff,” Lemoine said. “The ice cream eating was getting more and more, and the survey filling out was getting less and less.”

The less response they received—and the more ice cream they threw away— the more it became evident that they had to look to their customers for help, and the Test Batch Club was born. With an inaugural 50 members, who Lemoine refers to as the “OG Test Batch members,” the program became vital to the development of The Wright Scoop and its flavors leading up its seasonal opening in the summer.

“90 percent of our OG members were not fruit lovers and were more Oreo and coffee kind of ice cream lovers,” she said, and with the original lineup consisting of mainly fruit flavors, the weekly surveys helped staff cater more to their customer’s requests.

The members’ feedback was so useful in helping the shop expand its menu that its impact has had long-term effects. Lemoine notes that because of the many requests stemming from the pint-sized samples given out to the club members, they began selling them in addition to their traditional quarts, and at least half of the test flavors last year have made their way into The Wright Scoop’s menu.

In January, the Test Batch Club’s second year will be under way, and the offered flavors will be  influenced by the customer response last year. Since the program relies so heavily on the feedback they get, members receive a complimentary sundae for themselves and a friend during their 2021 season if they fill out all of their surveys.

Membership to this exclusive club can be bought as a gift this holiday season.

“It’s perfect for an ice cream lover. No one else gets to try these flavors,” said Lemoine, also noting that branded freezer bags are now available for pick up to those who have already gotten their membership. “Something to look forward to each week might be a nice little pick-me-up people need.”

Since the program is so exclusive, supplies are going fast leading up to its kick off the second week of January. To purchase a membership while they are available, visit the Test Batch Club information page here.