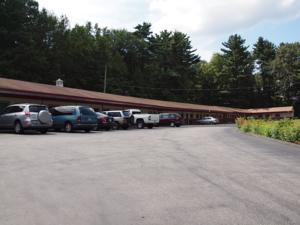 NORTH SMITHFIELD – A 30-year-old Boston man picked up on a warrant on Friday, Oct. 23 at Hilltop Motor Lodge, was arrested again just six days later at the Eddie Dowling Highway motel for possession of a stolen vehicle.

According to arrest records, Essie Billingslea of 53 Wildwood St., Boston, Mass. was first arrested after police, investigating suspicious activity, discovered the he was wanted by the Woonsocket Police Department for domestic violence charges.

Following his arraignment, Billingslea was released on $5,000 personal recognizance.

Back on patrol at the motel on Thursday, Oct. 29 police reportedly saw Billingslea exit a vehicle with a girl, and ran the registration on the car, a silver Subaru Impreza.

The vehicle had been reported stolen out of Boston, Mass. and Billingslea was unable to provide the name of the owner, according to police.

He was charged with possession of a stolen vehicle and transported to 3rd District Court.

Billingslea is due back in court for the Woonsocket charges on Thursday, Dec. 10, and again for a pre-arraignment conference on Friday,  Jan. 29 for the case out of North Smithfield.