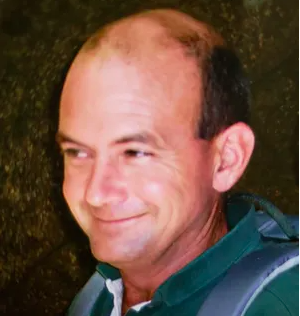 NORTH SMITHFIELD – A well-known father of three and the older brother of a U.S. Senator died unexpectedly this week at the age of 58.

Martin McSally died on Wednesday, July 1. He was one of five McSally siblings raised in Warwick, a husband, and the father of two sons and one daughter.

His sister, Martha McSally, has served as the junior U.S. Senator from Arizona since 2019. She also served as the U.S. Representative for Arizona’s 2nd congressional district from 2015 to 2019. A Republican who previous served in the Air Force, Sen. McSally is also known for her successful suit against the United States Department of Defense in 2001, challenging the military policy that required U.S. and U.K. servicewomen stationed in Saudi Arabia to wear the body-covering abaya when traveling off base.

Martin McSally’s obituary notes that he worked in construction, and was a bright man known for his knowledge of trivia. He was a avid reader, sports fan and gifted piano player.

News sources in Arizona and beyond made note of the obituary, and the senator posted about the loss on social media.

“My heart is broken by the unexpected passing of my brother Martin last week at way too young an age,” Martha McSally tweeted Sunday. “I love him deeply and miss him so much but know he is with God and reunited with our Dad. Grateful for prayers for our whole family.”

The McSallys’ father, Bernard McSally, died at age 49 after suffering heart attacks, according to a book written by the senator.

Instead of flowers, the family is asking for donations to the North Smithfield Athletic Association to benefit North Smithfield team sports where Martin’s sons played track, lacrosse and football. Donations can be sent to P.O. Box 478, Slatersville, RI 02876.

A Mass and burial will take place  at 11 a.m. on Tuesday, July 7, at St. Mary’s Star of the Sea, 864 Point Judith Road, Narragansett. The church will have reduced capacity due to the pandemic, and strict adherence to CDC guidelines and masks will be required. Burial will be private.