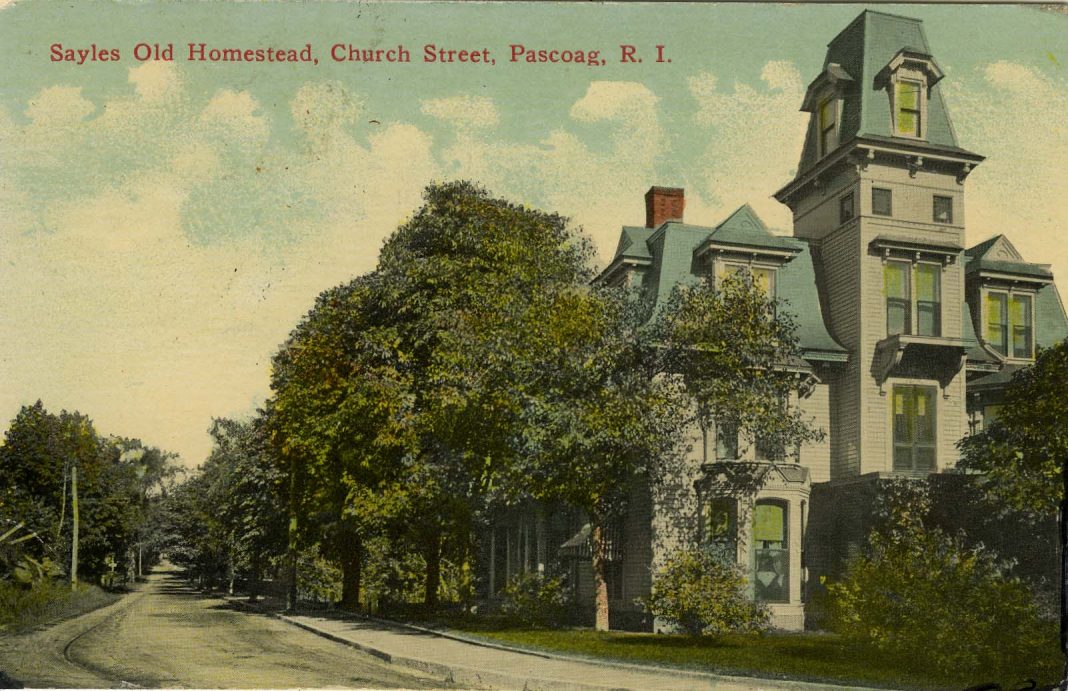 Welcome to Burrillville Then & Now, where we take a glance back at how the town used to look, then show how the same space looks today.

With photos and information provided by the Burrillville Historic & Preservation Society, we look now at the Albert L. Sayles Mansion. The home of Albert L. Sayles was a large, beautiful mansion located across from what is now CVS in Pascoag and where today there is a small plaza on the corner of Church Street and High Street. It was built in 1875 across the street from his woolen mill which was locally known as the Granite Mill.

The mansion was built by David Mathewson. Mathewson was a contractor and this home was one of the elaborate private homes that he built. He also constructed a number of mills in Burrillville. He lived at Sweets Hill Farm on East Avenue in the old farmhouse that’s no longer standing, and was the son of Welcome Mathewson, a well-known gunsmith who produced very fine flintlock rifles.

Albert L. Sayles was wealthy and was a large financial donor towards the construction of the First Universalist Church in Harrisville. He was considered to be one of the more prominent woolen manufacturers in the state. In 1880 he employed 350 people with the mill running at full capacity.

His two sons, Albert H. and Fred L. became associated with the mill and the business was called A. L. Sayles and Sons. Albert H. and Fred L. both had beautiful mansions in Pascoag. The home of Albert H. Sayles was located on Church Street in Pascoag near the Pascoag Library. The home of Fred L. Sayles was a large mansion called Overlook and was built in 1896. Today it is the site of the Overlook Nursing Home.

Unfortunately the Albert L. Sayles mansion was torn down in 1960 to build a plaza.

Betty Mencucci is president of the Burrillville Historic & Preservation Society. 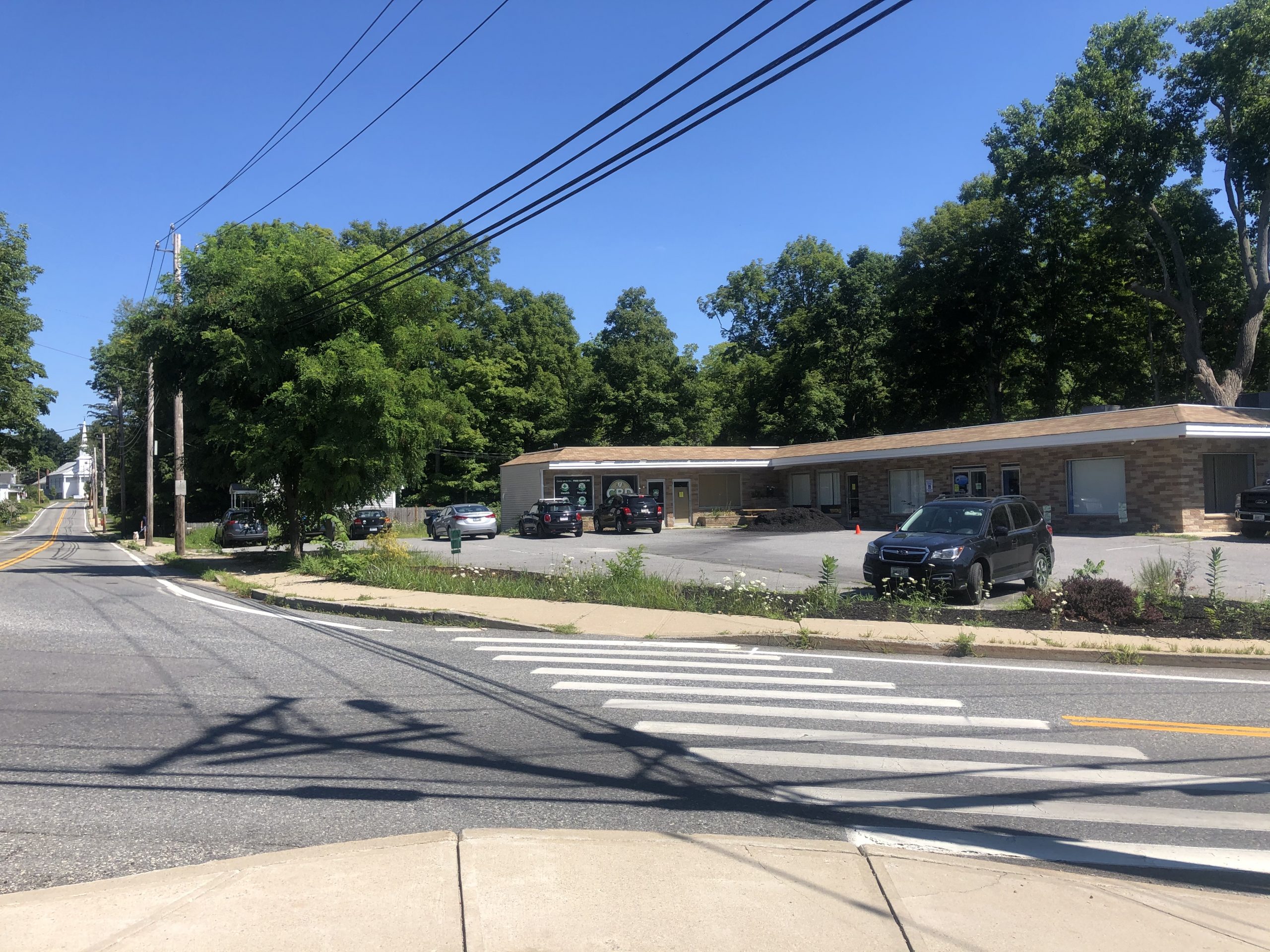