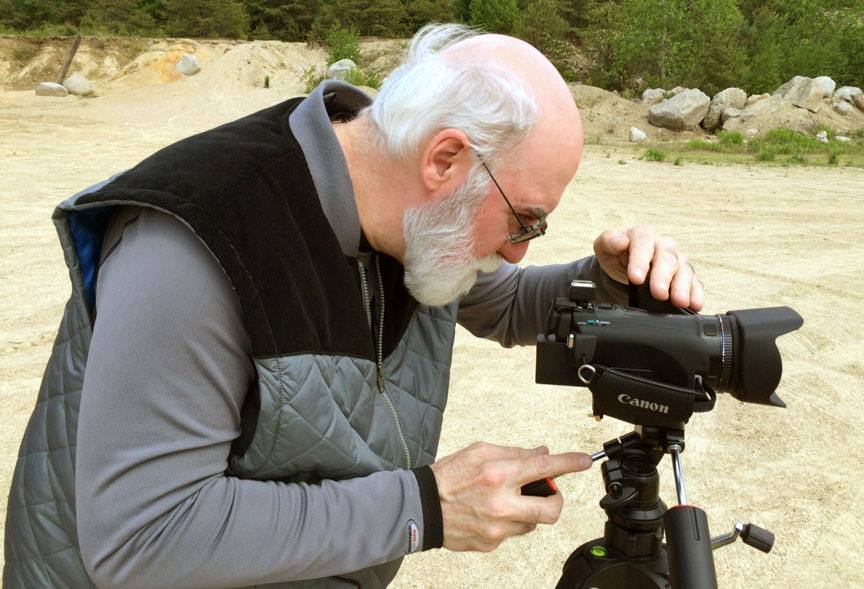 “I liked it because it was different,” said Place. “It was a world I felt at home in.”

When Lost in Space premiered in 1965, he notes he was an instant fan.

“I saw the special effects, and I believed it. I thought – this is really cool,” he said.

It was those first TV illusions, not the CGI of modern films, that launched a life long pursuit of technical ingenuity. Since 2005, Place has been webmaster, location photographer, and video editor at the Rhode Island Film and Television Office, but his work in film began much earlier. He was 12-years-old when he found an old 8 millimeter Brownie.

Lew recalled, “My first attempt was 3-minutes-long and literally nothing but special effects. But my parents saw how serious I was and bought me a Super-8 camera and projector the next year.”

He remembers his first real movie, made in 9th grade.

“It was basically a guy boarding a wrecked ship – again, mostly special effects,” he said.

Place played the guy, built the set, and bleached the film to simulate explosions. Even now, he does almost everything himself, creating his own sets and lighting, writing his own scripts, and making props. He never took any classes.

“I just figured stuff out as I went along,” Place said. “Special effects is all about solving problems.”

In the next few years, Place made 7 three-minute films, but by 1982, his interest had waned.

What followed was a succession of delivery and bench jobs at various companies. Place finally settled in as a custodian at North Smithfield High School. He stayed there 14 years.

“They pretty much left me alone, with time to think, and the pay and the benefits were good,” Place said.

The job also led to some unexpected opportunities.

“That’s where I began painting,” Place recalled. “It started with a science fiction mural in the art room. After that I got other jobs, mostly space or underwater fantasies.”

Largely self-taught, he felt lucky to get airbrush advice from artist Bob Eggleton.

“I met Bob through a sci-fi magazine. He saw a letter I’d sent in raving about his illustrations, and he actually wrote to me,” Place said. “We’ve been friends for over 40 years.”

“I was turning 40 at the time and didn’t want to spend the rest of my life there even though I had nowhere to go,” he said.

Two months later he was involved in films again, landing roles as an extra. His first gig was on Meet Joe Black, a job he said he never expected to get.

“At the audition, there were these very distinguished looking men with silver beards,” Place said. “Luckily for me, they were looking for something different.”

Whatever different quality Place happened to have, it carried him for 9 years, landing him roles in films such as A Civil Action and Mystic River, along with a variety of TV shows, including Brotherhood.

It was somewhat by accident that Place came to be hired by the Film Office. He met Carol Conley, now assistant to executive director Steve Feinberg, at a screening for extra work. They exchanged cards and Conley thought of him when she got work at the Film Office.

Place was hired initially to take photographs, but as his innovative abilities became apparent, he also became the office webmaster. When the first digital cameras appeared, Place says he became interested in film making all over again – the possibilities far surpassed those of his old 8mm.

Around 2007, he began doing film editing for the office. In 2013, when Steve Feinberg began work on the Pell documentary with his own production company, Place became editor and associate producer. Pell went on to win numerous awards, and Place received a Producer’s Circle Award at the 2013 Flickers RI International Film Festival. 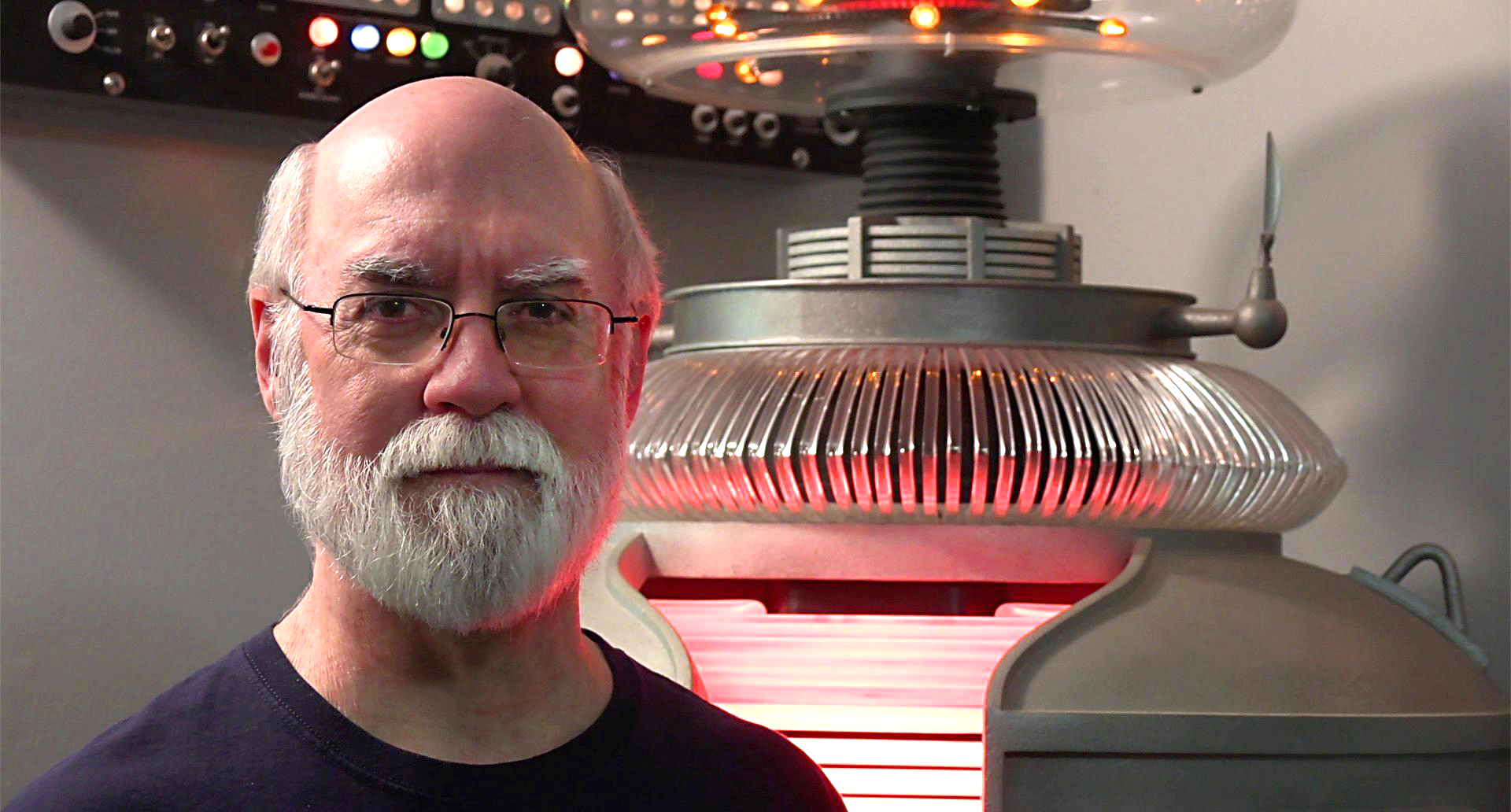 “He introduced computers into shooting special effects, and George Lucas made him head of ILM, the company that did Star Wars,” Place said. “I’m also a huge fan of Doug Trumbull (Close Encounters of the Third Kind) and Johnny Wilson, the digital compositor behind most of the Marvel movies.”

Place built his own production studio and began to make special effects films that rivaled the Hollywood versions. Working on Adobe Premiere Pro, he turned the first floor of his house, along with the back yard and barn, into his own green screen production lot.

His next movie, Forward to the Past, took nine.

One of the sequences was filmed at an army training ground in Coventry.

“While we were there, two Black Hawk helicopters took off from behind a ridge,” Place said. “I wanted to use it in the movie but the characters were running from a dinosaur in a different century.”

Place says he is now working on a sequel, Harper and Binks, a sci-fi comedy named after the main characters from FTTP.

“These two ship mates have been working in space too long and they pretty much bicker their way across the galaxy,” he said.

Once again, he is doing nearly everything himself, transforming his garage into a control room, and experimenting with special effects.

Asked why he hasn’t tried to go further in films and work for one of the big studios, Place replied, “This is a business that I wanted to get into my whole life. But once I saw the frantic pace and the pressure behind the scenes, I didn’t want to have to live and work that way.”

Place looked around his office, filled with robots he’d built himself.

For a behind the scenes look at special effects, visit http://www.lisrobot.com
and for photos and film updates, visit facebook.com/profile.php?id=1071609453