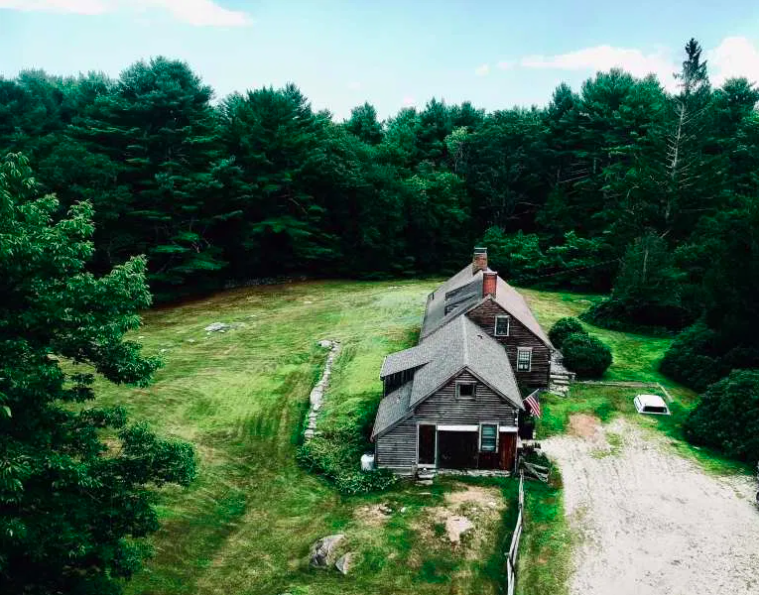 BURRILLVILLE – Noting there is no evidence for allegations that the owners have held unlicensed events, members of the Town Council unanimously approved several permits for upcoming “ghost investigations,” at an allegedly haunted farmhouse that has brought national attention to Burrillville.

The 300-year-old Round Top Road farmhouse, the inspiration behind the 2013 hit horror movie The Conjuring, was purchased last year by a Cory and Jennifer Heinzen of Maine.

For the past year, the Heinzens have worked to open up the property to visitors, and have brought new national attention to the property, with events such as a special on the popular Travel Channel show Ghost Adventurers that aired on Halloween night.

Last week, the Heinzens applied for permits to hold special events at the property on June 17, July 25 and August 29. The applications are the latest in the Heinzens’ ongoing commercial franchise at the former Arnold Estate.

When the couple last applied for permits in March, some neighbors spoke against the approval, with complaints that traffic and activity had become a nuisance.

Following the meeting, the Heinzens told NRI NOW that they have been actively addressing neighbors’ concerns, managing traffic and even buying one a security camera.

The business’s social media page has published appeals to guests to respect the neighborhood, and even served as a forum for the Heinzens’ own complaints, recently addressing some late night visitors.

“Thanks for leaving the driveway to park your cars in the middle (of) the road and get out with flashlights, like we don’t see what you are doing,” one post noted.

Previous owner Norma Sutcliffe had complained of similar troubles, noting that those curious about the supernatural would show up at the property at all times of night.

“I would like to know how the Conjuring house (is) still able to number one, act as a business in a residential area, and number two, still charge people to hold events and not follow social guidelines,” Baricko wrote.

At the council’s June 24 virtual meeting, Solicitor William Dmitri noted that the social media posts were vague, and may have referenced permitted events.

“There’s no specific dates referenced in those Facebook posts,” he said. “All of these posts could have been related to the period of time when they were granted a license.”

In regard to Baricko’s complaints that guests weren’t following statewide mandates regarding social distancing he added, “That’s neither here nor there as far as licensing is concerned.”

And to allegations that people are living in a barn on the property he noted, “That’s a housing issue.”

Councilors agreed that there has been no evidence the couple has been breaking the law. Contacted last month, Chief Stephen Lynch told NRI NOW that his department had received only a few calls for the property in regards to suspicious activity and parking by guests who were not authorized to visit.

“I’d like to give as much leeway as we possibly can,” said Councilor Raymond Trinque of the latest license requests. “They’ve brought positive attention to Harrisville.”

“I think it’s good for the town to be featured on national networks, all ghosts aside,” Trinque added.

“I don’t feel comfortable denying a permit based on hearsay and speculation,” agreed Councilor Donald Fox.

Councilor Dennis Anderson noted, “We don’t have proof that there’s been a violation. One of the dates is three days away so they’re counting on the approval.”

The licenses were unanimously approved on condition that local zoning officials signed off on the applications.

To learn more about upcoming events at the house or purchase ticket visit the website here.