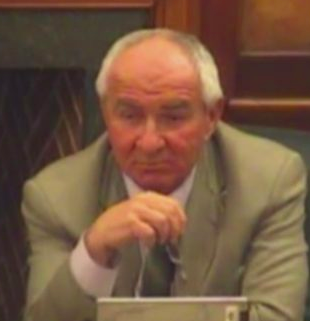 PROVIDENCE – A former solicitor for the town of Burrillville will serve one year and one day in prison for stealing a deceased client’s pension payments, according to a sentence handed down this week by a federal judge.

Oleg Nikolyszyn, 65, was also sentenced to six months of home confinement following his release, with one year under supervision by U.S. District Judge William Smith.

Nikolyszyn served as assistant solicitor and then solicitor for the town, until he was suspended from practicing law and resigned in 2016. He was disbarred following allegations that over the course of 12 years, he stole more than $230,000 in pension payments from a dead client.

The charges stem from Nikolyszyn’s work as the attorney for a man who had earned a pension from the city of Providence and the Laborer’s International Union of North America. In 2000, the man hired the attorney to receive monthly payments on his behalf.

From the his death until 2015, Nikolyszyn continued receiving the pension checks, collecting $173,597 from the Providence Pension Fund and $60,989 from LIUNA. He admitted that he deposited the funds in a joint account held with the deceased, and then transferred the money to his personal account.

Nikolyszyn pleaded guilty to mail fraud and theft in January in an agreement that reportedly helped him to avoid a sentence of up to 45 years in jail and a maximum $750,000 fine.