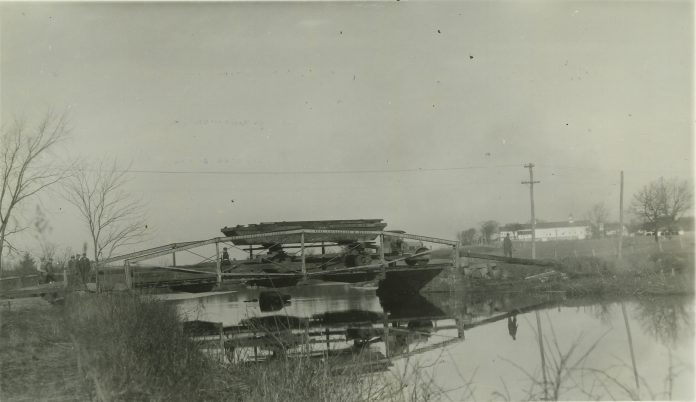 Welcome to Burrillville Then & Now, a feature on NRI NOW.

With photos provided by the Burrillville Historic & Preservation Society, we take a glance back at how the town used to look, then show how the same space looks today. Betty Mencucci, president of BH & PS has provided historical information on the site.

Today, we look at Shippee Bridge. This is what Shippee Bridge looked like in December 1933. A trailer truck is crossing the bridge going north on Sherman Farm Road. Sherman Farm can be seen in the distance. 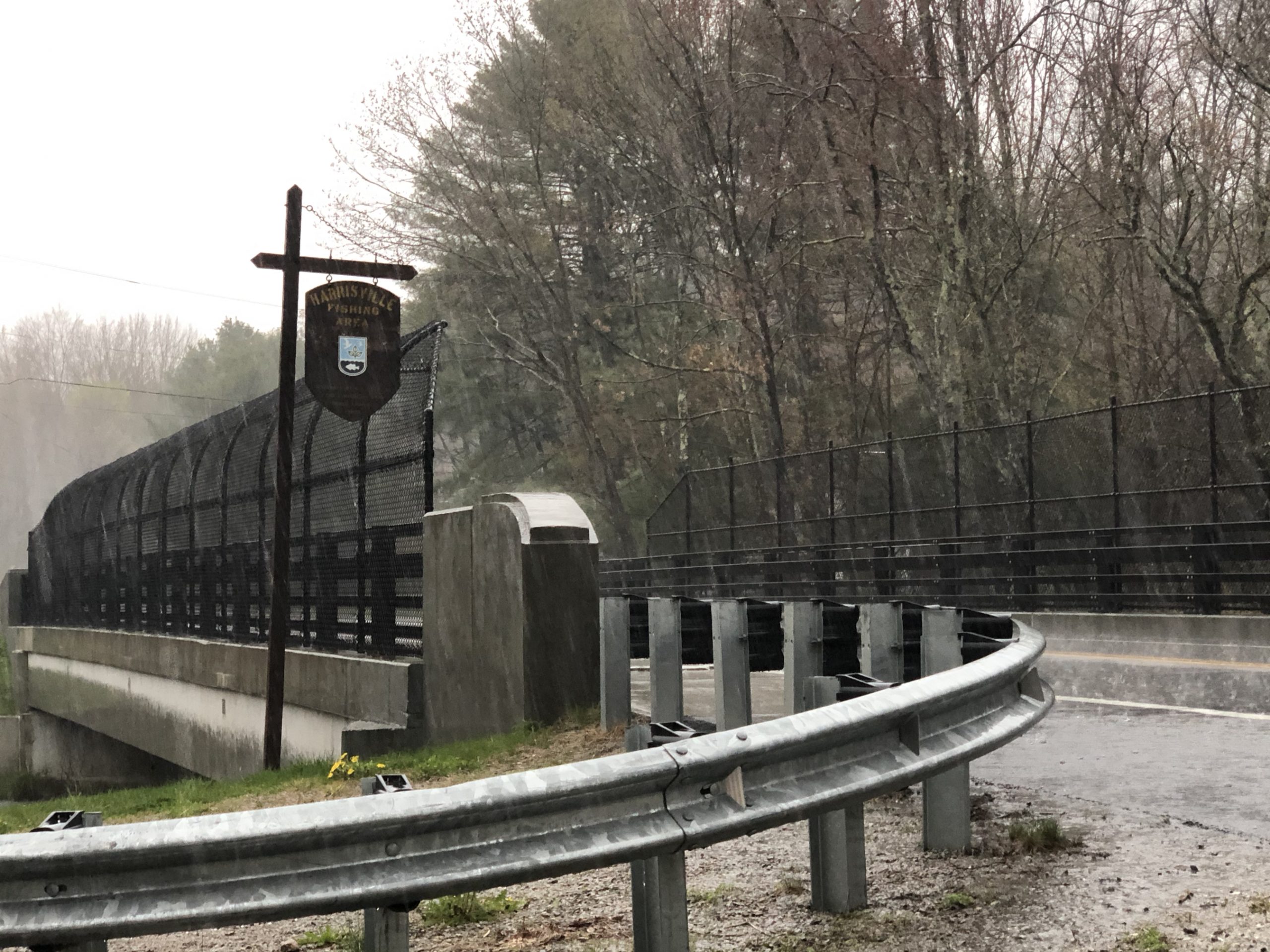 The history of this bridge is quite interesting. When the trolley came to town, the iron bridge in Harrisville was not strong enough to carry the weight of the trolley cars. It was an old iron bridge that belonged to mill owner William Tinkham.

So in 1902, the present-day stone arch bridge was built. Mr. Tinkham gave the old iron bridge to the town to be used to cross the Clear River on Sherman Farm Road. It was removed and transported to its new location by Irving H. Sweet. The bridge was located immediately downstream of the confluence of the Clear River and a major tributary, the Nipmuc River. At that time Sherman Farm Road made a turn and crossed the river about 100 feet upstream from where the present day Shippee Bridge is. Also, the bridge was much lower – just above the height of the water. It was described as a late 19th century single span lenticular truss.

The bridge became outdated and unsafe as more and more automobiles came into use. During the winter of 1933/1934, a new bridge was constructed utilizing salvaged trusses from a bridge in Smithfield. This bridge in Smithfield was the Esmond – Georgiaville Bridge that carried the Farnum Pike over the Woonasquatucket River whose trusses were fabricated by the Boston Bridge Works in 1890. Prior to the construction of the Esmond Bridge in 1890, there had been a bad accident on the previous bridge in which the town made a settlement of $3200 for damages including horses, carriages and harnesses.

The 1890 Esmond bridge had curving inclined approaches and as more and more cars came into use, it became increasingly dangerous and was nicknamed “suicide bridge” and was replaced in 1933. Since the bridge material was in excellent condition, it was decided that it could be used on a secondary road. This secondary road selected was Sherman Farm Road in Burrillville. The new Shippee Bridge was constructed about 100 feet downstream from the old one, the approaches were straightened to make it safer for automobiles and the bridge was built much higher above the water level.

In 2008, Shippee Bridge was considered to be unsafe and was scheduled for partial rehabilitation in the fall. At that time the trusses in this bridge were 118 years old. In 2016 the State of Rhode Island constructed a new bridge. Information obtained from the Rhode Island Historic Resources Archive on Shippee Bridge (RIDOT Bridge No. 307.)