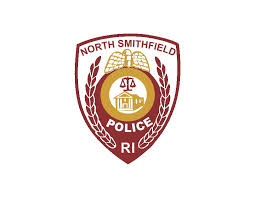 NORTH SMITHFIELD – After nearly a year of negotiations, town officials have reached a tentative three-year agreement with the union representing members of the North Smithfield Police Department.

The contract, which still requires approval by the Town Council, would see raises of 2.5 percent this year for patrol officers. According to a fiscal impact statement published by the Budget Committee, the increase slides upward according to rank, and amounts to a 6.9 percent raise for senior patrol officers in year one; 6 percent for detectives; 7 percent for sergeants; 10 percent for lieutenants and 15 percent for captains.

While the contract would be retroactive through July 1, 2019, the raises would be calculated starting Jan. 1 of this year.

Fringe benefits, including Medicare and the town’s pension contribution, would also increase under the deal by $18,032, for a total impact of $75,643 to the town in 2020.

The second year of the town’s agreement with the International Brotherhood of Police Officers Local 410 would see rates increase by 2.2 percent across the board. But that year, staff would receive additional stipends totaling $23,224, bringing the total cost for funding the agreement to $85,753 in 2021.

All NSPD union staff would receive a 2.2 percent salary rate increase in year three, and the contract’s net impact would come to $62,827, according to budgeters.

If approved, the deal will bring to an end to negotiations that have dragged out for 11 months, and quite nearly derailed.

The IBPO’s previous three-year contract expired last June, and the parties briefly considered filing for arbitration in February after failing to reach an agreement. Union members have continued to work under the terms of their previous contract, approved in 2016.

Town officials achieved concessions on healthcare, raising the proposed co-pay for insurance to 15 percent for those currently paying 10, and 20 percent for members paying 15, effective June 30, 2022.

For retirees, the town has agreed to provide health and dental insurance for police officers, and their families as appropriate, for those hired on or before June 30, 2022. Officers hired after July 1 that year will only be offered single coverage after retirement, with the option to purchase an additional single plan for spouses.

Union officials also made small concessions on vacation, with most officers losing one or two days a year. Under the new agreement, officers with 1-5 years on the force would have 15 days of paid vacation, while the department’s most senior officers, with 20 plus years, would have 30.

The tentative deal was signed on Wednesday, March 18 by Ezovski and union president Eric Rondeau.