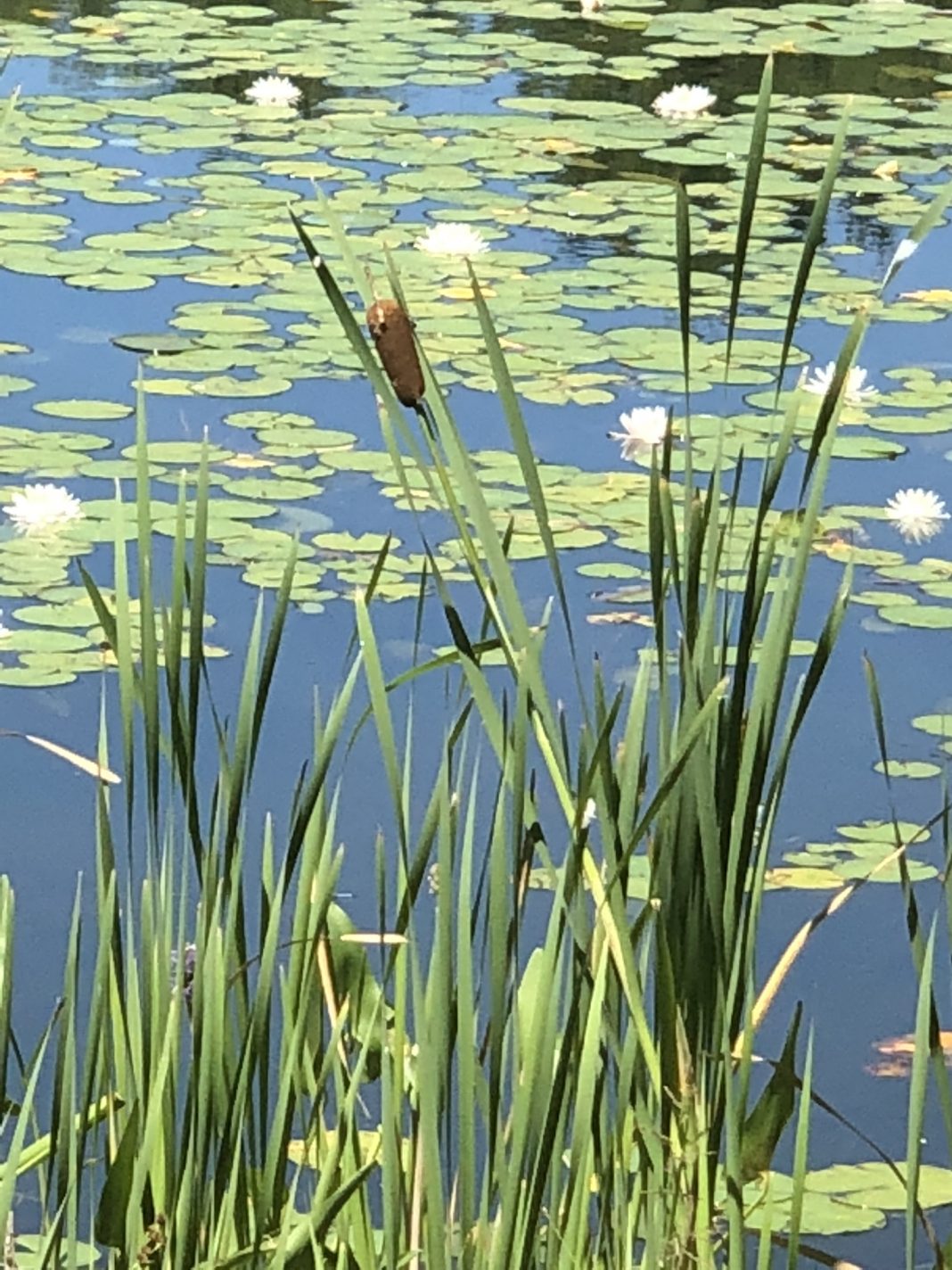 PROVIDENCE – The Department of Environmental Management has announced that certain Rhode Island lakes, ponds, rivers and streams that allow anglers to adhere to social distancing rules are now open to fish for trout including Branch River, Chepachet River, Clear River, Round Top Brook, Round Top Ponds, Tarkiln Pond and Wallum Lake in Burrillville.

Lapham Pond is open to children only, including minors 14-years of age and younger.

Peck Pond, meanwhile, is typically accessed by Pulaski State Park, which is closed along with other state parks in Rhode Island.

While freshwater fishing is open year-round for other species, trout were stocked by DEM earlier this year in preparing for a special trout season that traditionally opens on the second Saturday in April. Now, DEM has adopted an emergency regulation opening the freshwater fishing season early this year, with new measures in order to eliminate the large crowds that often accompany the traditional Opening Day of trout fishing season in April.

“Everything about our normal routines has been upended by COVID-19, and we are asking people to take special care to respect a new system this year so that all anglers may safely fish for trout,” said DEM Director Janet Coit. “The reason we are opening early on a Monday and imposing a system designed to reduce fishing activity by half is so that we can open at all. In light of the risks and restrictions associated with the coronavirus, we had to design a new approach to trout fishing this spring. We hope that people will appreciate the opportunity to fish during a difficult time and allow us to keep trout season going by respecting the rules.”

To reduce the number of people fishing at any given time and mitigate crowds during the COVID-19 public health crisis, DEM has implemented a system that staggers the days when licensed anglers can fish. Those with last names beginning with A through M can only fish on even numbered calendar days, and those with last names beginning with N through Z can only fish on odd numbered calendar days. DEM will also impose parking restrictions during the first two weekends of the fishing season and has removed porta-johns from fishing sites as a public health measure. DEM environmental police officers and DEM staff will be present at fishing locations to assist licensed anglers, answer questions, and monitor fishing spots for compliance, and the department may adjust the fishing season if necessary.

DEM advises that during the COVID-19 public health emergency, fishing should be enjoyed as a solitary experience, with just the members of your immediate household, and not as a group activity. Anglers must follow social distancing practices and maintain a distance of at least six feet from others and in groupings of no more than five persons. If you arrive at a favorite fishing spot and find that crowds are forming or the parking lot is full, leave and choose a different location or return at another time or day. DEM will keep updating information to guide people and will post this information at www.dem.ri.gov/fishing. And, since State Parks are temporarily closed due to COVID-19, ponds in the major parks – such as Olney Pond in Lincoln Woods, Peck Pond in Pulaski Park, and Meshanticut Park Pond in Cranston – will not be opened until later this season.

“While it may seem strange to some that DEM is allowing fishing during a time of crisis, we feel we can offer this opportunity to enjoy a traditional pastime while meeting health guidance,” said Coit. “DEM staff will be out monitoring the next few days and weeks, and we will coordinate closely with the Rhode Island Department of Health experts to make adjustments as needed to maintain a safe atmosphere.”

DEM’s Division of Fish and Wildlife is only stocking trout in larger waterbodies and locations that allow anglers to adhere to social distancing rules. This year, approximately 54,000 rainbow, brook, golden and brown trout are being stocked. Smaller waterbodies, including children-only fishing ponds, are not being stocked. Restocking will occur, but stocking locations will not be announced in advance to minimize crowds. For the safety of Fish and Wildlife staff, people should not approach staff while they are stocking fish. Visit DEM’s website for an up-to-date list of trout stocking locations. These locations may change, and do not include ponds in certain state parks and in children-only fishing ponds as they tend to be areas that attract crowds.

This year, the Golden Trout promotion will be extended. Anglers will have until September 1 to send in their photos to qualify for a golden trout pin. The list of ponds is posted at fishing locations, www.dem.ri.gov, and www.facebook.com/RhodeIslandDEM.

A 2020 fishing license is required for anglers 15 years of age and older. A Trout Conservation Stamp is also required of anyone wishing to keep or possess a trout or to fish in a catch-and-release or “fly-fishing only” area. Trout Stamps are not required for persons possessing trout taken from a lake or pond that shares a border with Rhode Island, such as Beach Pond or Wallum Lake.

Fishing licenses can only be purchased online at www.dem.ri.gov/huntfish.

License fees are $18 for Rhode Island residents and current members of the Armed Forces, $33 for a combination hunting and fishing license, $35 for non-residents, and $16 for a tourist three-consecutive-day license. Licenses are free for anglers over 65 (Trout Stamp not required) – as well as for those with a 100-percent disability. It is important to note that during the current stay at home order, out-of-state anglers should fish in their local state and are not allowed to drive into RI to fish for the time being.

The daily creel and possession limit for trout is five from April 6, 2020, through November 30, 2020, and two from December 1, 2020, through February 28, 2021. The use of external felt-soled or any natural or synthetic porous material capable of absorbing water in any freshwaters in Rhode Island is strictly prohibited. This includes any waters shared with adjacent states in which Rhode Island fishing regulations apply. For more information on preventing the spread of aquatic invasive species, which can be transported in felt soles or other porous materials, click here. Prohibited is the transport of any plant or plant part into or out of any Rhode Island waterbody on boats, vessels or other water conveyances, vehicles, trailers, fishing supplies, or any other equipment, with the exception of authorized research activities, species identification and other management activities.

Anglers must follow these guidelines during the COVID-19 public health crisis as follows:

Do not visit lakes, ponds or other fishing areas if you feel ill or are exhibiting symptoms of illness.
Plan a trip to a nearby fishing area for a short, local visit since restroom facilities are not available.
Maintain a minimum distance of 6 feet between persons.
Do not gather in groups of more than 5 people.
Follow CDC’s guidance on personal hygiene prior to and during your fishing trip. Wash your hands, carry hand sanitizer, cover your mouth and nose when coughing or sneezing, and avoid surfaces that are touched often.

As part of a larger network of recreational opportunities in the state, DEM officials note that fishing plays an important role in connecting people with nature, promoting health, and attracting tourism. People fish for food as well as fun, and they enjoy the flavor and benefit from the protein provided by trout. Freshwater anglers purchase approximately 40,000 fishing licenses and trout stamps each year and contribute more than $518 million to Rhode Island’s economy. Revenue generated from license and permit sales support Rhode Island fisheries conservation programs. A critical source of funding, these monies are leveraged to match federal Sport Fish Restoration Program dollars that support outdoor recreational opportunities for fishing and boating in Rhode Island. Programs include raising fish at several DEM hatcheries and stocking local waterways to support recreational fishing.

DEM advises everyone to follow guidance about COVID-19 from Governor Raimondo and the Rhode Island Department of Health. More information about COVID-19 and Rhode Island’s response can be found here: https://health.ri.gov/diseases/ncov2019/

For information on DEM programs and initiatives, visit www.dem.ri.gov.

Editor’s note: The above article initially listed Peck Pond as a list of open waterbodies in Burrillville. The pond, however, is typically accessed by Pulaski State Park in Chepachet, which is closed.