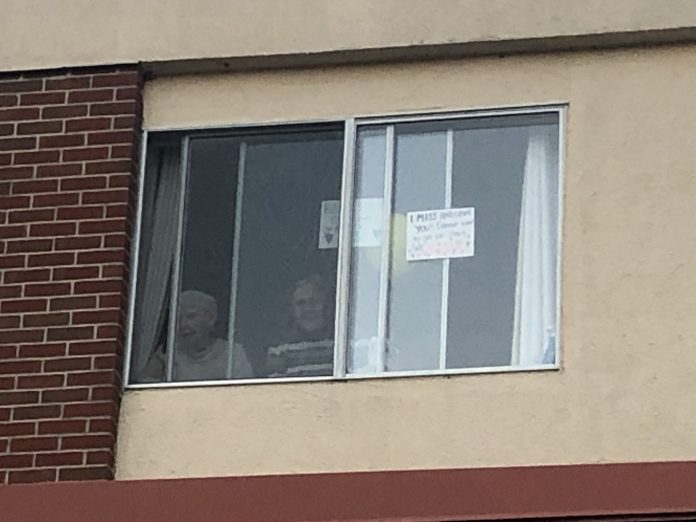 BURRILLVILLE –At Overlook Nursing & Rehab Center, what began as a way for families to connect with loved ones who’ve been isolated inside the facility for weeks, has turned into a community-wide show of love and support for the residents.

The nursing home held its first “Friday Night Lights,” on Friday, March 20, a gathering of friends and relatives outside the facility just before dark. Gov. Gina Raimondo mandated that nursing homes across the state limit visitor hours in early March in reaction to the spread of COVID 19, and by mid-month prohibited them entirely.

Like so many across the globe facing the pandemic, Overlook staff was forced to think outside the box. 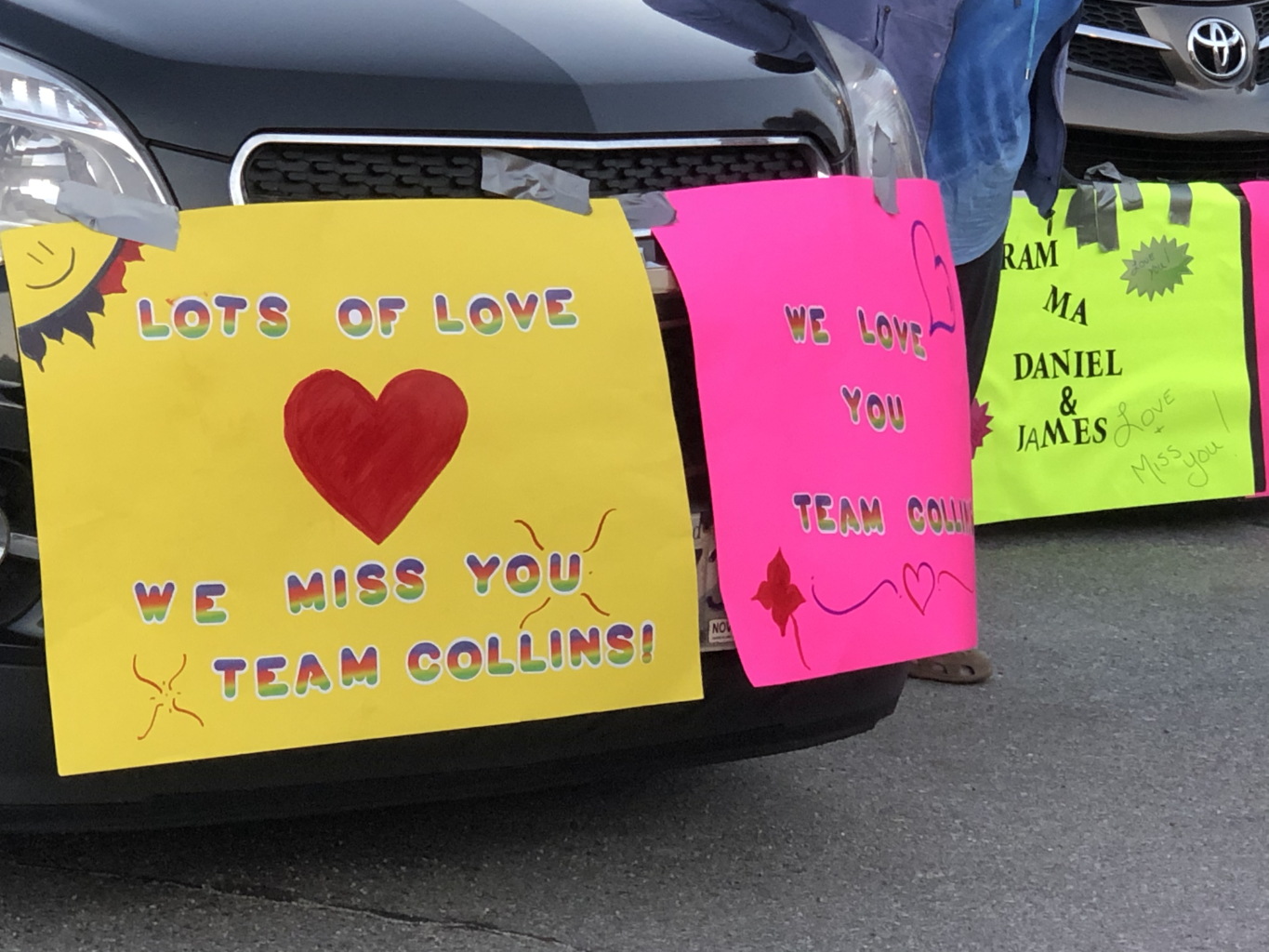 “We’ve been trying to do a lot of things inside the facility, of course, keeping the families in touch,” said Activities Director Cindy Brigido.

That first week, family members showed up early for the event,  communicating through closed windows looking into residents’ rooms with gestures and signs. At dusk, staff made an announcement to residents and cut the lights inside, turning the event into a bright display of blinking headlights, flashlights and glow sticks. 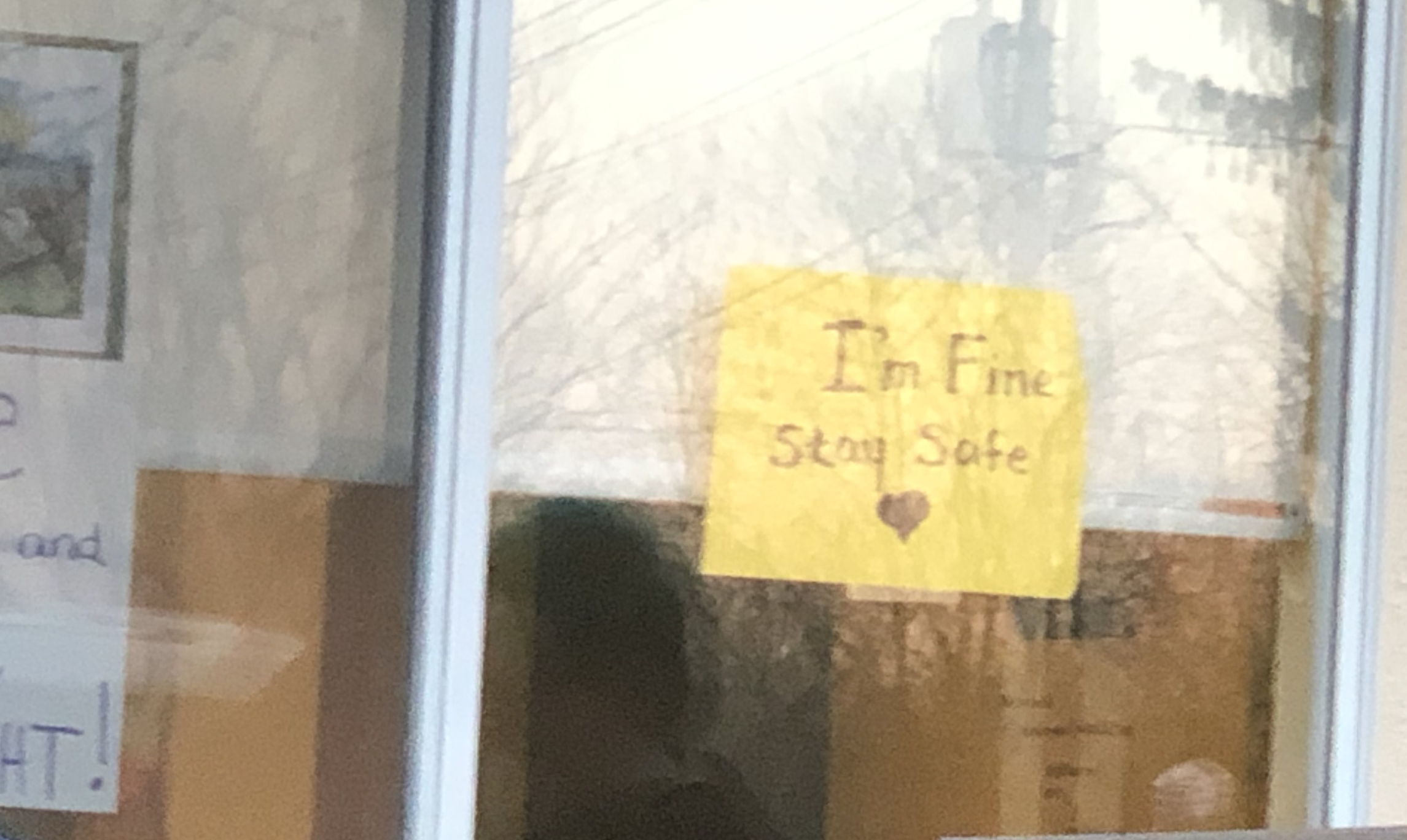 At the second such event on Friday, March 27, members of the Pascoag Fire Department and Burrillville Police Department joined the party, shining the overhead lights on emergency vehicles. The building was surrounded by well-wishers, and residents peeked out, and smiling through the windows with messages scrawled on poster board. 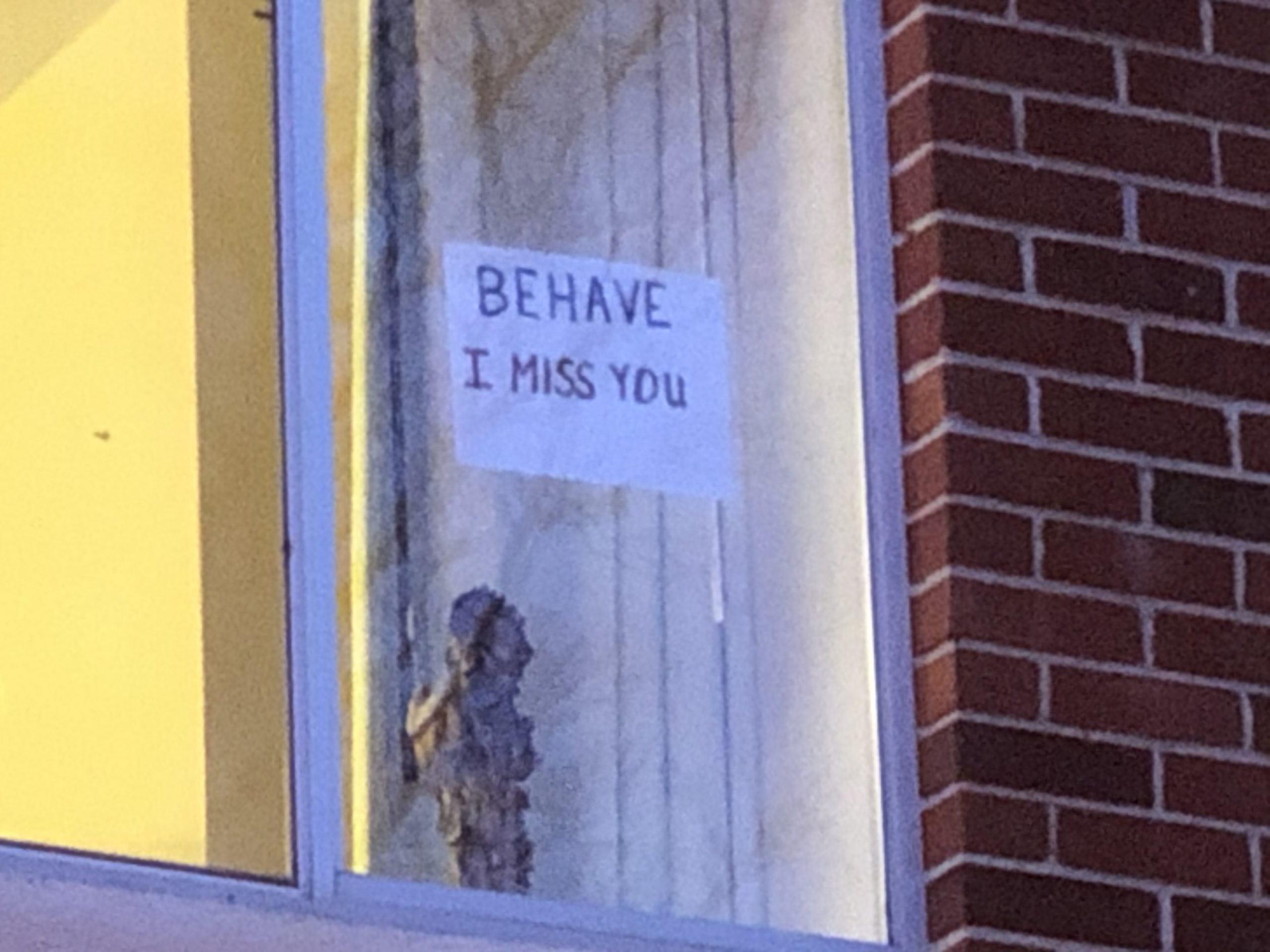 “The residents were able to make signs for their loved ones,” Brigido said.

Now, as the future of the state’s visitation policy and other precautionary measures remain uncertain, Overlook staff is inviting the community to take part.

The weekly light show officially kicks off around dusk, with staff giving the signal at 7:15 p.m. on the 27th.

Guests are reminded to maintain at least six feet of distance from others in the parking lot and surrounding grounds.