Home Around the Valley Dine-in at RI restaurants ends tomorrow, gatherings limited to 25 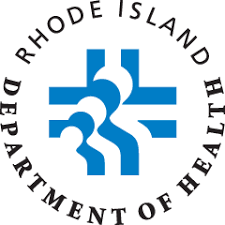 PROVIDENCE – All dine-in food and beverage service in Rhode Island will be shut down for at least two weeks starting Tuesday, March 16 per order of Gov. Gina Raimondo.

The governor announced the news in her briefing on the state’s reaction to COVID 19 Monday morning. The action follows a similar order issued in Massachusetts over the weekend. It applies to restaurants, coffee shops and other businesses until Monday, March 30.

Delivery and takeout services are permitted to remain open.

Gatherings of 25 people or more will also no longer be allowed, said Raimondo, noting she will issue an executive order later today, Monday, March 15.

The total number of confirmed cases of COVID 19 in the state is now at 21. Director of the Rhode Island Department of Health Nicole Alexander-Scott announced one additional case on Monday, saying a woman in her 40s is hospitalized in isolation, but in stable condition. Alexander-Scott said health officials have not been able to identify the source of the spread.