NORTH SMITHFIELD – A domestic incident led to assault and weapons charges for a 36-year-old North Smithfield man, who was arrested after brandishing a knife, then reportedly trying to hide from police in his girlfriend’s bedroom.

Richard Chippo, 36, of 635 St. Paul St. was charged with possession of weapons other than firearms, domestic assault by strangulation, felony assault, domestic violence and disorderly conduct following the incident on Thursday, Jan. 20.

According to reports, police were called to a home on Greene Street around 11:30 p.m. for a domestic situation. Upon arrival, officers said they saw a man through a window of the home, who appeared to be screaming and holding a knife.

The victim, a 50-year-old female, answered the door shaking according to police. Chippo had to be called from her bedroom several times before appearing with his hands raised.

The woman said the suspect had recently moved in with her, but had come home that evening intoxicated and angry. She stated that she hid in their bedroom and locked the door, but Chippo broke in, and put her in a chokehold until she nearly lost consciousness.

The victim said that after Chippo finally released her, he attempted to swat the phone from her hand so she couldn’t call police. He had pulled out and unfolded his pocket knife before police arrived.

Police reportedly located a three and a half inch pocket knife in the suspect’s back pocket.

Chippo was arraigned in 3rd district court on Friday, Jan. 21. 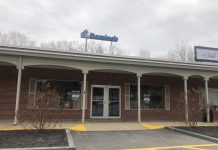 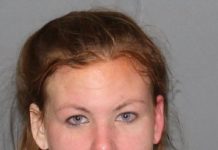