BURRILLVILLE – From a boiler upgrade at Burrillville Middle School projected to cost $690,000, to a renovation of the media center at Burrillville High School priced at $396,000, the Town Council has agreed to a long list of school construction projects to be completed over the next five years.

According to Town Manager Michael Wood, the projects can be financed through a combination of bonds and self-funding with a total of $7.2 million in school improvements completed through 2024. The unanimous vote Wednesday night marks a commitment from the town to finance a minimum of 50 percent of the total costs of the projects.

More than 55 percent of that money is expected to come back to the town in the form of Rhode Island Department of Education housing aid reimbursement.

“There is money out there to do some of these projects,” said Wood at a meeting Wednesday, Jan. 23 with school officials. “I think there’s a way to manage this where you could do a combination of bond issuing and self funding.”

That means that Burrillville voters could likely see a bond-related question on the November 2020 ballot. Over the upcoming months, the town will need to get approval from the General Assembly to put language on the ballot seeking voter permission for the school construction bond.

While the amount of bond financing is still up for debate, Wood noted it could be between around $4 million and $4.5 million.

But first, the School Department will need RIDE’s stamp of approval for the project list. Sollitto said the district will submit a Stage II application to RIDE by February 17 for approval.

Final approval of the process would ultimately be expected in May, after which project work could begin.

The five year capital improvement plan was developed over the past year by Supt. Michael Sollitto with much of the work completed by Director of Facilities Bill Robinson and Business Manager Robin Kimatian, according to the superintendent.

“We have had a number of meetings with RIDE building officials and with our District Building Committee to discuss projects and prioritize district needs,” said Sollitto.

The outcome is a comprehensive timeline to complete the most urgent work at all of the district’s schools.

Construction projects scheduled to be completed this year include the replacement of 20-year-old roof shingles at the Burrillville High School gym at a cost of $315,000, as well as lighting upgrades at the school priced at $42,000.  In addition to the boiler replacement at BMS, HVAC work aimed at creating energy savings will be completed at all five schools at a cost of either $24,000 or $30,000 each.

Also on deck for this year is a total renovation of the high school media center to create a modern learning area, including a “cafe style” space, new technology, a presentation area and more. Sollitto said the plan marks a major revamping, with walls knocked down and new lighting installed.

“We’ve got a lot of space in that library that’s really not used, and we really imagine that as the new hub of the building,” he said.

In 2021, the district will target the Austin T. Levy media center, with $90,000 in upgrades, and renovate Career and Technical Education classrooms and labs at the high school at a cost of $360,000.

Councilor Raymond Trinque noted that the CTE-related improvements mark an important investment as schools across the state compete to attract students.

“It also makes a more appealing scene for kids to come from other schools,” said Trinque.

But the real big-ticket items next year are roof replacements at the high school and Steere Farm Elementary slated to cost $777,480 and $504,000 respectively.

Roof replacement at both schools is projected to continue through 2022, with $1.1 million spent at BHS and another $504,000 invested at Steere Farm.

Once 2023 and 2024’s construction projects are included, the plan marks a total of $7,214,304 in investment, with $4,190,925 expected to come back through reimbursement, which Sollitto said will go back to the town to offset project costs.

RIDE requires schools across the state to create such CIPs every five years.

“Every five years we have to go through the process again,” Sollitto said.

Councilor Jeremy Bailey asked what would happen if voters reject a ballot question regarding a construction bond.

Sollitto noted that the town could spend money available to start the work, while seeking additional funding sources. 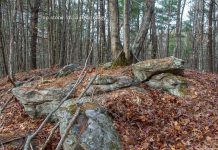 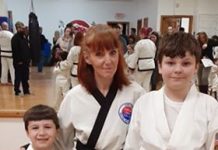