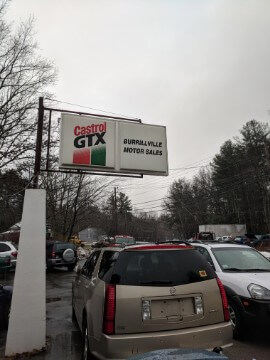 PROVIDENCE – The Rhode Island Ethics Commission has found probable cause to believe that former Pascoag Fire Commissioner Peter Drouin violated state law in 2017 when he voted to purchase a vehicle that his business would likely later repair.

In an order issued Oct. 29, the commission notes that Drouin could “reasonably foresee” that his company, Burrillville Motors, would perform the repair work when the Pascoag board voted on the purchase in March of 2017.

The complaint, submitted by resident Madelyn Putnam in May, notes that Drouin voted to purchase a vehicle that Burrillville Motors had on consignment, a 1999 Chevrolet Tahoe, knowing that his business would complete the needed paint and body work.

The district purchased the truck for $1,600 that month and in May, cut checks to Burrillville Motors for $3,651 and then $453 for the repair work.

It is the fifth ethics complaint submitted over the past two years against an official who served the village fire district.

The ethics board fined former commission member Linda Carter $500 in March following two complaints regarding nepotism and conflict of interest.

Current commission Vice Chairman Brian Mathieu received a $1,000 fine in February for failing to recuse himself from a vote involving his employer, a fee that the Providence Journal reported this week has yet to be paid.

Chairman Chris Toti, who joined the commission in May, has since cited efforts to increase transparency and clean up general business practices in the district. He has stated that in the past, members of the commission always had the district’s best interest in mind despite the violations, pointing to the limited resources of smaller fire districts.

During the investigation, Chief Carter told ethics officials that Burrillville Motors had given the lowest estimate for vehicle repairs, and that the company often did work for the district at a discounted rate.

The finding of probable cause, is not a determination of guilt, but rather an indication that the board will look further at the issue, and an administrative hearing or a settlement is pending.