And this weekend, they will gather at Burrillville’s very own purportedly haunted theater.

The 8th annual Ocean State ParaCon comes to the Assembly Theatre this weekend, a two day festival that brings together paranormal enthusiasts from across New England and beyond.

The event first came to town in 2013 and has grown every year since, attracting up to 1,000 visitors to Harrisville annually. The unique indoor/outdoor festival brings dozens of odd and mysterious vendors to the Assembly courtyard, while speakers – all with some experience with the paranormal – give guests a reprieve from the heat inside the 354-seat air-conditioned venue.

In 2019, Burrillville’s own Andrea Perron will again speak at ParaCon, with a presentation titled “Childhood Trauma: The Gift That Keeps on Giving.” Perron, author of House of Darkness, House of Light, will discuss her time growing up in a now-famed historic farmhouse on Old Round Top Road in the 1970s and 1980s, a story that was the basis of the 2013 hit horror movie The Conjuring.

Perron will also talk about the recent sale of the house to a group of paranormal investigators, and the future of the building. The nonprofit Conjuring House is soon expected to be opened up to visitors.

Speaking on Saturday will be author Tim Weisberg, with a presentation on “How to Become a Paranormal TV Star,”; and Shannon Sylvia of Ghost Hunters International fame. The first day lineup will also include a three-person panel on demonology.

Joining Perron on Sunday, meanwhile, will be a panel on “mediumship” and paranormal investigator Dustin Pari.

Over the course of two days, there will be approximately 10 live theater presentations, along with the panel discussions.

But the speakers are just the start of what Ocean State ParaCon has to offer.

Booths with various interesting merchants will line the courtyard overlooking Harrisville Pond Dam, where guests can get psychic readings or photographs of their aura, and purchase gifts, from art focused on the spiritual and weird, to homemade Ouija boards.

Other vendors will educate visitors about haunted buildings in New England, including the Peter Oliver House in Middleboro, Mass.  A miniature museum of oddities will feature freaks of nature and allegedly haunted objects.

In all, 47 celebrities and vendors will blanket the Assembly grounds.

The event also features a raffle of unique items, including doll modeled after “Annabelle,” the haunted relic that plagues investigators Ed and Lorraine Warren in another horror film in The Conjuring Universe.

As part of the convention this year, ParaCon is teaming up with Providence Ghost Tour for 90-minute exploration of haunted spots on the city’s East Side. Those attending the lantern-guided walk are invited to bring paranormal equipment to use at selected stops. Tickets can be purchased here.

ParaCon is also a fundraiser, and according to organizers, the event has raised some $30,000 for local charities over the past seven years.

This year, like in 2018, the festival will benefit Friends Way, a Warwick-based organization that offers grief counseling at no cost to children and families.

The event is put on each year by the Rhode Island Society for the Examination of Unusual Phenomenon, or RISEUP, a paranormal investigation team formed in 2007. The group first held the festival at St. Ann Arts and Culture Center in Woonsocket in 2012.

The historic Harrisville venue suits them well: According to organizer Ken DeCosta, several people who have worked with the theater’s repertory company have reported paranormal occurrences. 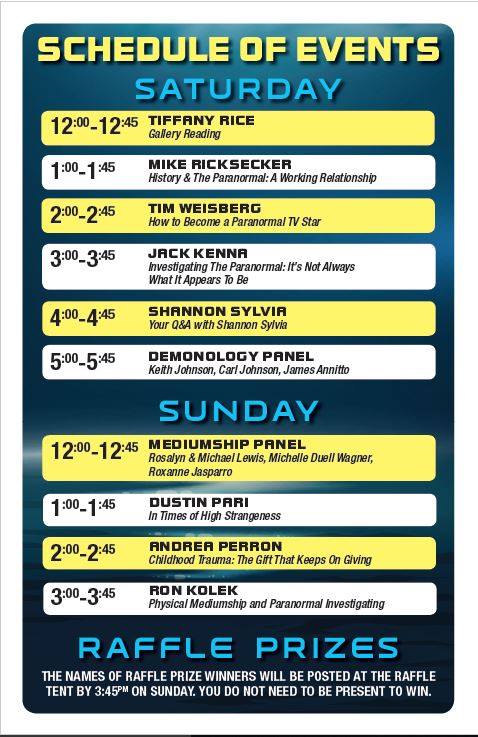 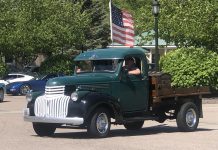 GALLERY: Car show raises $900 for Between the Cracks