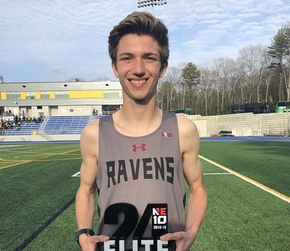 The Harrisville Fire District will hold their annual meeting on Monday, June 10 starting at 8 p.m. at 115 Central St. The agenda includes election of officers and approval of the district budget for the upcoming fiscal year.

A self defense course will be offered at Callahan Elementary School on Wednesday, June 13 covering situational awareness, how criminals think, how to see a crime developing before it happens, how to stop a criminal assault, what to say to your attacker to give you the best chance of escape and more. The cost is $15.

Burrillville native Antonio Rua, a sophomore at Franklin Pierce University has been named to the College Sports Information Directors of America Academic All-District I First Team.

As a result of the selection, Rua will advance to the Academic All-America ballot.

To be eligible for selection, student-athletes must own a 3.30 cumulative grade-point average or higher, be at least a sophomore in academic standing and be a starter or significant contributor athletically. The Academic All-District and All-America teams are voted on by sports information directors in the district and nation, respectively.

According to a release from the university, the highlight of Rua’s year was laying claim to the Elite 24 award at the outdoor NE10 Track & Field Championships, as the student-athlete with the highest GPA competing at the finals site. He was also an All-Academic award recipient in cross country from the United States Track & Field and Cross Country Coaches Association. He was a member of the 4×800-meter relay team at both the indoor and outdoor NE10 Championships, helping the squad to a second-place finish indoors and a fourth-place finish outdoors. During cross country season, Rua placed 62nd at the NE10 Championship and 58th at the NCAA Championship East Regional.

The Burrillville Parks and Recreation Department has announced the schedule of summer tennis classes for children and adults this summer. Classes will begin Tuesday, June at the tennis courts behind Burrillville High School and will run for six weeks. The cost for children, ages 6-15, is $50 and the cost for adults is $75.

The Burrillville Recreation Commission will hold their regular meeting on Monday, June 10 at 6:30 p.m. in the Jesse Smith Memorial Library conference room. The agenda can be found here.

The Burrillville Conservation Commission will hold their regular meeting on Tuesday, June 11 at Town Hall starting at 7 p.m.

The Burrillville Prevention Action Coalition will hold their monthly meeting at Burrillville Middle School on Wednesday, June 12 from 5 to 6 p.m. The group meets once a month to discuss, plan, and give updates on substance use prevention initiatives occurring within town and the region. Residents of Burrillville are always welcome.

The Burrillville Town Council will hold their regular meeting on Wednesday, June 12 at Town Hall starting at 7 p.m. for an agenda that can be found here. 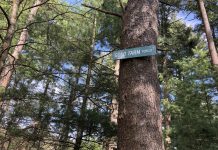 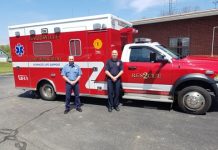 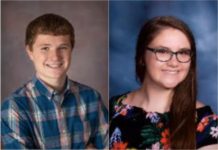 Top two students in BHS Class of 2020 look forward, with an uncertain future