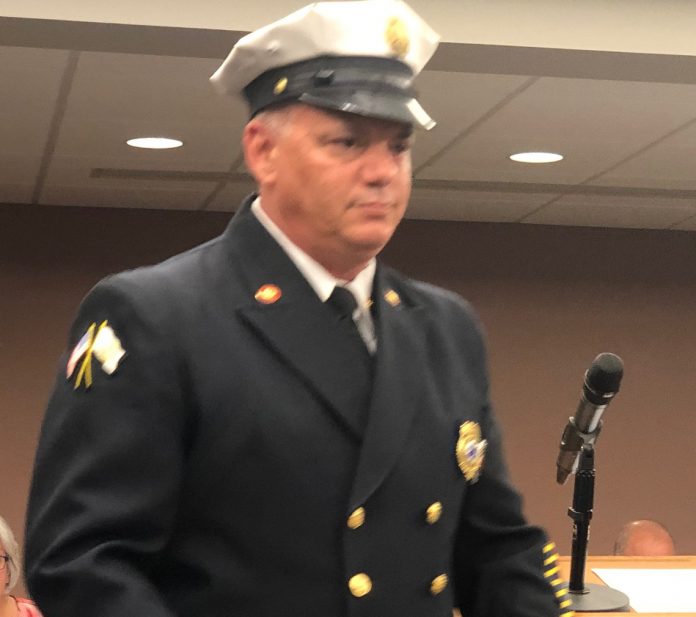 BURRILLVILLE – A captain with the Harrisville Fire Department, the third of his name to serve in the town’s village fire districts, has been named an EMS Professional of the Year for 2019 by the Rhode Island Department of Health.

Norman “Chip” Mainville will be recognized with the honor in a ceremony at the Rhode Island Statehouse on Friday, May 24.

“Chip, for several years or more, has done an outstanding job educating EMTs locally and throughout the state of Rhode Island,” said Gingell. “He always does it in a professional manner and strives to make emts the best they can be. He’s an outstanding educator. I think it’s well-deserved.”

The EMT is not the first of his name to boast a long and prestigious career in the town’s emergency services.  His father, Norman C. Mainville, has been a firefighter in Nasonville and Harrisville for more than four decades and the longest running moderator in the Harrisville Fire District’s history. His grandfather, Norman “Trigger” Mainville was a also firefighter in Nasonville, for 25 years.

“Chip,” as he’s known, also had a great uncle Raymond Mainville who served in Nasonville, and his cousin Richard Peck is a deputy chief in Pascoag.

The award was recognized this week with a citation from the Burrillville Town Council in a ceremony attended by Jason Rhodes, chief of the center for emergency services for RIDOH.

“We certainly felt that there was no more deserving individual from across the state,” said Rhodes of Mainville. “He’s an extremely hard worker. Chip has been a strong advocate for education and training.”

Town Councilor Amanda Gingell, who is also a senior member of the Harrisville Fire Department, presented the citation.

The annual awards are given to EMS professionals across the state as part of National EMS Week an event authorized in 1974 by President Gerald Ford as a way to honor the dedication of those who serve on the front lines.

The council presented the town’s independent fire districts with citations to recognize their work, and the EMTs themselves celebrated with an outdoor dinner Wednesday afternoon.

Mainville was notified of the award in a letter earlier this month referencing the theme of this year’s EMS Week, “Beyond the Call.”

“You have shown excellence in clinical skills, support for your EMS organizations, contributions to the development of other EMS professionals, and have had other involvement in the health and safety of your community,” the letter noted. “But most important of all, you went far beyond the scope of your everyday calling.” 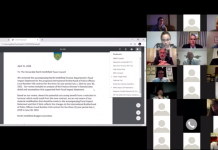