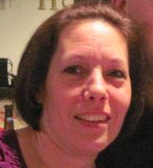 BURRILLVILLE – For the second time in as many months, a member of the Pascoag Fire Commission has been found in violation of state law prohibiting nepotism, and fined for the infraction.

Linda Carter will pay a civil penalty of $500 and recuse herself from future payment of bills to herself and members of her family, according to an order by the Rhode Island Ethics Commission this week.

The ruling settles two complaints against Carter: one submitted by resident Stephanie Sloman regarding the commissioner’s vote to hire Attorney Albin Moser last October, and one submitted by Gregory McCutcheon, the husband of former district tax collector Laurie McCutcheon.

Carter was elected to the position in September of 2016, and the order notes that over the past two years, Carter has voted to approve payments to herself, her spouse, her son, her daughter, her brother-in-law, her brother-in-law’s business and her nephew.

The payees are among many past and present members of the Carter family who work or volunteer for the small, independent fire district, one of just three still responding to emergency calls in Burrillville.

The ethics ruling notes that it was also a violation for Commissioner Carter to appoint her attorney, Albin Moser, to the position of district legal counsel.

Moser resigned from the district in December after just two months of service.

“As a municipal elected official, the respondent was at all relevant times subject to the Rhode Island Code of Ethics in Government,” the order notes.

The state board initially recommended a $1,500 fine for the violations, but under law, Carter had the right to argue for a lesser penalty. Under a settlement agreement dated Thursday, March 28, she must pay $500.

Carter is the second member of the five-member commission to be found in violation of ethics law so far this year. In February, the ethics board found that Commissioner Brian Mathieu violated state ethics law when he failed to recuse himself from votes to approve more than $11,000 in payments to his employer, Burrillville Motor Sales. Mathieu was ordered to pay a civil penalty of $1,000.