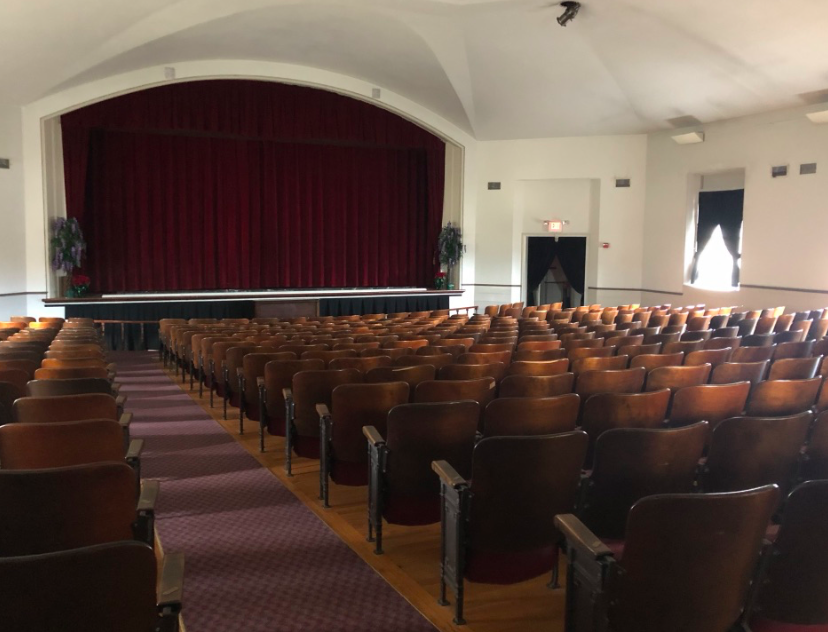 BURRILLVILLE – A project to revitalize the town’s community theater is moving forward, with a new entertainment lineup beginning next month, and an official nonprofit designation that will make the venue eligible for additional funding.

The Assembly Theatre is now a 501c3, thanks to work by members of a volunteer group focused on improving the venue. More than a dozen residents have joined Patrons of the Assembly, and have spent the past several months working to heighten the theater’s profile in the community.

“The Board of Administration and the Patrons are working hard to bring the theater back to its luster of years past and I think it’s beginning to work,” said Stephen Rawson, a town councilor who serves on the board.

The East Avenue theater was built in 1933 as a gift to the town by mill owner and philanthropist Austin T. Levy. The 354-seat venue has been used historically as a community space, a movie theater and a space for live performances. Levy established a Board of Administration to manage the theater, along with several other buildings he donated to the town of Burrillville.

Until recently, the board relied on rentals of the venue by outside groups for funding. But under new “Patrons,” leadership, supporters have begun actively pursuing new resources and talent.

The product of those efforts will be on display starting next month, when the Assembly boasts – for the first time in years – a relatively full schedule of entertainment.

“It is kind of exciting,” said Rawson.

The venue will host several events in March, starting with Michael Thurber’s “Thurberace,” a tribute to Liberace on Sunday, March 3, at 2 p.m. Tickets are $15 and can be purchased at the door or by calling 401-710-9015.

On Saturday, March 16, nationally-known recording artist Jonas Woods, a native of Burrillville, will hold a release of his new album, Whispers, at the Assembly. The show costs $15 and begins at 7 p.m.

Woods, the son of Planning Board member Robert Woods, has agreed to put on the concert as a benefit, and will not be taking money for the performance. Tickets can be purchased here.

On March 24, Katie Kleyla and the New Providence Big Band, an 18-piece brass ensemble, returns to the Assembly, with guest appearances by Emerson Torrey, Robert DeCurtis and more. That show begins at 3 p.m. and also costs $15, with tickets available at the door.

Every third Sunday starting in May, PVD Food Trucks will join the Assembly’s offerings, with ten-13 vendors setting up shop in the theater’s court yard from 3 to 7 p.m.

The town has free tickets, transportation and snacks available for both that show, and Thurberace, for Burrillville residents 60 and older and residents with disabilities through a grant received last year. Preregistration is required and will be offered on a first come, first serve basis by calling Parks and Recreation at 568-9470 or the Board of Administration at 568-4300 ext 137.

Rawson noted that the non-profit designation, which makes funds donated to the theater tax deductible, is great news for the Patrons.

“I hope to see everyone from our community come out to support our efforts,” he said.