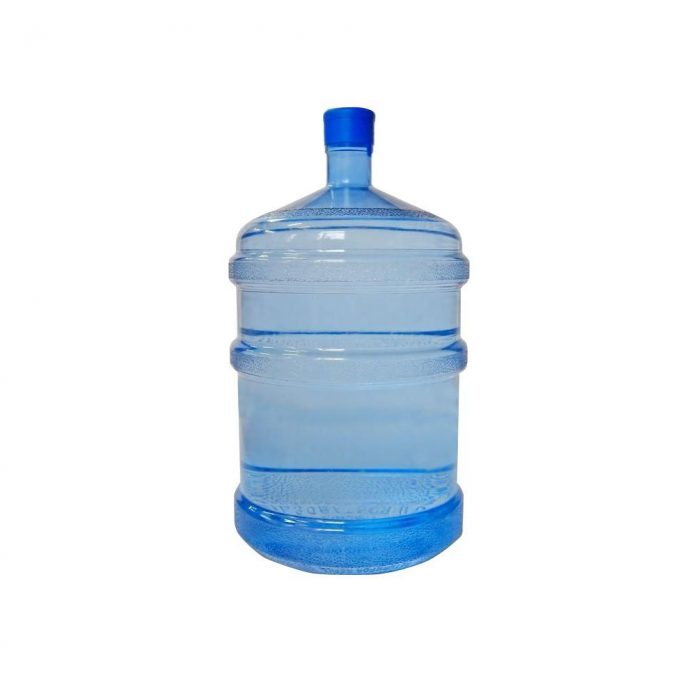 BURRILLVILLE – Water contamination discovered last year in Oakland village was caused by firefighting foam used by the Oakland Mapleville Fire District according to the Rhode Island Department of Environmental Management, and plans are now underway to connect the affected wells to the Harrisville water system.

The Harrisville Fire District hopes to pay for the roughly $2 million water system extension with a loan from the Rhode Island Infrastructure Bank.

Residents in the village say the solution can’t come soon enough. Some 55 families that get their water from the Oakland Water Association and another six private well owners were told in October of 2017 to stop drinking the stuff that comes from their taps after the man-made contaminants were discovered.

In meetings and letters on the issue, residents in the neighborhood were told that three five-gallon jugs would be delivered to their homes on a bi-weekly basis. The bottled water, health officials said, should be used for food preparation, cooking, brushing teeth, and any activity that might result in swallowing water. Tap water could not be boiled as that would only concentrate the chemicals.

Residents were told to put empty bottles outside, where they would be picked up automatically, and replaced.

But they say the water delivery service has been sporadic and unreliable.

“We were given a schedule for delivery that was never accurate,” said Kelly Cahill, an Oakland resident who once received her water through the association.

Cahill says that at first, water bottles were picked up and replaced often, and communication on the issue was good.

“Then, the deliveries became more sporadic,” she said. “Some would run out of water and have to borrow from neighbors.”

Meanwhile, she noted, empty bottles would blow all over the neighborhood because residents were expecting delivery.

In November, Cahill says the water didn’t come for nearly a month and she was forced to borrow two jugs from neighbors..

“It’s awful that we need to chase drinkable water,” she said.

Others in the neighborhood echoed her sentiments.

“It has been relatively sporadic,” said resident Jeremy Trembley said of delivery, agreeing that the original schedule was never kept.

The water is delivered through a private contractor, Nestle, and paid for by the state of Rhode Island.

Trembley said he has called Nestle multiple times about the issue and always gets a different answer. One time, he says he was told the customer – in this case the state of Rhode Island – hadn’t paid the bill. Another time, Trembley was told delivery service had been changed to once a month and that residents had been notified via email.

“I don’t think they even have my email. The communication just terrible,” he said. “It just seems like there’s a different story every time.”

Trembley also feels more should be done to update residents on the progress of a resolution.

“There’s meetings and then there’s nothing.

“Nobody is telling us anything,” he said. “The communication’s just been terrible. It’s been over a year and we’ve had two meetings. That doesn’t seem like a high priority.”

Still, Trembley said he’s grateful to have water at all, and worries that taxpayers in the small village could end up on the hook for cleanup.

“It’s kind of hard to get angry,” Trembley said. “There’s no recourse.”

“There’s been a cloud around the whole issue.”

RIDEM Chief Public Affairs Officer Michael Healey said that Nestle delivered water on Oct. 31, and missed the November delivery because of the Thanksgiving holiday. Water was delivered on Saturday, Dec. 1 — two days ahead of the company’s next scheduled delivery date.

Healey said that water had been delivered twice a month, but based on community need/use, the vendor believed once-a-month deliveries were sufficient.

A representative from Nestle told NRI NOW this week that delivery issues “had been resolved,” and on Thursday, the Burrillville Emergency Management Agency put out a new schedule for water delivery that foresees the jugs delivered every two weeks.

“We know how important water deliveries are to this community, and we pride ourselves on excellent customer service,” said a spokesperson from Nestlé Waters North America. “We have worked with impacted residents over the past year to adjust the delivery schedule to meet their needs, based on feedback shared with our customer service team. As a result of the most recent customer preferences, we will return to a twice per month delivery schedule.”

“Residents will continue to have access to a dedicated account manager who they’re able to contact at any time with water needs, whether that be an extra delivery, more product, or a schedule change,” the statement read.

The Harrisville Fire District, meanwhile, is currently receiving bids for the water improvement project, and expects to receive an answer on their loan application on Monday, Dec. 17.

It’s unclear if the expansion will save OMFD from an otherwise expensive clean up effort. RIDEM sent a letter of responsibility to Chief Joseph Bertholic in September requesting a remediation plan for the contaminated wells.

“DEM has confirmed the Oakland-Mapleville Fire District as the source,” said Healey. “Chemicals called per- and polyfluoroalkyl substances, which are used in firefighting foams, seeped into the groundwater.”

Referencing the district’s property at 46 Oakland School St., the letter notes, “The Oakland Mapleville Fire District in identified as the current owner of the site by the town of Burrillville tax assessor’s office and as such is the responsible party.”

“Upon approval by the department of the SIR (Site Investigation Report,) be prepared to bring the site under compliance with the remediation regulations.”

Healey noted that RIDEM is waiting for that SIR. He said it is not yet known if the project tying the homes with contaminated wells into the neighboring water system will be considered adequate remediation by his agency.

“Once the local logistics are worked out, and Oakland can connect to the Harrisville water system, and Oakland residents are getting safe, clean, and reliable drinking water, it is possible that that will be the end of it,” said Healey. “Because the contamination got all the way down into the bedrock, the cost to remediate would likely be unaffordable. But DEM hasn’t made any final decisions on the remediation. We’re still involved, working for a safe outcome, and evaluating.”

The water tie-in project is a coordinated effort between the town of Burrillville, the Harrisville Fire District and the Rhode Island Department of Health.

And once Harrisville’s water system expansion is complete, it seems, the entity known as the Oakland Association could be obsolete. The association was established in 1958 and prior to the discovery of the contaminant, served 35 houses and 55 families.

Construction of the expansion is expected to be completed in 2019.

Meanwhile, if residents have questions about their water delivery, they are instructed to contact Nick Noons in DEM’s Office of Waste Management at 401-222-2797, ext. 7517. 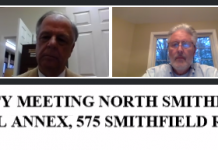 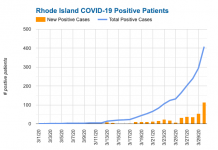