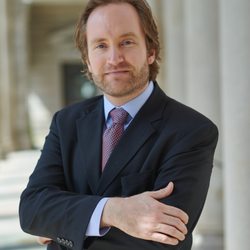 BURRILLVILLE – The attorney hired by the Pascoag Fire District Commission has resigned from the job after just two months, and says he made the decision because the group did not take his advice on an important matter following what he describes as attempts by “a small group of residents to run” the district’s meetings.

Albin Moser of the Providence was hired via a 3-1 vote by board members in October with Commissioner James Richard casting the lone dissenting vote.

Moser has also represented Pascoag Chief Harold Carter and Commissioner Linda Carter in complaints before the state Ethics Commission, and previously represented Kevin Carter, former chairman of the Pascoag Fire District Commission and brother to the chief, as well as Hose Company #2.

His departure is the latest news in what has been a difficult year for the district, which began with the suspension of 17 year tax collector Laurie McCutcheon last January. McCutcheon and her husband submitted the ethics complaints against Chief Carter and Commissioner Carter, his sister-in-law, following the action, and in the months that followed, several residents became more vocally involved in the district’s business practices.

Ethics charges against the chief were dismissed in August with Moser’s representation, while complaints against the commissioner are still pending.

Last month, those residents questioned if Moser’s hiring was a conflict of interest, and spoke in favor of McCutcheon receiving “due process,” at a public hearing on her performance, with her attorney present.

It was commission members’ decision to follow that advice, Moser told NRI NOW, that ultimately prompted his departure.

Moser also disputed the idea that his serving the district while simultaneously representing the Carters as individuals was a conflict of interest. Commissioner Linda Carter’s vote to hire the attorney was the subject of an additional ethics complaint submitted by resident Stephanie Sloman last month.

“As a general matter, a private attorney can advise an organization and also represent a person in the organization,” he said. “Giving the board general advice and also helping an official with an ethics complaint was compatible work.”

The attorney said that in his opinion, the group has disrupted the board’s ability to address regular business, calling Chairman Robert Keable, “a well-intentioned man who serves on the board because he wants to help the fire department to protect the people.”

“In open meetings he is having trouble maintaining order in the room because a small group of people tries to run the meeting from the gallery,” Moser said. “They are making threats of lawsuits in every open meeting, in order to make him and others do what they want.”

“This group of thirteen or so people claims to speak for the taxpayers, but I believe that many taxpayers are disturbed by what this small group is doing at the board’s meetings,” he added.

At the district’s meeting this week, Keable expressed some frustrations to those in attendance and called on residents to comment during the public hearing at the start of the agenda, rather than on each individual item.

“We have to have an orderly meeting,” said Keable. “I want to try to follow Roberts Rules of Order. You elect a board to represent you in your best interest, and we try to do that.”

“We don’t get the business done that we’re supposed to,” he said of the recent process.

Cynthia Lussier was one of several residents to speak against the idea of limiting comments from the public.

“I think there’s some really good things that have come out of discussion,” Lussier said. “We are here for a reason and it’s because we care, not because we’re trying to bust anybody’s aggets.”

Commissioners said they didn’t know why Moser had resigned.

“Now what we need to do is find another attorney,” said Keable. “What we’d like to do is interview 2-3, and make a decision. At this point, we’ve got to find somebody else.”

Resident Irene Watson scolded board members for not taking the advice of residents who were against the hire beforehand.

“Nobody would listen,” said Watson. “We could tell the way it was going with him that it was not going to work.”

Before starting the regular meeting, Keable, who has served on the commission since 2012, read a prepared statement on his feelings about the district, citing recent commendations including Rescue Capt. Thomas Smith’s title of EMS Coordinator of the Year and Chief Carter’s receipt of the Life Saving Award from the Burrillville Police Department.

“These people give it their all every day and go above and beyond,” said Keable. “I’ve had the pleasure of serving some great people. This entire board believes in this place. That’s what it’s about for me.”

Once the meeting began, the commission took up the issue of hiring an auditing firm, noting that after advertising the job, they had only received one bid for the service.

“There’s tons of accounting firms,” said Richard, noting that he had spoken to the auditor general’s office and learned of a website where the district could post the ad for free. “There’s a much better way of advertising this.”

“We are way behind on this,” said Keable, noting that their choice for the service would need to be approved by the auditor general.

Richard said that the current firm, Parmalee and Poirior, did not do a number of things the commission aimed to accomplish this year.

“I feel as though they’ve done a good job,” said Keable, noting that the firm has served the district for at least ten years. “We put it out to bid like we were supposed to.”

A motion to appoint Bernie Poirior was met with an outburst from both Richard and residents.

Lussier pointed out that the district’s vote on the budget was delayed in September because the firm had not completed its work.

Resident Ken Putnam added, “We’re here to make this place better. We have nothing against you guys.”

The motion to appoint an auditing firm was ultimately tabled for re-advertisement. Full video from the meeting can be found here. 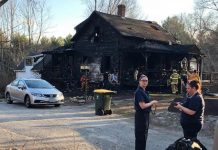