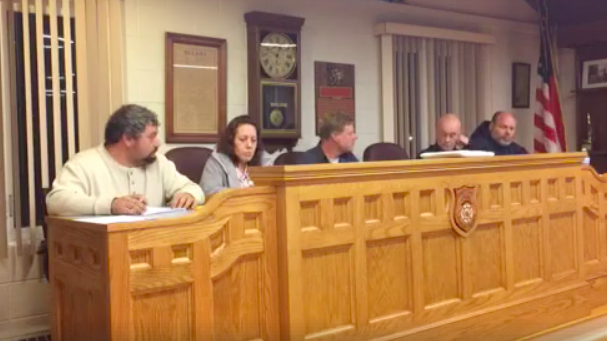 BURRILLVILLE –  The Rhode Island Ethics Commission is looking at two complaints against Pascoag Fire Commissioner Linda Carter submitted by two different residents over the course of the year.

The latest, submitted Oct. 22 by Stephanie Sloman, notes that Carter recently voted to appoint her personal attorney Albin Moser of Providence, to represent the district itself at the board’s Sept. 17 meeting.

Concern over the hiring of the attorney, who is currently representing Carter in an Ethics Complaint submitted back in May by Gregory McCutcheon, was expressed by several residents at the fire board’s meeting this week.

“I’m concerned that he still represents an individual board member and represents the board and the district as a whole,” said Jennifer Spaziano Richards, a firefighter/EMT with Hose Company 2. “You can’t be both. You need to have  an attorney whose soul purpose is for the district.”

Moser recently represented Chief Harold Carter in a separate ethics complaint, and has also previously represented Kevin Carter, former chairman of the Pascoag Fire District Commission and brother to the chief, as well as Hose Company #2.

The complaint against Linda Carter, the chief’s sister-in-law, alleges that she approved payments from the district to herself and her family members several times rather than recusing herself from the votes. The complaint is still under investigation by the Ethics Commission with the state board recently voting to extend the deadline for their verdict by 60 days.

Fire Commission Chairman Robert Keable noted that Moser served as the board’s legal counsel when he first became a member of the commission, and that the attorney knows the district well.

Moser himself added that he’s spoken with members of the Ethics Commission.

“They don’t have an objection,” said Moser. “This organization isn’t paying Linda’s fees on that case.”

“I don’t like it,” Scott said. “As a taxpayer, I think it’s a conflict of interest. You can’t serve two masters.”

More than a half dozen residents spoke on the issue, with some noting that Moser has received nothing it writing from the Ethics Commission.

“You’re just going to have to trust me on this one,” the attorney said.

“I don’t think that she should be voting for you while you’re representing her,” said resident Julia O’Rourke said of Commissioner Carter. “This is a mess. You guys are not properly managing it. You guys have some major issues and you know what’s going to happen? It’s going to come back on the taxpayers. As far as I’m concerned he represents the Carters.”

Moser responed, “I don’t really understand the degree of concern on this issue. I’m rendering good and valuable services at below market rates.  I perceive no conflict of interest in representing Hose 2.”

Sloman, who was at the meeting this week said of Moser, “He scares me. He doesn’t give anybody a direct answer. Is he playing a game? He has a little smile on his face. He’s really scary.”

“I’m not on both sides of the controversy,” Moser answered. “It’s the Ethics Commission against Linda Carter. What it is, is a cost savings. It is not necessary to get several lawyers up to speed again and again. That costs an organization so much money.”

The complainant in the original case against Linda Carter is the husband of former district tax collector Laurie McCutcheon, who was suspended from the job in January after 17 years of service.

The tax collector herself had submitted two ethics complaints against Chief Carter alleging that he had violated laws against nepotism in treatment of his niece Brianna Carter, who also works for the department, and his brother, Keith Carter, who serves as deputy chief.

The commission dismissed both of those complaints in September, ruling that there was no probable cause for the chief’s alleged violations.

The former tax collector’s suspension was also scheduled to be discussed at the fire board’s meeting on Monday, Nov. 19, but the matter was ultimately tabled after pleas from several residents, so the McCutcheon could have time to have her attorney present.

On Monday, a few residents who spoke also accused the chief and others in the department of bullying, intimidation and aggressive behavior, but their concerns were not addressed directly by the board or the chief. Full video of the meeting can be found here.