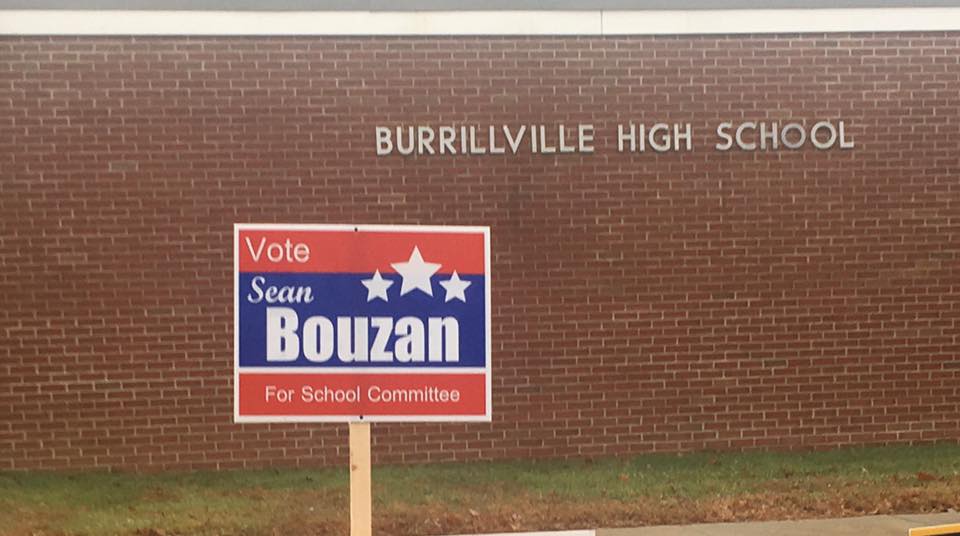 BURRILLVILLE – The midterm election held on Tuesday, Nov. 6 brought out nearly 6,000 Burrillville voters, and went off without a hitch thanks to the hard work of a dedicated group of volunteers, according to town officials.

Town Clerk Louise Phaneuf noted that turnout was 47 percent – high when compared to past years for a midterm election. The last time Rhode Island elected a governor in 2014, 44 percent of eligible voters cast a ballot statewide, and the figure was even lower in Burrillville at just 40 percent.

Phaneuf was among those to visit town polling places throughout the day, and said that the lines she witnessed never lasted more than five minutes.

“Every polling location had a very steady flow of voters all day,” said Phaneuf. “The poll workers, the backbone of a successful election, were well trained and prepared and handled the high turnout with aplomb.”

The only slight exception reported was a slight backup at Burrillville High School – one of six polling places in town – around 5 p.m.

“Voters were patient and everything worked out well,” said Phaneuf.

While casting a ballot is a relatively simple experience for voters, Phaneuf pointed out that there’s much work done behind the scenes to ensure things run smoothly. The election was the second in which Burrillville utilized electronic poll pads, which were well-received by both voters and poll workers.

“They really help with fast and accurate check-in,” Phaneuf said.

Each polling place was staffed with six or seven workers, with a volunteer group of more than three dozen arriving at 6 a.m. and working until polls closed at 8 p.m.  Between 8:30 and 9 p.m., clerks and moderators went to the town building to submit their returns.

At the town building, Election Day is a major event, and planning begins long before voters get the chance to weigh in. Pam Pelletier of the Town Clerk’s office served as key elections clerk, coordinating planning and execution with help from others on the municipal team.

Phaneuf said she was especially impressed this year with the hard work of the Burrillville  Board of Canvassers.

Canvassers personally visited each polling location Monday night between 6 and 9 p.m. to set up the equipment, then made sure they were present at each polling place at 6 a.m. to help with get things rolling. They also made coffee and baked breakfast breads, ran errands, and provided great overall support to the polls and staff throughout the day.

“Since an efficient closing is so important, the Canvassers go back and help close-up the polling place,” Phaneuf said.

The town clerk said that nearly every single poll worker she spoke with said they would like to come back in 2020, and they want to work with the very same team as they had.

“Can I think of a better testament to great teamwork?” Phaneuf asked. “No, I don’t think so.”