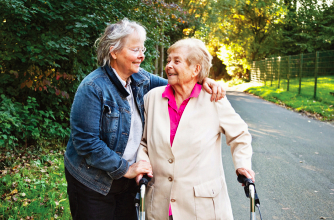 BURRILLVILLE – According to data recently compiled by Tufts Health Plan Foundation, 22 percent of Burrillville residents are now age 60 and older.

Projections from the Statewide Planning Office indicate that the percentage of people age 65 and older in Rhode Island will increase from 15.8 in 2014 to 23.1 in 2030.

And even for those of us who still have substantial time before our so-called golden years, the clock doesn’t go in reverse.

It’s a fact that members of the nonprofit coalition Age-Friendly Rhode Island know well, and one that’s inspired a series of conversations about aging across the state, to see what can be done to make growing older in Rhode Island a bit easier.

On Thursday, the group hosted Growing Older in Burrillville, an event that aimed to bring together locals with a stake in the topic – from those who work in elderly services, to paramedics and members of municipal government. Caregivers, colleges, nonprofits and health care workers should all have a seat at the table, they say, along with members of the town’s aging community.

“The idea is that it brings together all of these different people in the community,” said Susan Bouchard of Age-Friendly RI.  “We get everyone talking to each other about these age-friendly issues.”

The grant-funded nonprofit based at Rhode Island College was started around four years ago with the goal of creating partnerships and building communities that support and empower Rhode Islanders as they age. Founded as a subcommittee of the Long Term Care Coordinating Council, in its first few years of operation, the organization gathered data and addressed major issues for seniors statewide.

Now, the goal is to improve quality of life for the growing demographic, with conversations that start at the community level.

On Thursday, locals had the chance to share their challenges, opportunities, and ideas about how to make things a little easier for the town’s aging population. The group addressed subjects such as what services are needed to allow residents to stay in their homes longer, and what might help those in the demographic to be more social.

The event was brought to Burrillville thanks in part, to Kathy McKeon, who works with respite care with the Diocese of Providence. McKeon noticed there have been issues with getting enough help in the northwest corner of the state, according to Bouchard, and suggested gathering those affected to discuss a solution.

Thanks to a similar event in Smithfield, AFRI secured a grant to help older adults learn to use transportation services like Uber. In Westerly, after learning that many residents had the means to get out more often, but no company to go out with after the loss of a spouse, a monthly Community Table Night was developed.

“There have been lots of little practical things that have come out,” said Bouchard. “It’s the things that make life work living. Sometimes you don’t even know what you need until you hear about it.”

Jody Shue, director of AFRI noted, “We know that the most impactful ideas about healthy aging come from engaged citizens working together to solve problems and improve life in their communities. That’s why we work hard to to bring together older Rhode Islanders to talk about what’s working, what’s not, where the gaps in service exist, and how to build communities that truly support people of all ages.”

Bouchard said the events break down barriers between groups that don’t normally come together, including every day people living the experience.

“Sometimes the systems are already in place, but the connecting pieces are not,” Bouchard said. “It lets you look at things from a different perspective.”

“At Age-Friendly RI, we want to help jumpstart creative ideas and work with community leaders to foster programs that really make a difference,” said Shue. “Our goal is to share ideas across the State so that communities can adapt them in ways that feel just right.” 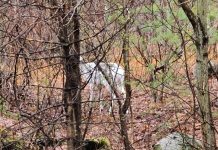