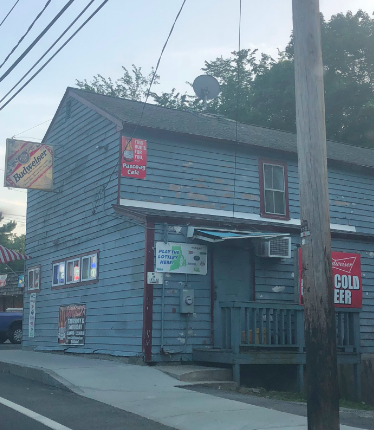 BURRILLVILLE – A West Warwick woman who was spotted outside the station of the Burrillville Police Department was brought in and arrested on a warrant for charges involving narcotics and receiving stolen goods this week.

Paige Ryan, 34, is facing two felony narcotics charges and a misdemeanor over stolen property police found during a vehicle stop earlier this month.

Ryan was one of two individuals that witnesses say were injecting needles outside the Pascoag Cafe on August 5. The driver in the incident, Travis Daubs, was arrested that night on three felony narcotics charges.

During a search of the vehicle, police reportedly found a black purse containing the driver’s license of a Johnston woman. Ryan told officers the license inside belonged to her hair dresser, and that the woman forgot it after an appointment her mother’s house the week before.

Police also reportedly found a syringe filled with clear liquid inside of Ryan’s shorts, which she said belonged to Daubs, and she was holding for disposal.

When contacted, the license owner told police she’d had her wallet stolen from her car, and it had been returned by two men who said they found it on the sidewalk near a gas station. The victim said her license, social security card and $300 were missing from the wallet, and had been reported stolen.

The syringe, meanwhile, tested positive for fentanyl and cocaine.

A warrant for Ryan’s arrest was issued on Wednesday, Aug. 22 and she was arrested on Thursday, Aug. 23 while visiting police headquarters on an unrelated matter, according to police.

Ryan was arraigned in 6th district court on Friday, Aug. 24.