BURRILLVILLE – Burrilville police have charged two suspects for five home break-ins that took place at the end of July, arresting men picked up for similar crimes in Jamestown.

According to police, the burglaries occurred on Conley Lane, Union Avenue, Whipple Road, Buxton Street, and Hill Road. The suspects reportedly entered the residences via a window, door or by forcible entry. Once inside, they are alleged to have entered bedrooms, searching for money and jewelry.

As a result of the investigation, members of the Burrillville Police Department’s Detective Division located jewelry from several of the breaks at a pawn shop, which led to the identity of the two suspects.

On July 30, Pleau, of Woonsocket, and Young, of Providence, were arrested by the Jamestown Police Department on similar charges.

Pleau and Young were arraigned before Judge Anthony Capraro, Sixth District Court, with bail being set at $40,000, with surety for each of them. 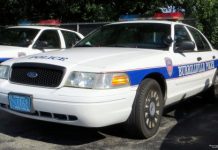 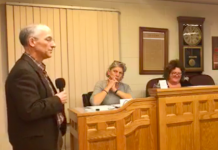