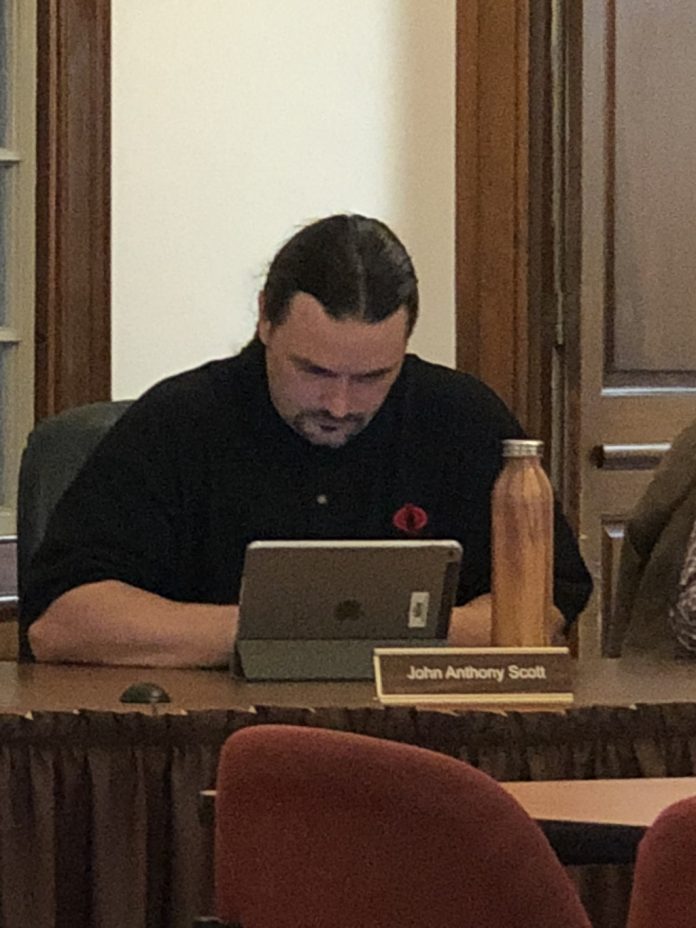 BURRILLVILLE – A Town Council member who is currently running for reelection was arrested Wednesday morning and charged with possession of more than an ounce of marijuana.

John Scott, 40, of 1015 Wallum Lake Road reportedly turned himself in to Burrillville police around 8 a.m. on Wednesday, July 25.

According to police records, the arrest was the result of an investigation that took place after a traffic stop on Sunday, July 8 on South Main Street in Pascoag. An officer searched Scott’s vehicle and found the drug, ultimately charging him with possession of more than one ounce.

Scott, who became known politically as a vocal opponent of Invenergy’s proposal to build a power plant in town, became a member of the board in 2017 to complete the remainder of a vacant four year term. He is running in 2018 as an independent.

Scott surrendered himself at police headquarters where he was processed and released on a summons to appear in Sixth District Court on August 21, to be formally arraigned.