Home Entertainment From the wicked to the weird: Paracon brings ghostly curiosities to Burrillville 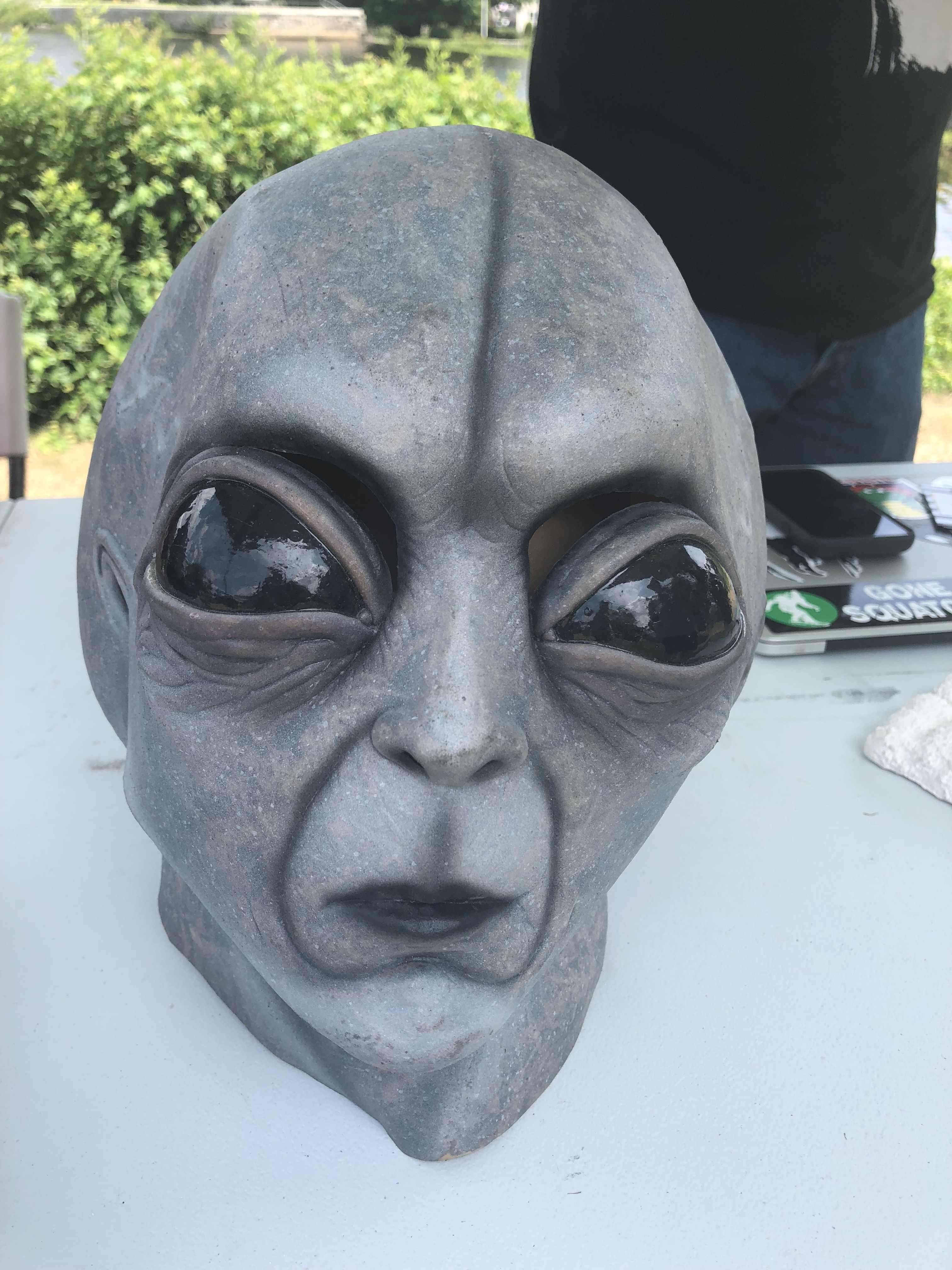 BURRILLVILLE – With ideas and stories that were eerie and unnerving, and artifacts that varied from macabre to the downright gruesome, the participants at the 7th annual Ocean State Paracon all had something to share.

The two-day gathering of authors, investigators and collectors of oddities took over The Assembly Theatre on Saturday and Sunday, July 14 and 15, giving guests to the Burrillville Town Common a glimpse at the places and people that help to continue the public’s fascination with the paranormal. 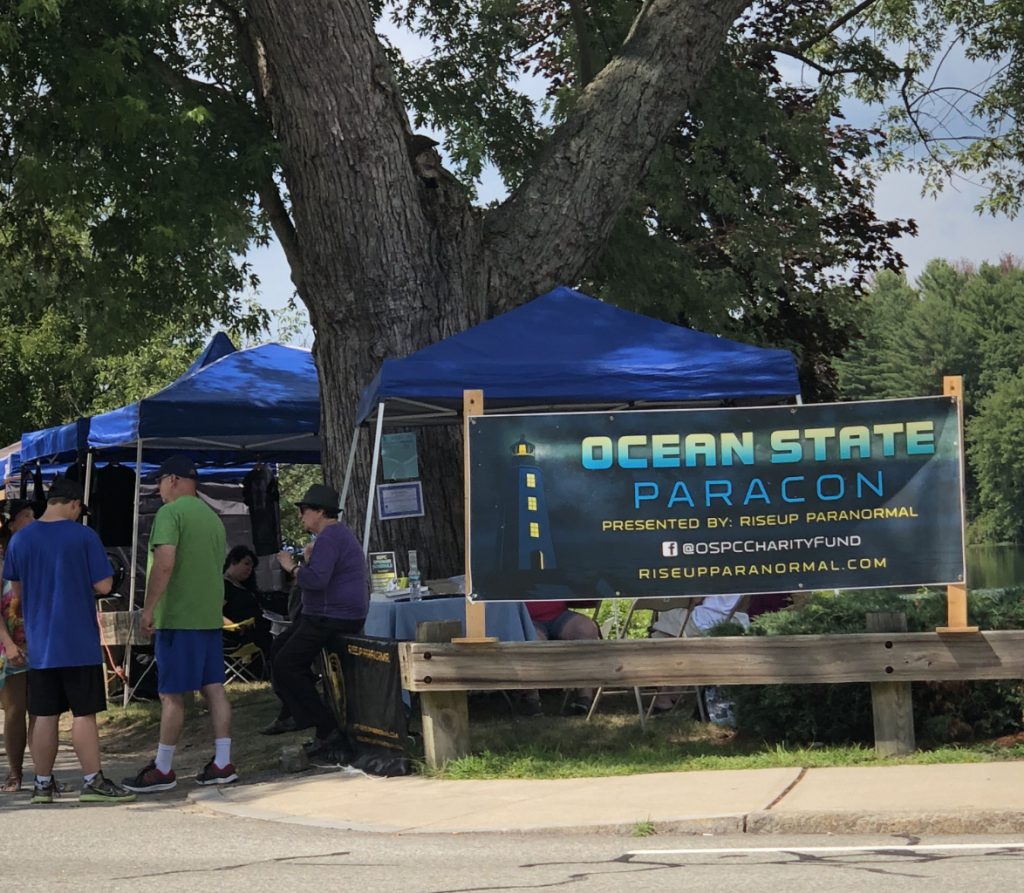 Speakers, many made famous by the Hollywood version of what they say were real life experiences of encounters with the unknown, told tales of searching for aliens, ghosts and even bigfoot, or of coming to terms with the haunted buildings and objects that they say came into their lives.

Among them were several who had paranormal experiences at a house right in Burrillville.

“It seemed like something didn’t want us there doing what we were doing,” said Carl Johnson, one of several investigators who visited a farmhouse on Round Top Road in Harrisville, owned by the Perron family in the 1970s, along with his brother Keith Johnson.

“When I stepped foot on the property, it was like a force field draining energy,” said Keith. “And in contrast was this beautiful, beautiful family. You could really feel the energy building.”

Stories of that home inspired the 2013 horror hit The Conjuring, a movie about that family’s experience in the house. The eldest of the Perron daughters, Andrea Perron, recounted her memories of the Burrillville home in the book House of Darkness, House of Light.

On Sunday, Perron and the Johnsons took part in a panel discussion on their experience, along with the author’s father Roger Perron, paranormal investigator Julie Griffin, and Julie DeMay of RISEUP Paranormal.

The Johnson brothers described a window in the house that the family said had been stuck open for months before their visit back in the early 1970s. Keith said he advised the family to call upon the name of Jesus Christ – and the window immediately slammed shut.

“As hard as that window slammed, there should have been just fragments of glass, but it was in tact,” said Perron.

Carl, who was an 18-year-old paranormal investigator at the time, described other activity in the house, from doors slamming and black smoke, to a general a feeling of tension.

He said he didn’t want to see The Conjuring when the movie came out.

“I thought some of the inaccuracies might bother me,” Carl Johnson said. “But I thoroughly enjoyed the movie. It actually made me feel nostalgic.”

Perron agreed that in the case of the haunted Harrisville farmhouse, the movie was eerily accurate, duplicating perfectly things like the pattern of the wallpaper, or a picture hanging on the wall.

“Everything happens for a reason, and there were many things included in The Conjuring that they had no way of knowing,” Perron said.

According to several other speakers at the event on Sunday, that isn’t always the case when scary and odd events find their way to the TV screen.

Bill Brock said he had been investigating stories of bigfoot for years and documenting his experience on a podcast before he decided to pursue a job on television. He eventually landed a role on the reality TV series Monsters Underground.

“It was absolutely the coolest and worst experience in my life,” he said. “They put me on TV and nothing was real.”

Brock said the contrived experience made him want to return to his own investigations.

“I wanted to really get out there and prove this creature exists,” he said. “I take this seriously.”

Brock said he believes that bigfoot is a species of animal that has become very good at staying out of the public eye.

“I think it’s a neanderthal,” Brock said. “Really, this thing is just doing what it has to to stay hidden.”

After eventually leaving the show, Brock says he filmed what he believes was a UFO, and it changed his focus. His investigations have led him to visit locations across the country where people say they’ve had alien encounters.

“It’s almost a history thing and I want to put the history out for people to analyze,” Brock said. “I think if somehow we can look at our past we can really understanding our future.”

Currently, Brock is working on documentary called Abducted New England. He said he interviewed some 200 people who said the had encounters for the project, choosing just four to work with.

His experiences with Hollywood were similar to those described by Jack Kenna, a reality TV actor who has starred in Haunted Case Files and Paranormal Survivor. Kenna’s talk, “Investigating the Paranormal: It’s not always what you think,” documented the difference between what he believes have been genuine evidence of ghostly encounters, and the polished up exaggerated version that ends up on television. 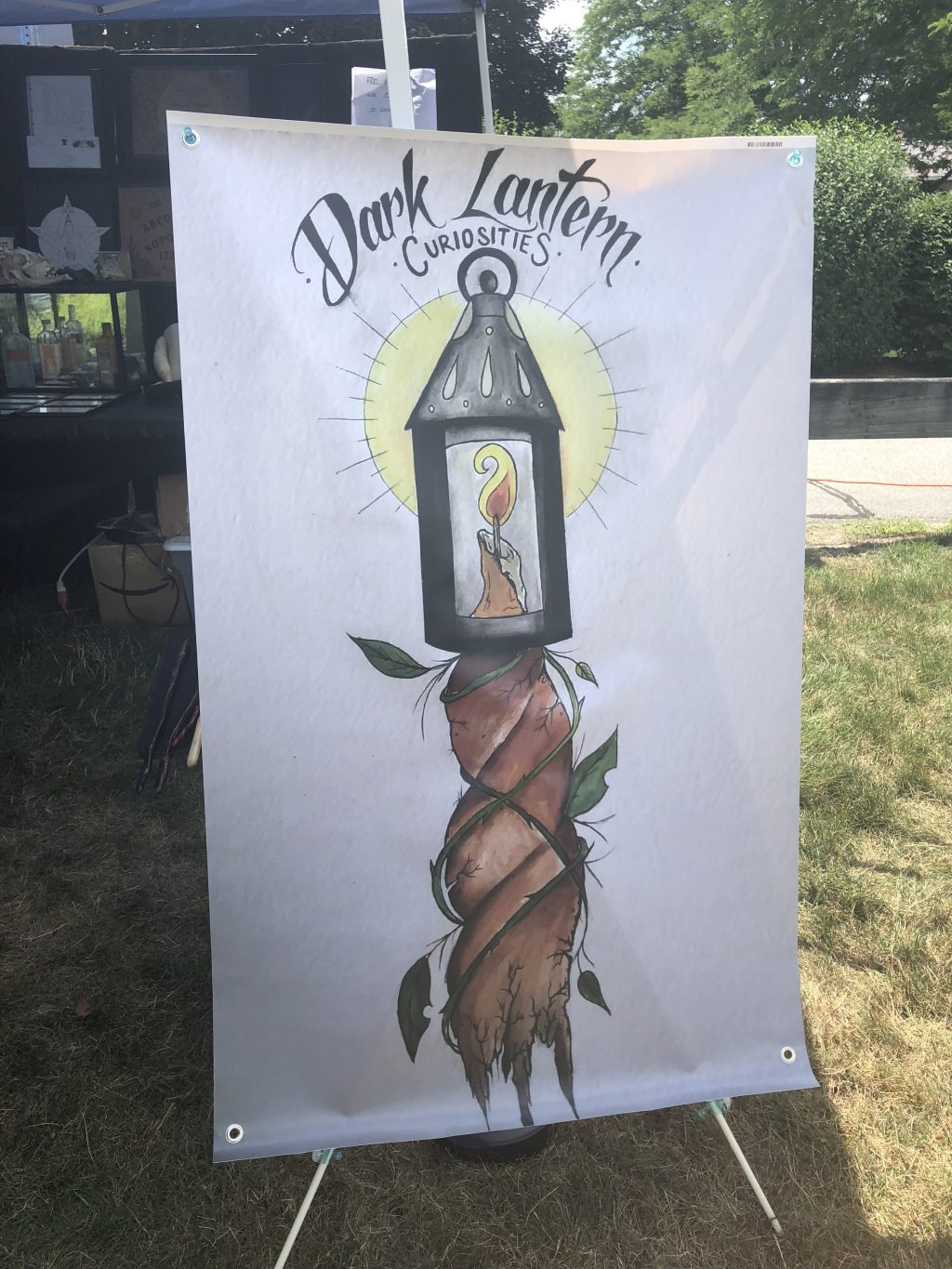 The speakers were just a few representatives of the more than 40 groups that took part in the weekend event, organized by RISE UP Paranormal. Tables lined the theater’s outdoor space along Harrisville Mill Pond, and were complimented by food trucks and raffles.

It is the fifth time that Ocean State Paracon, which served as a fundraiser for Friends Way of Rhode Island this year, was held at The Assembly Theatre.