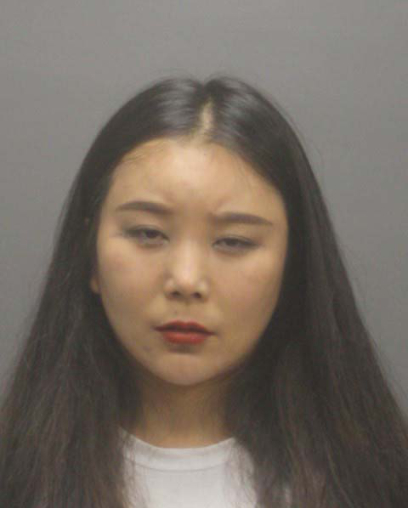 BURRILLVILLE – A woman accused of charging $10,200 to inject a Burrillville victim with Botox without a license to practice medicine was arrested on two warrants last week.

Xiaona Wang, 38, of 80 Hamilton St. Woonsocket was picked up by Woonsocket police on an arrest warrant from Burrillville police and a Superior Court bench warrant on Monday, May 28. Wang remanded to the Burrillville Police on charges of unauthorized practice of medicine and obtaining money under false pretenses.

Wang also received a compliance order from the Rhode Island Department of Health in February noting she holds no active license to practice medicine or any health care profession in the state.

According to the order, a victim, identified only as “S.K.C.” told Burrillville Police last year that Wang had injected her with Botox and/or fat into her breasts and face with needles over five sessions between May and that time. The victim said she paid $10,200 in cash for the service, but that Wang refused to give her receipts.

“S.K.C. alleges that her face became very warm and she broke out with an infection after the injections,” the order states.

Police reportedly searched Wang’s home on Sept. 22, 2017 and found medicine boxes in the refrigerator, two large machines used for injection sessions, and an assortment of needles, syringes, bottles of clear liquid and masks.

The victim told DOH officials that Wang continues to maintain a social media presence and to practice medicine, leading to the cease and desist order, issued February 21.

Wang did not appear for a prearrangement conference on the charges in Burrillville in May, leading to an arrest warrant. She was arraigned in 6th District Court on Tuesday, May 29 and pled not guilty. Her next scheduled court date is Tuesday,June 12.

Burrillville Police spokesman Major Dennis Leahey said he could not comment on the ongoing investigation.