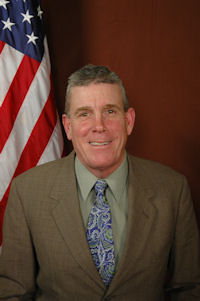 It is scheduled for a hearing before the Senate Judiciary Committee on Thursday, May 24.

Proponents say the bill, which passed last week in the in the House of Representatives, would add protection for host communities and the environment.

The legislation comes in reaction to Invenergy’s proposal to build a 1000-megawatt, fracked gas- and oil-burning facility just outside George Washington State Forest.

Rep. Cale Keable, a Democrat representing District 47 in Burrillville and Glocester, crafted the companion House version with help from Burrillville Town Council President John Pacheco. It proposes an overhaul the Energy Facilities Siting Board that would include expansion from three members to seven, and would require that those who apply to build such a plant provide all the needed information before their application can begin moving forward.

Fogarty, a Democrat representing District 23 in Burrillville, Glocester and North Smithfield, introduced companion Senate bill – S-2905 – on Thursday, May 17. Amendments changing some language in the legislation to match the House bill are expected to be added during Thursday’s hearing, according to legislative spokesperson Meredith Whitty.

Currently, just two EFSB members are overseeing final hearings on the proposal. The typically three member board lost Division of Planning Associate Director Parag Agrawal after his resignation last month and he has yet to be replaced, an issue that opponents of the plant say highlights problems with the state’s current process.

“Power plants have a tremendous impact on their host community and the environment as well as our energy resources, so they should be vetted in a very thorough, careful process that warrants the public’s trust,” said Keable in a statement. “Our neighbors in Massachusetts and Connecticut have larger siting boards that represent the divergent interests involved in siting power plant projects.”

Keable notes that all three EFSB members in Rhode Island are appointed by the executive branch of government.

The bill would add four members to the EFSB whenever it meets to discuss a proposed major power plant or a major expansion of an existing one: the director of the Department of Health, the state fire marshal, and two members of the public. The elected chief executive or town council president of the host community would appoint the members of the public, one of whom must be a resident of the host community and the other of whom would represent the community’s businesses.

The bill would also require any application placed on the docket to have been deemed complete. It would suspend the process for 60 days if the applicant fails to provide state agencies with the information they need to issue necessary advisory opinions, and mandate the denial of the application if the information is still not provided at the end of those 60 days. Failure or refusal to provide any information requested by the Siting Board would also be grounds for denial.

Proponents note that several state and municipal agencies have been unable to provide complete advisory opinions for the Invenergy proposal due to a lack of information from the company.

Additionally, the bill would provide a counsel for the public who would legally represent the public in seeking to protect the quality of the environment, including advocating for environmental justice matters throughout the process. The public counsel would be appointed by the attorney general, and the cost of his or her fees would be paid by the applicant through the board’s assessment process.

Keable says the legislation would significantly strengthen protections for host communities, including automatic intervenor status. As part of the process, applicants would be required to include in the application a detailed description of the proposal’s access to all utilities including water, sewer, electric and gas. Host communities would submit a report detailing the proposal’s consistency with all local ordinances, regulations and standards, and the Siting Board would seek advisory opinions from its zoning, planning, and building departments. The bill would make the applicant responsible for paying the cost of the host communities’ participation in the process.

The EFSB would also be required to consider any town or city council resolution regarding the application. In the case of a host community that already is host to another fossil fuel power plant of 250 megawatts or more, the legislation requires the board to abide by that town or city council’s wishes, unless the board is presented with clear and convincing evidence to the contrary.

Burrillville already hosts the 560-MW Ocean State Power plant and the town is one of 32 in the state that have passed resolutions against Invenergy’s proposal.

The legislation also adds a requirement that the applicant include “a detailed and specific statement as to the effects the proposed facility would have on the ability of the state to meet its carbon-emissions-reduction goal,” and prohibits the Siting Board from approving the project unless it has shown it won’t prevent the state from reaching that goal. 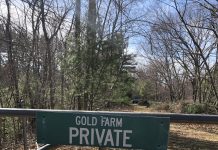 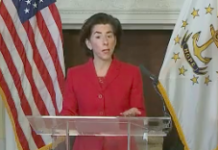