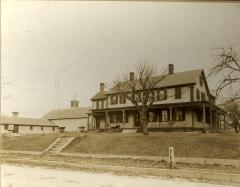 Welcome to Burrillville Then & Now, where we take a glance back at how the town used to look, then show how the same space looks today.

With photos and information provided by the Burrillville Historic & Preservation Society, we look now at the history and preservation efforts at Sweet’s Hill. 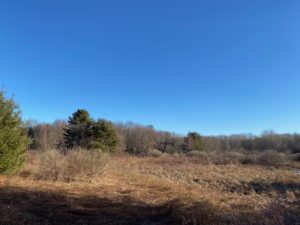 This photograph shows what Sweet’s Hill looked like back in the 1890s when the farm was owned by Albert and Thomas Sweet. The farm consisted of all the land along both sides of East Avenue from present-day Burrillville High School to Route 102, and also extended from Oakland all the way to Spring Lake. It was 1,200 acres in size and was one of the largest farms in town. Here we see Thomas H. Sweet standing in one of his large alfalfa fields. The Sweets were some of the first farmers to experiment with alfalfa as a hay crop. Originally all the hay had to be cut by hand with scythes. A crew of about four or five men walking side by side would cut a swath maybe 20 feet wide and go the length of the field and then come back the other way. 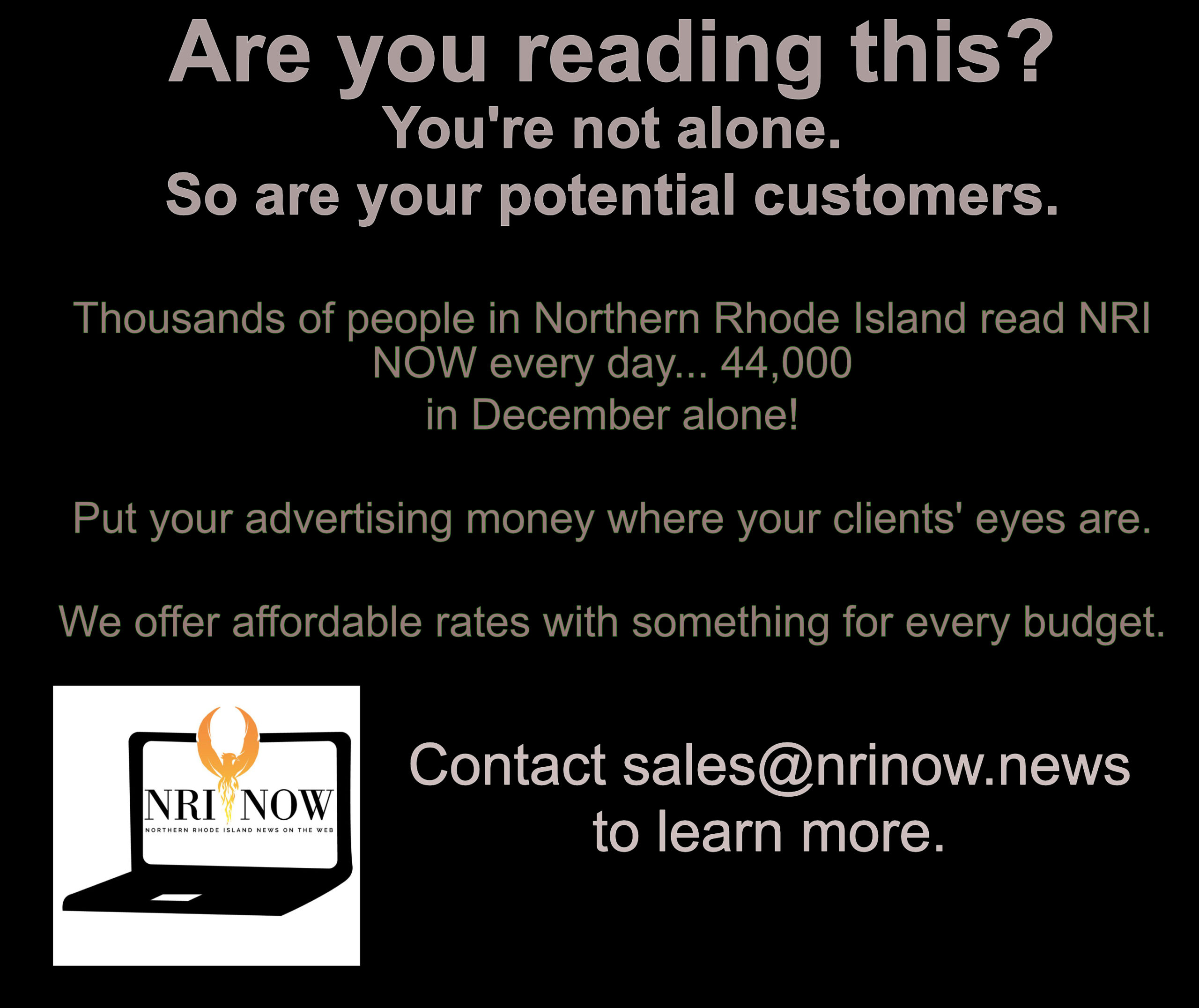 The Sweets produced fruits and vegetables, slaughtered cattle, and cut lumber. Later they were involved in the dairy business. Sweet’s Hill was one of the first dairies in the state to pasteurize milk and had the contract to supply the State Sanatorium at Wallum Lake with fresh pasteurized milk daily.

In the 1930s, the farm was called Indian Acres and was run by Thomas and Albert’s nephew, Irving Sweet. The farm had a large herd of registered Holstein cattle and was considered to be one of the top dairy herds in the state both for milk production and for bloodlines. Lumber was sold and when electricity came into the town, they supplied timber for the poles.
In 1958, the farm closed when the owner, Liston Sweet, died suddenly. The farm equipment and machinery were sold at auction and land was sold off.

The history of this farm began around about 1720, when Daniel Mathewson bought large tracts of land in the area around what is now East Avenue and Spring Lake. The land was passed down through generations and in the 1800s it was owned by Welcome Mathewson, a gunsmith who produced very fine flintlock rifles. Back then East Avenue ended at Whipple Avenue, a lane continued up the hill ending at the Mathewson farm which was known as Mathewson Avenue. Welcome’s daughter, Mary Ann Mathewson married Henry Sweet. They had five children. Two of the children were Thomas and Albert Sweet, and the hill that the farm was located on became known as Sweet’s Hill.

When Liston Sweet died in 1958, the farm died as well, lots were sold off, houses were built, fields became overgrown and pastures became woodlands. One large piece of acreage remains that is now in danger of being developed.

It hopes to save this 150 acre parcel to be kept in its natural state for hiking, bird watching, nature viewing, and historical interpretation. Besides being rich in farm history, this area is also the location of an ancient artifact discovery. In April 2020 a Burrillville resident found a “bannerstone” that is thousands of years old. A “bannerstone” is a stone with a hole drilled through the center and is thought to have been placed on staffs as banners or emblems and used for ceremonial purposes.

To learn more about saving Sweet’s Hill, visit Burrillvillelandtrust.org. You can also watch “Why save Sweet’s Hill?” on YouTube.

The Land Trust is currently holding a “Save Sweet’s Hill” fundraiser and is holding a scratch ticket raffle. To purchase tickets, which cost $20, send an email to info@burrillvillelandtrust.org or call Betty at 401-568-8449.

The Land Trust has just kicked off this campaign and already there is much enthusiasm from residents wanting to preserve this property. P&R Construction, a long-time family-owned Burrillville business has generously offered to construct a visitor’s parking lot if the property is acquired. We hope you will join us in our mission to help preserve and protect the rural character of the town of Burrillville.

Betty Mencucci is president of the Burrillville Historic & Preservation Society.