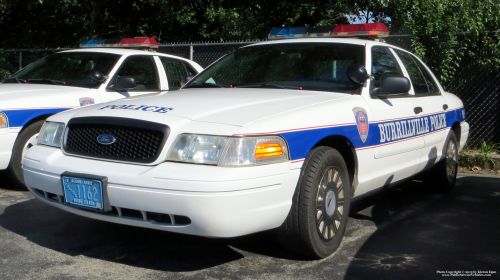 BURRILLVILLE – A Burrillville woman has been charged with disorderly conduct and refusal to relinquish a telephone after drunkenly trashing her parents’ home and then falling asleep, according to police reports.

Brenda Westgate, 50, was transported to the women’s ACI following the November 28 incident.

According to the arrest report, police responded to a 911 hangup at the Harrisville house around 1:40 p.m. that Saturday.

Westgate’s parents, ages 77 and 79, initially told police she had shoved her father to the floor, but later recanted, telling police she was “extremely drunk, ranting and raving, and screaming at the top of her lungs.” They said Westgate had followed them onto a porch with a kitchen knife, and taken their phones so they couldn’t call police while making a mess in the house.

Officers reportedly found Westgate in a bedroom, where she yelled, “I’m asleep,” as they entered. She was surrounded by empty Fireball nips, according to the report, which notes that there were, “personal items, clothing, etc., strewn about two rooms.”

“It appeared the items were thrown all over the rooms,” the report stated.

Police reportedly attempted to contact the Department of Elderly Affairs following the incident.