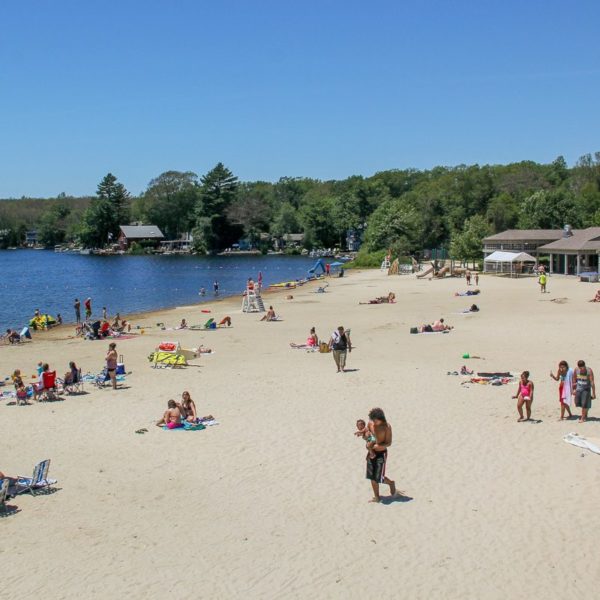 BURRILLVILLE – Spring Lake Beach operated at a loss of $39,710 in 2020, due in part to restrictions that saw a late start to the summer season and decreased attendance as the region faced a pandemic.

“This year was a challenge for all of us, especially for a facility that relies on a crowded beach to make money,” Public Works officials noted this week in a memo to Town Manager Michael Wood. “The operation needed to be throttled back due to the pandemic associated state restrictions and an expected drop in attendance.”

Instead of its normal Memorial Day opening, the start of the season was delayed until mid-June this year. Amenities, such as the water slide, dock and rental of Champlain Hall were suspended, and beach hours were reduced.

The beach also lost 10 days due to rain in 2020, and officials noted that they also lost revenue when patrons left after learning of the $1 fee increase.

Officials closed out the season with a total of $144,711 in revenue, down significantly from the projected $206,261, although some of the gap was made up through staff reductions.

“In the end we just didn’t get the patrons that we planned on,” said Public Works Director Jeffrey McCormick.

“If all is normal throughout the year and (with) no abnormalities, we still see lose a significant amount of money, we need to consider some drastic changes to the 2022 business plan,” the memo noted.

Among the issues leading to the loss in revenue has been short-term shutdowns due to high bacteria counts.

In attempt to attract more town residents, the family pass was limited to residents only in 2013. Still, 93 percent of patronage over the past two years has come from out of town.

Councilor Donal Fox questioned if the town should spend money on the beach when only 7 percent of attendees were residents.

“I don’t know if this is a good year to use,” said Wood of the low resident attendance.

Councilor Raymond Trinque said that next year, the town should hold a marketing campaign to get people from Burrillville, “to rediscover the beach.”

Parks and Recreation Director Andrea Hall said there has been an increase in patrons from Burrillville.

“We have seen more residents,” Hall said. “We are attracting people from town.”

Beach officials said they are planning on a normal opening in 2021.