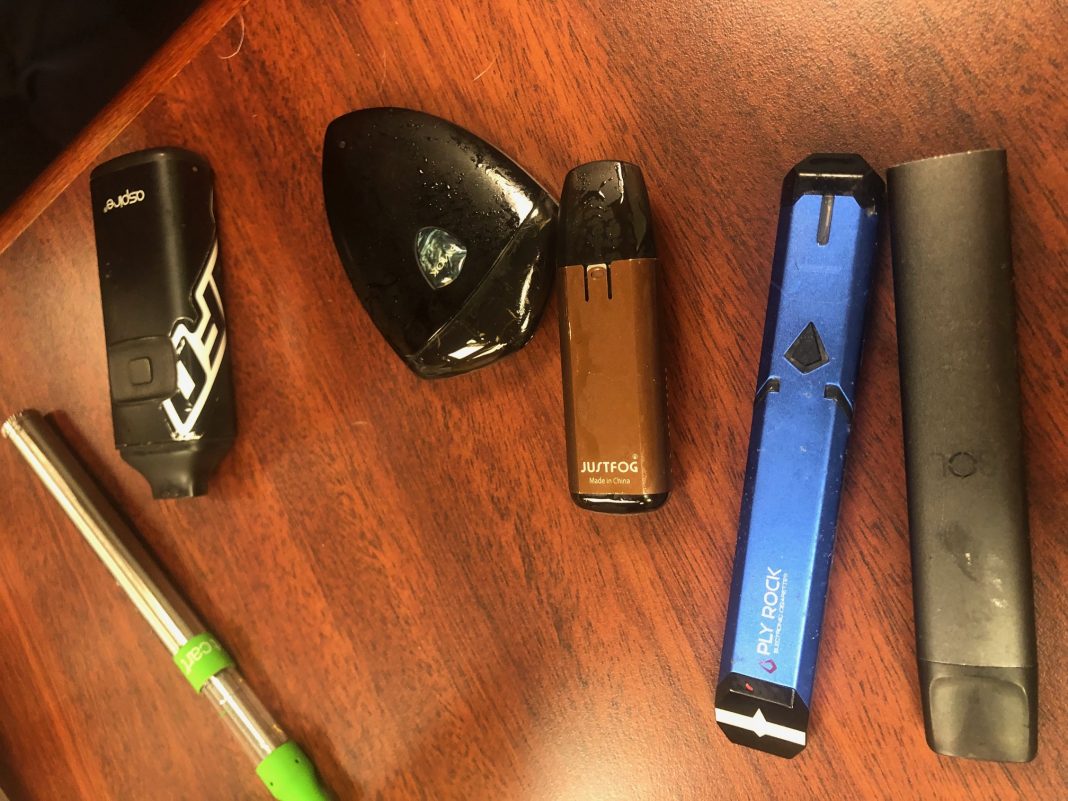 BURRILLVILLE – Since the start of the school year, a total of 20 Burrillville High School and Middle School students have been arrested for vaping, a change in how local officials address the problem of nicotine use by youth resulting from a change in state law.

School Resource Officer Dave Beauchemin has been working with Burrillville students for more than 15 years, and says that over the past three years, vaping in schools has become an epidemic.

“It’s there. It’s readily available,” said Beauchemin of the nicotine products and equipment. “We hear all the time that they’re being sold in the school.”

Beauchemin notes that during the 2017-2018 school year, at the high school alone, there were 84 infractions involving vapes- electronic cigarettes and the flavored nicotine “juice” inhaled through them.

“We really became more focused on it last year,” he said.

Last January, a state law went into effect banning the use of e-cigarettes at all school facilities, making use of the products an arrestable offense. Police and school officials agreed that no more warnings would be issued once the new school year began, and held an assembly to inform parents.

“It’s been a combined effort to really get these kids to understand the dangers of it,” noted Burrillville Police Major Dennis Leahey. “The administration has been really proactive.”

Students caught vaping are picked up and brought to the police station, and their parents must come in to sign for their release. For their first offense, they’ll appear before an in-town juvenile hearing board, and likely receive a punishment that comes with an educational component, such as writing an essay about the effects of vape use.

Beauchemin also brings that education into the schools, starting at elementary level.

“By the time we get to the middle school and high school, it’s too late,” he said.

Of the 20 arrests so far this year, Beauchemin notes that seven or eight were at the middle school.

“It’s almost as prevalent at the middle school as it is at the high school,” he said.

Still, he notes, the numbers at both schools are way down from last year.

“The good news is it has slowed down,” he said. “It seems to have had some kind of an effect.”

He notes that students over the age of 18 can’t be arrested for the infraction. That, unfortunately, means there’s less deterrent for those that might sell it to the younger students.

Cigarettes, he says, are almost nonexistent at schools these days, but both officers dispute the idea that vaping is less dangerous.

Beauchemin notes that there are 6-8 milligrams of nicotine in the average cigarette, but a hit from a vape can average around 40 milligrams.

“They’re getting addicted much quicker,” said the SRO.

“We already know that it has caused popcorn lung,” said Beauchemin. “Now it’s being associated with throat and lung cancer. It’s still harmful – just theoretically less harmful than a cigarette.”

The size of the devices, he notes, is getting smaller, making the vaporizers easier to hide. 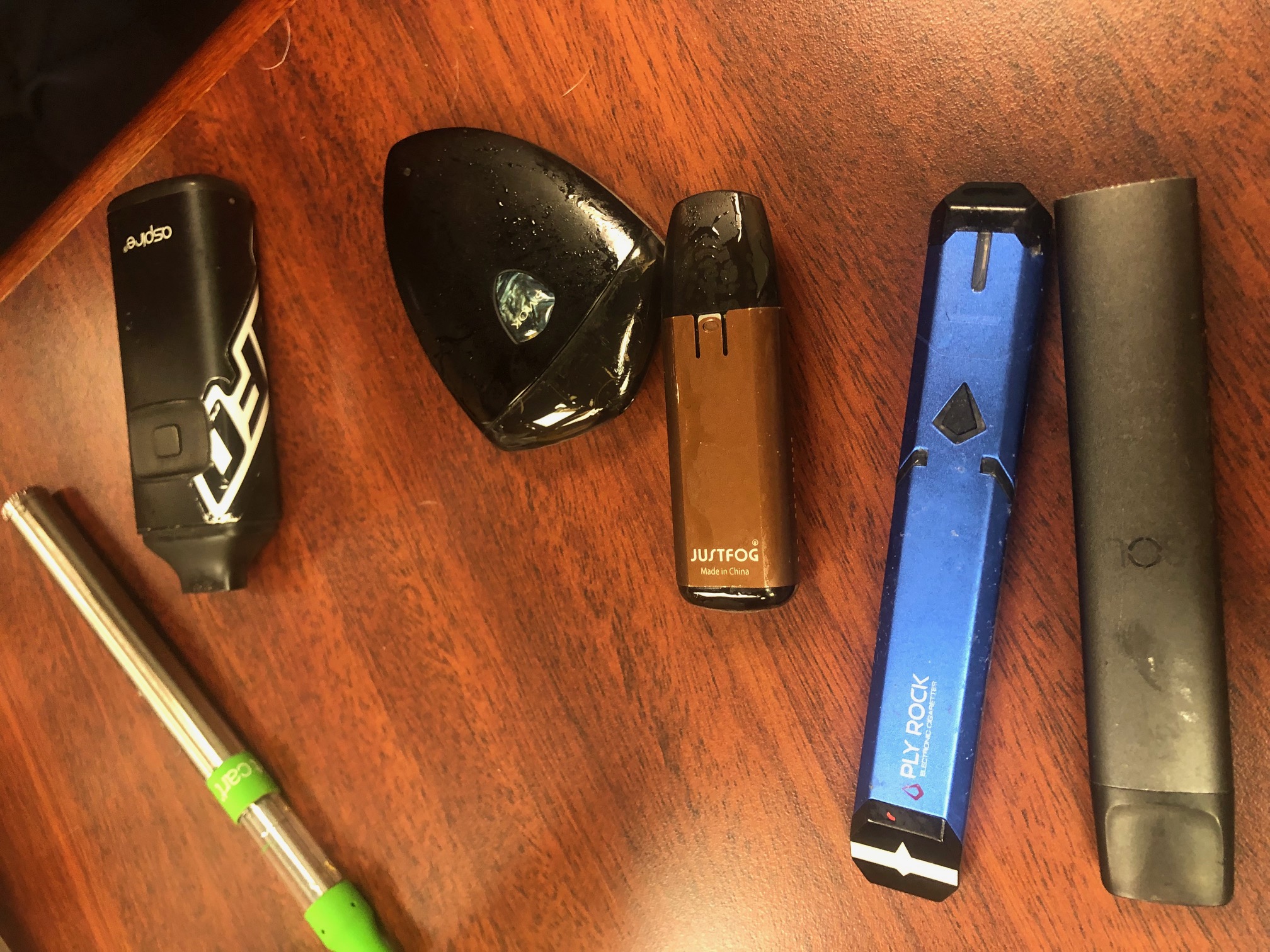 “They even sell clothes now with a little pocket where you can put the vape,” Beauchemin said.

That fact, and the production of flavors such as “melon lust,” “cotton candy,” and “crisp apple,” makes clear, the officers say, that the industry is targeting children.

“It’s all flavors that will attract young kids,” said Beauchemin. “They’re catering to it.”

Beauchemin works with other infractions in schools, but says that currently vaping makes up for about a third of the arrests.

“Unfortunately this has become a huge part of his job right now,” said Leahey.

With after school programs for strength training and physical education, the SRO also works to establish positive relationships with the students.

“It’s not an easy thing to get kids to trust and confide in you,” said Leahey.

As more kids come forward to tell him when there’s a problem, Beauchemin knows his efforts to combat problems like addiction by establishing camaraderie have been working.

He noted that in Burrillville, “90 percent are great kids, and most of them don’t want that stuff in the school either.”