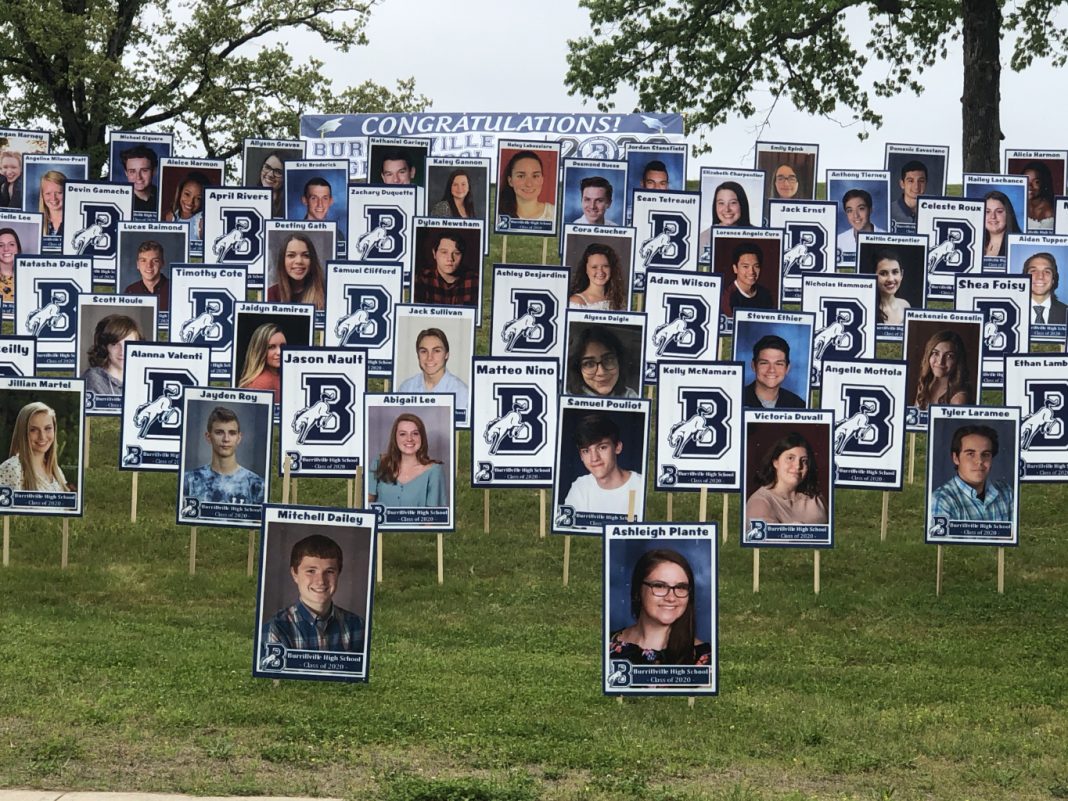 BURRILLVILLE – On the hill in front of Burrillville High School, the smiling faces of students in the Class of 2020 mark a unique parent-organized tribute to a crop of graduates whose final year at the school was cut short by a pandemic.

The mothers of two Bronco seniors – Jennifer Willerval and Cathy Ames – organized the project, printing 173 signs with photos recognizing the graduates with help from the community.

Willerval heard of a similar project recognizing another school’s graduates from a co-worker, and brought the idea to Burrillville.

“The one thing I was worried about was that we would not get enough donations and it would be very difficult collecting them individually,” Willerval told NRI NOW.

Her fears were unfounded.

Willerval and Ames hoped to have the signs installed before seniors’ first day of graduation appointments on Tuesday, June 2. The students have scheduled private sessions to walk the stage at Levy Rink and receive their diplomas, in sessions that will will be spliced into a single graduation video, following distancing guidelines for commencement set out by state authorities.

Willerval contacted BHS Principal Michael Whaley, who brought the idea to the Burrillville School Committee, and got permission for the parents to use school property. The principal also collected names and photos of the graduates, and forwarded them to the printing company.

And within 48 hours a GoFundMe page for the project raised $6,650 – enough to print signs – most with photos – for all of the graduates, with money leftover to make a $850 donation to the class.

“The check went in the mail today,” Willerval said.

The signs were printed by Precision Graphics of Pawtucket in less than 24 hours, and delivered to the school free of charge. 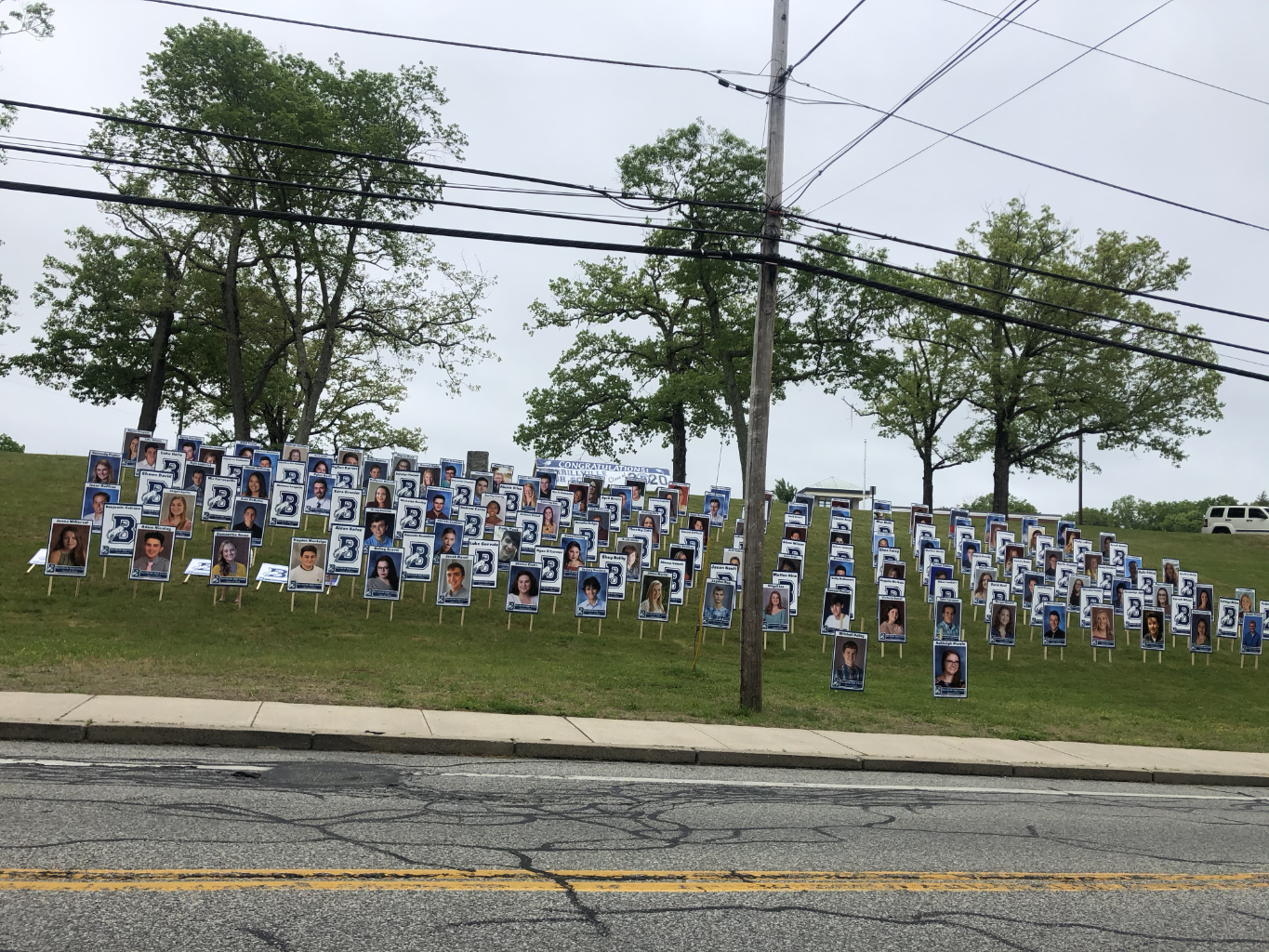 More than a dozen parents along with some students answered a call for volunteers, erecting the signs on Thursday, May 28.

“It was a success and it looks beautiful,” Willerval said of the outcome, a striking tribute that now sprawls across the school’s front lawn.

“They’ve really pulled this together quickly and made it a community effort,” Whaley said of the dedicated parents.

The principal said the weather-proof signs will stay up through the end of next week before they are given to members of the gradating class.

In addition to a fitting acknowledgement to the 2020 class, the signs double as a replacement for another experience seniors missed this year: yearbook signing.

On Friday morning, senior Sierra Madden traveled from sign to sign writing notes on the backs for her friends.

“Since we can’t go to each other’s graduations, the parents all chipped in… teachers, students and the community,” Madden said.

“With the help of other individuals on social networks, our family, friends, coworkers and relatives and just community members we succeeded,” said Willerval, thanking those who helped out. 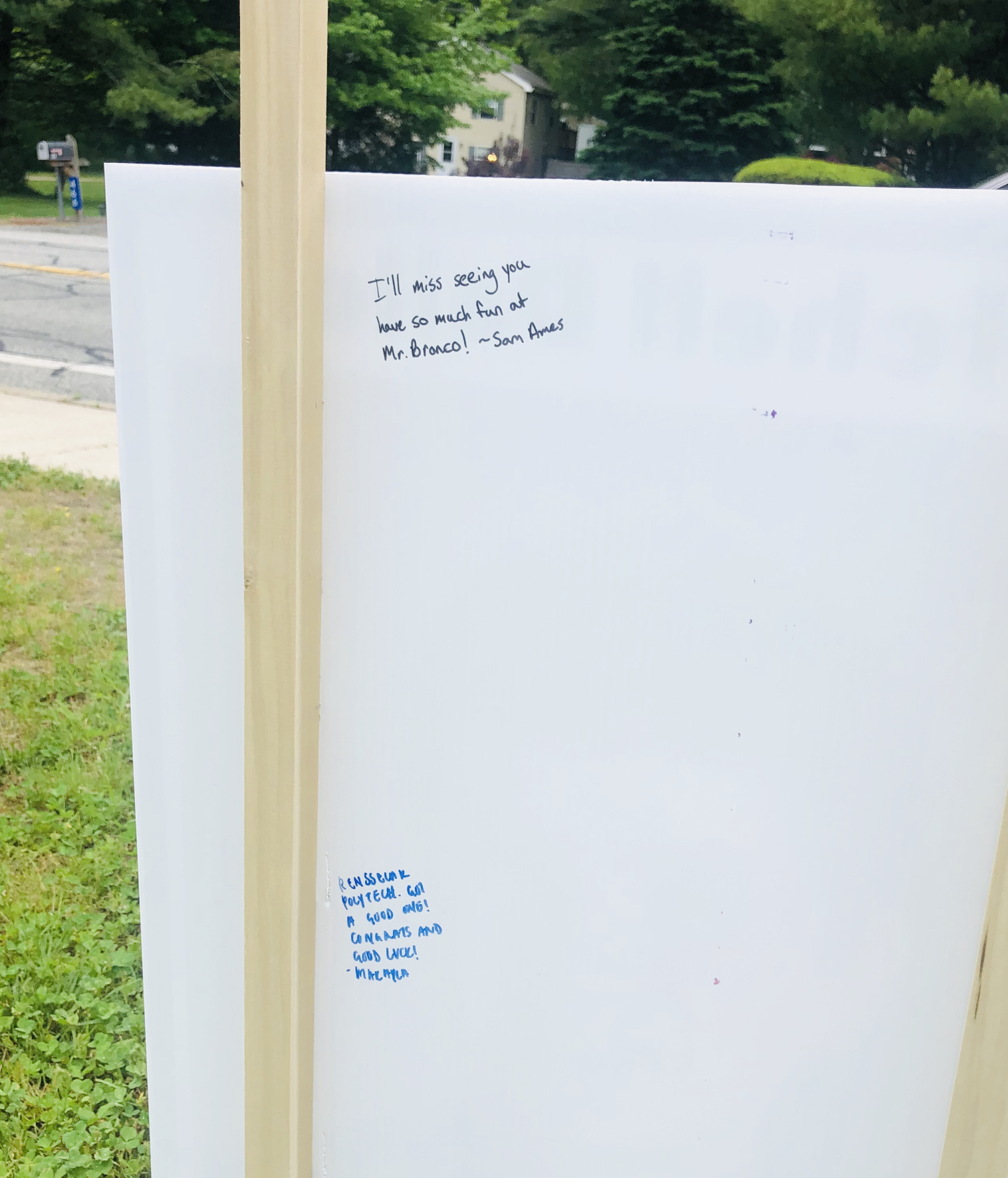