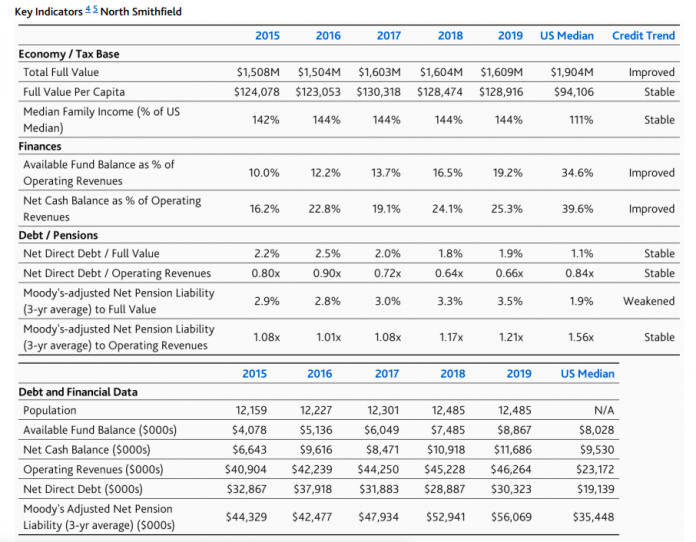 NORTH SMITHFIELD – The town of North Smithfield has a “very good,” credit position according to recent audit comments from Moody’s Investor Services, but Town Administrator Gary Ezovski warns that the entire state will likely see dark financial times ahead.

Comments from the bond rating company were presented at the Town Council’s virtual meeting last week. Moody’s kept the town’s General Obligation bond rating at Aa2, noting the credit position is slightly above the median rating of Aa3 for cities nationwide. “The notable credit factors include a healthy financial position, a strong wealth and income profile, a sizable tax base and moderate debt
and pension liabilities,” Moody’s noted. “Overall, the town has a very solid financial position, which is aligned with the assigned rating of Aa2.”

North Smithfield’s cash balance as a percent of operating revenues is beneath the U.S. median, but has grown significantly since 2015, from 19.2 percent to 25.4 percent in 2019.

“It is all, I think, very good news,” Ezovski said. “The things that we have control over are either improved or stable.”

The company notes that the nominal size of the town’s reserves is slightly
above the US median, although the fund balance as a percent of operating revenues is lower than other Moody’s-rated cities nationwide.

The value of the property tax base has risen from $1,508 million in 2015 to $1,609 million in 2019, and debt has decreased from $38 million to $30 million. The median family income in town is also significantly higher than U.S. cities nationwide, according to Moody’s.

“We’re not the Rockefellers, by any stretch as a family, but we’re also a family that’s in pretty good shape,” Ezovski said.

The administrator noted that the only category in which the town didn’t improve – pensions – is dictated by the state, and that the weakened status is likely a function of change in estimated return on investment.

“That is something that we don’t control,” Ezovski said. “All of our pensions are driven by the state plan.”

But Ezovski noted that the town is fortunate that the annual comment was delivered to the town on April 8.

“It’s good that we are in the shape that we’re in, with what’s about to hit us in the next few months with the upcoming budget,” he said. “From what I’m reading and what I’m hearing as it relates to the state budget they’re going to be considering some things in our town budget that we probably haven’t considered in decades.”

“We’ll have to be very careful in what we do. I don’t want to see all of the good work that we’ve done evaporate,” Ezovski added. “Chances are, the middle of this year, it’s going to rain pretty hard.” 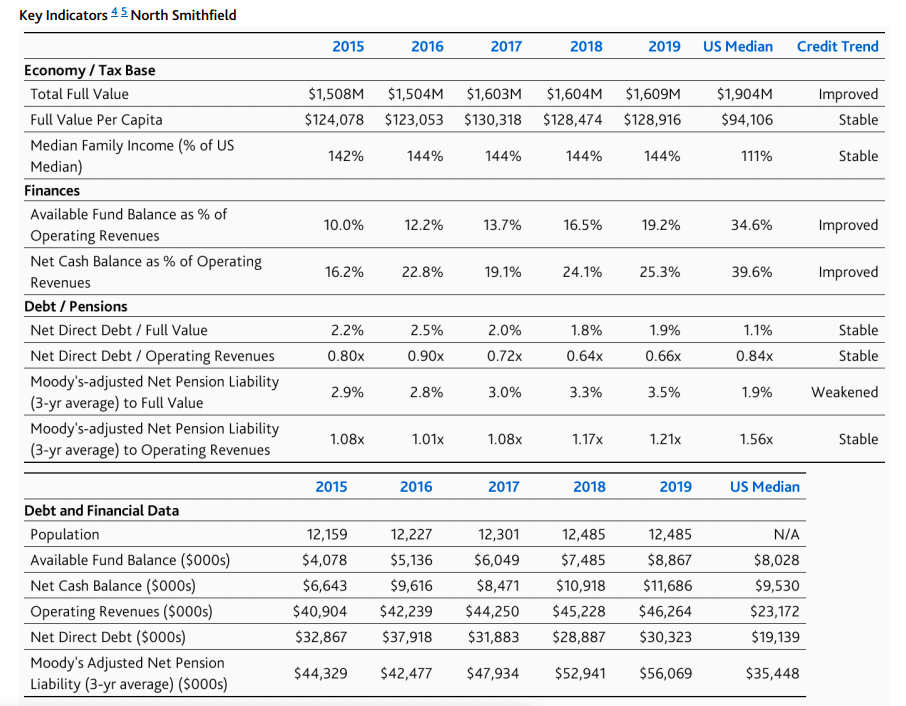