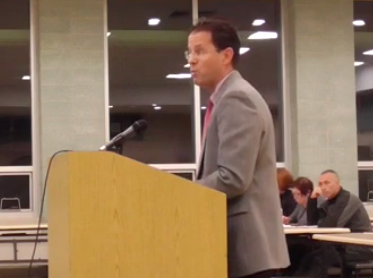 NORTH SMITHFIELD – By a 4-1 vote, the North Smithfield Town Council this week ratified a tax treaty and development agreement with a solar developer planning to install a 38.4 megawatt array on Iron Mine Hill Road.

The agreement is expected to bring in close to $5.4 million in payments to the town over the next 20 years, and the development plan also includes a one time payment of $287,500.

Developer Mark DePasquale of Green Energy Development has offered to build bathrooms and concession stands at the North Smithfield High School athletic fields in place of the cash, although details of how the plan will be worked out are still up for discussion.

“The developer has extensive experience in public projects including schools,” said Stephen Bursini, an attorney working for DePasquale.

Bursini said that if the project can be completed for less than $287,500, then the town can keep any remaining funding.

Councilors had already granted preliminary approval to the deal at a meeting in October, with Solicitor David Igliozzi to hash out any needed changes in language.

Bursini explained those changes Monday night, which included wording that will not limit the town from changing how the improved property is assessed or classified for tax purposes, if cases challenging the current law on taxation of solar succeed.

“There’s at least some dispute as to what taxing powers a municipality has,” Bursini explained. “There are several municipalities involved in litigation who are taking the point that the regulations only relate to tangible taxes, and don’t relate to real estate taxes.”

Of the town of North Smithfield Bursini added, “Whatever authority it has right now it has. No one is trying to take that away.”

Currently, the developer has agreed to pay the town $2 per kilowatt above and beyond the state-mandated rate of $5 per kilowatt for the solar energy.

On Monday, the only significant change to the agreement was made at the urging of Councilor Douglas Osier, who question why the town was planning to put $600,000 – 50 percent of funding for decommissioning – into a bond.

Bursini had suggested that the funds be placed into a special hybrid bond created specifically for the purpose of solar decommissioning.

Osier and Zwolenski said they weren’t comfortable with the idea.

“You don’t just invest without knowing,” said Osier. “I think we should be more prudent.”

“We tried to pull a bond for construction of sewer and water. It went no where,”said Zwolenski. “I’m concerned. I’m not comfortable with some hybrid bond that no one has explained to me. Do I want this to happen? Absolutely. Millions of dollars are going to be made off this project. But we’re opening ourselves up for a potential catastrophe.”

Osier made a motion to adjust how the decommissioning funds were split, with only 30 percent going into a bond, and the remaining 70 to be kept in regular interest bearing accounts. The motion passed 3-2 with Councilors Claire O’Hara and Paul Vadenais voting against the change.

Councilors also expressed concerns with the dollar amount set aside for decommissioning, noting that it amounts to $30,000 per megawatt, while other communities have required up to $50,000.

“I think we came up with the number without fully thinking about it,” said Osier. “I think we underestimated what it’s going to cost to remove. We need to look at what the cost is down the line to make the best decision possible.”

“I am not happy with the decommissioning amount of money,” Zwolenski agreed.

Bursini argued against the idea, pointing to past solar projects in town.

“If the Town Council is going to make distinctions between two projects it needs to be very clear as to why,” said Bursini.

The agreement was ratified by a vote of 4-1 with only Osier dissenting. The project is now firmly in the hands of the Planning Board, and members are working with the developer to create a master plan for construction, a process expected to take several months. 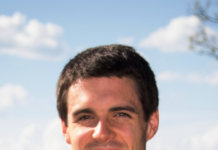 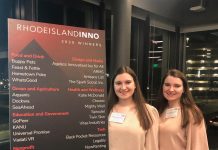