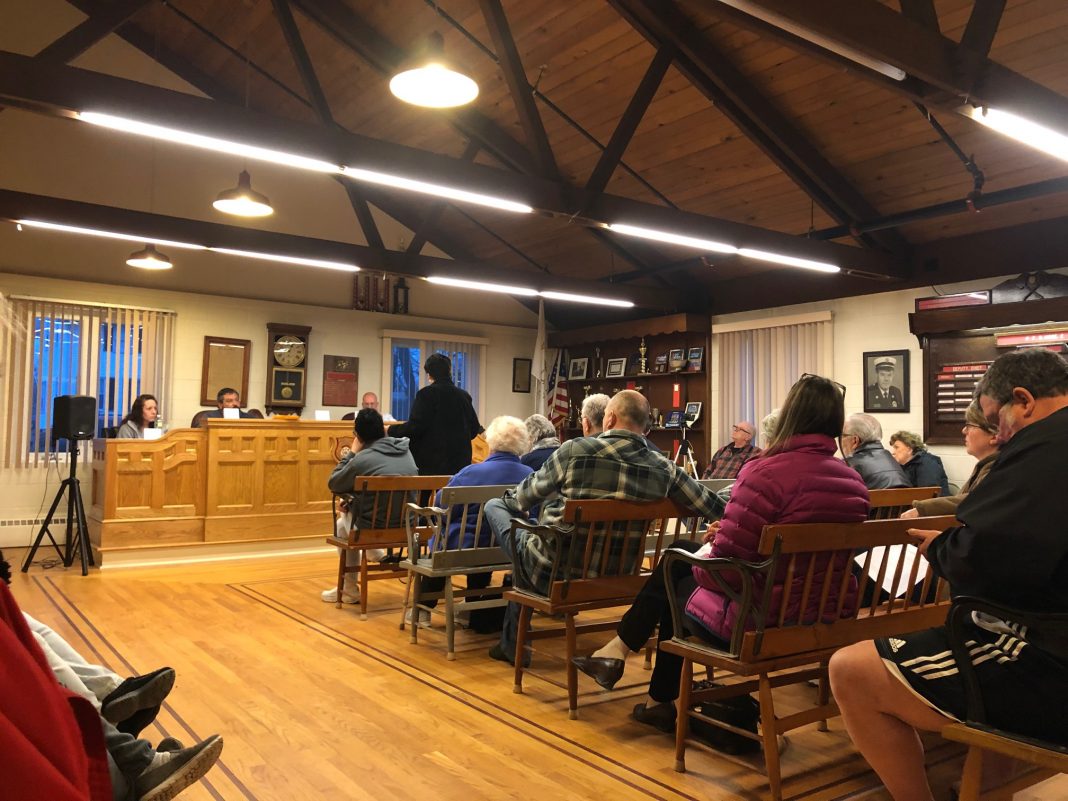 BURRILLVILLE – The Pascoag Fire District picked up the bill for thousands of dollars in attorney fees related to ethics complaints submitted against Chief Harold Carter and members of the commission, according to invoices obtained by concerned residents.

Residents, who say they have become increasingly concerned over management and spending in the district, were told last year that they would not be charged for the legal defense of commission members Linda Carter and Brian Mathieu, or Chief Carter, as they faced complaints before the Rhode Island Ethics Commission.

But records obtained by taxpayers show that one attorney charged the district hundreds of dollars every month for conferences and communications related to the complaints.

“We’ve asked a lot of questions over the past few years and haven’t gotten any answers,” said resident Cynthia Lussier of ongoing issues in the district. “We’re spending thousands and thousands in attorney fees, for what? It needs to be reigned in.”

The charges related to the ethics complaints begin on March 23, 2018, when former district Attorney Jeffrey Kasle met with Chief Carter to discuss the matter, charging the district $43.75.

Additional charges of $175 and $43.75 that same week covered, in part, review of the complaint and a conference on the matter with the chief.

Kasle charged $262 for a conference on the complaint that also addressed a separate matter regarding access to public records on April 2, according to bills obtained by residents. A review of the Code of Ethics and response to the complaint cost another $350 on April 7, and and $393 on April 14.

While Kasle didn’t represent either the commissioners or the chief before the state ethics board, he did speak to attorney Albin Moser, who did defend the Pascoag fire crew, and others throughout the month on the issue, and the district budget took another roughly $500 hit.

Charges related to the ethics charges continue through August and total well into the thousands.

While charges against Chief Carter were ultimately dismissed, both Commissioners Carter and Mathieu were found guilty of ethics violations and fined $500 and $1,000, respectively.

Moser took over as district attorney in October after Kasle resigned, a role he would keep for just two months before resigning himself.  Commissioner Carter’s decision to vote the attorney into the job while he was privately also representing her was among the reasons she was ultimately found guilty of violating state ethics law.

It’s such issues that residents say have led them to become increasingly involved – and concerned over how their fire tax money is being spent.

Watson is among a group of residents that continues to attend the district’s monthly meetings in hopes of getting answers, and seeing change.

It’s a group that Moser and others have charged with being too disruptive, and with preventing district officials from conducting normal business.

They vehemently dispute the claim, pointing to additional issues including massive spending on overtime, laws that are ignored and an employee who has been on paid suspension for a year and a half.

“The district is hemorrhaging money,” said Lussier. “There’s a reason why people are continuing to go to these meetings. That’s our money that’s being spent.”

Laurie McCutcheon, who was hired for administrative work 17 years ago and eventually took on additional work as district treasurer, was put on paid leave in January of 2018. She remains suspended with pay, while two part time clerks are paid $20/hour 30 hours each week to do her work.

“She’s been wrongfully expelled because she reported fraudulent overtime,” said resident Julia O’Rourke. “There’s been no investigation. They can’t come up with anything she’s done wrong.”

“We don’t have people who are capable of running a million dollar business,” said Watson.

Several residents have called for commissioners Carter and Mathieu to step down.

In April, Keable joined the list of those who have resigned. In his resignation letter, obtained by NRI NOW, he states the decision was due to “increased work and family obligations.”

Mathieu, who has served as chairman in Keable’s absence, did not immediately respond to a request for comment.

The Pascoag Fire Commission’s next meeting is scheduled for Monday, May 13 starting at 7 p.m. at the Howard Avenue fire station.