Home Police and Fire Disabled firefighter tells his side 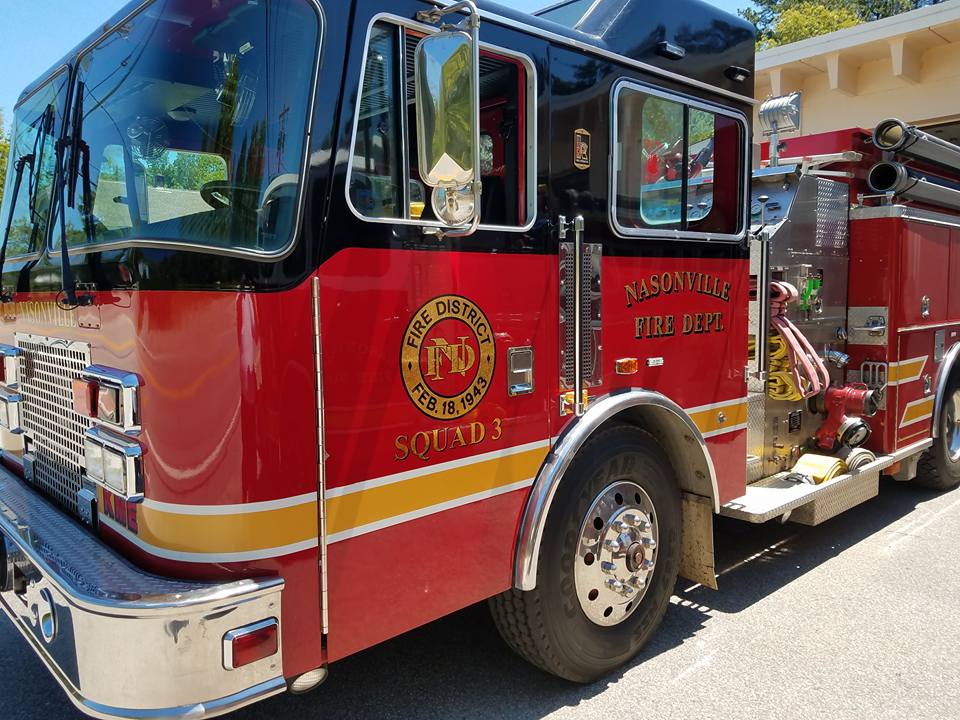 BURRILLVILLE – The Nasonville firefighter who recently filed a lawsuit against the Oakland Mapleville Fire Department says that he got into the profession to help others, and that he has completely changed since committing felony crimes some 30 years ago.

Richard Hartley reacted this week to a story on NRI NOW that laid out his criminal record, and involvement with local fire departments over the past eight years.  Hartley was the union vice president in Nasonville before residents voted to let go of the district’s paid staff last September.

The firefighter was one of 44 people tried and convicted as a member of the infamous “Golden Nugget Gang,” a group of burglars involved in organized crime throughout the state in the mid 1990s. His arrest was part of an infamous large-scale take down of organized crime in Rhode Island, and he pleaded guilty to felony charges of racketeering, conspiracy, attempted breaking and entering, breaking and entering and other crimes and was sentenced to 10 years in the ACI.

But Hartley points out that he was later exonerated for armed robbery charges that he says he didn’t commit. And now, he says, he’s a different man than the one who served time.

And while he has been involved in lawsuits against some local fire departments, as noted in a story published on Monday, April 15, he says there were not nearly as many as one source stated.

Hartley said he first applied for a job as a full-time firefighter in Central Falls in 2012.  He says he filed an age discrimination claim in that city because he was told by friends involved in the interview process that they wouldn’t hire him, because at the age of 44, he would not have enough time to contribute to the municipal pension system before retirement.

Hartley then began work in Nasonville, where he was employed for years before he was injured on a rescue call in 2016.

He says he did apply for a position in Coventry – in hopes for better wages and working conditions – that same month, but it was before then Chief Joseph Bourquin placed him on injured leave. Hartley was on duty alone in the small village fire department when the injury happened, and mutual aid was sent in from Oakland Mapleville for a rescue call.

That, he says, is when he landed on top of a patient after OMFD firefighter Robert Casale dropped a stretcher. The incident is the reason for the lawsuit Hartley filed against that neighboring district last month.

“There’s no question of who released the stretcher,” Hartley said. “He completely let go of it.”

The medical leave, he notes, didn’t start until September of that year, and he had his first operation a few months later.

In Coventry, meanwhile, Hartley says the board asked him about his criminal record before granting him an interview, a process he says put him at an unfair disadvantage.

“They didn’t look at my credentials. They could care less,” he said. “They were in a room talking about my record. They shouldn’t have done that.”

“If people try to better themselves, they will, and I feel that’s what I have done,” he added.

The firefighter noted that he’s involved in one additional lawsuit that his lawyer says he’s “not allowed to disclose.”

But he denies the assertion by Coventry Fire District Solicitor Anthony Reed that he filed eight other claims. Reed reportedly made the statement to board members in that town before they voted to grant Hartley a $37,500 settlement in April 2018, as noted in meeting minutes submitted with the Rhode Island Secretary of State.

“I have no idea where he came up with that,” Hartley said. “The eight departments is a blatant lie.”

Harley says that he’s grown and changed a lot since the crimes he committed 30 years ago, and that he deserves a chance to be treated fairly.

“Everyone has a past,” he said. “We all have obstacles and hurdles to get by in life.”

He says he’s spoken to several youth organizations about paths taken in life.

“Just because you make a mistake, doesn’t mean you can’t turn around and do better with your life,” he said. “I was a stellar firefighter.”

In the profession, Hartley says he saved several lives, including reviving a former police chief that had suffered a massive heart attack. He’s won numerous life-saving awards, and treasures a letter of thanks he received from one mother who’s child he saved.

“I chose this field because I wanted to give back to people,” he said. “I couldn’t think of any better way of giving back.”

“I feel that things I’ve seen in my life have made me a better firefighter,” added Hartley. “I fought the battles that were brought to me.”

Alleged fight over drug money leads to arrest of couple at...