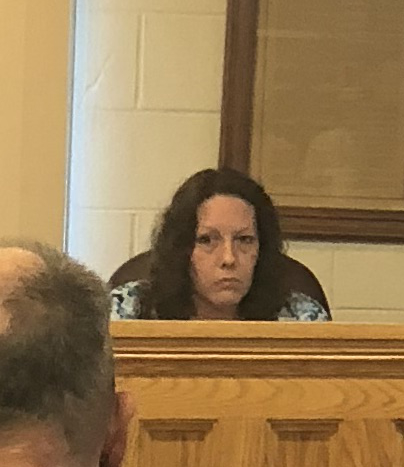 PROVIDENCE – The investigation of an ethics complaint filed against a Pascoag Fire District commissioner has been extended 60 days by the Rhode Island Ethics Commission.

The complaint, filed by Gregory McCutcheon, alleges that Commissioner Linda Carter approved payments from the district to herself and family members several times rather than recusing herself from the votes.

The complainant is the husband of former district tax collector Laurie McCutcheon, who was suspended from the job in January after 17 years of service.

The tax collector herself had submitted two complaints against District Chief Harold Carter – Linda Carter’s brother-in-law – alleging that he had violated laws against nepotism in treatment of his niece Brianna Carter, who also works for the department, and his brother, Keith Carter, who serves as deputy chief.

The commission dismissed both of those complaints in September, ruling that there was no probable cause for the chief’s alleged violations.

The complaints against Linda Carter included attached copies of the meeting minutes and check logs showing payments to herself, as well as her son, her daughter, her husband and her brother-in-law.

At the commission’s meeting on Tuesday, Oct. 16 the allegations were discussed in executive session. Members voted unanimously 6-0 to grant the 60 day extension requested by the prosecution.

According to commission rules, an investigation must be completed within 180 days after the complaint is filed, unless an extension for is approved for good cause, with a maximum of two such 60-day extensions. Commission Director Jason Gramitt also holds the title of chief prosecutor.

Like her brother-in-law, Linda Carter is being represented by Providence-based attorney Albien Moser.

The district, which held their regular monthly meeting on Monday, Oct. 15, has still not approved a budget for the upcoming fiscal year. Pascoag voters tabled the budget presented by commissioners in September after learning that the previous year’s audit was not yet complete.

On Monday, commissioners voted to hold a special meeting on Tuesday, Oct. 30 to present the budget document to voters for a second time. The fire district’s fiscal year begins November 1.

Residents, however, said they had additional questions for the board this week, including the issue of a 2014 buyback program for firefighter pensions. Several noted that the transfer of the money never took place, an issue NRI NOW plans to explore in further detail at a later date.

One woman presented the board with a 19-page packet of questions.

The Special Meeting to address the budget will be held at 141 Howard Ave. in Pascoag starting at 7 p.m. The agenda can be found here.